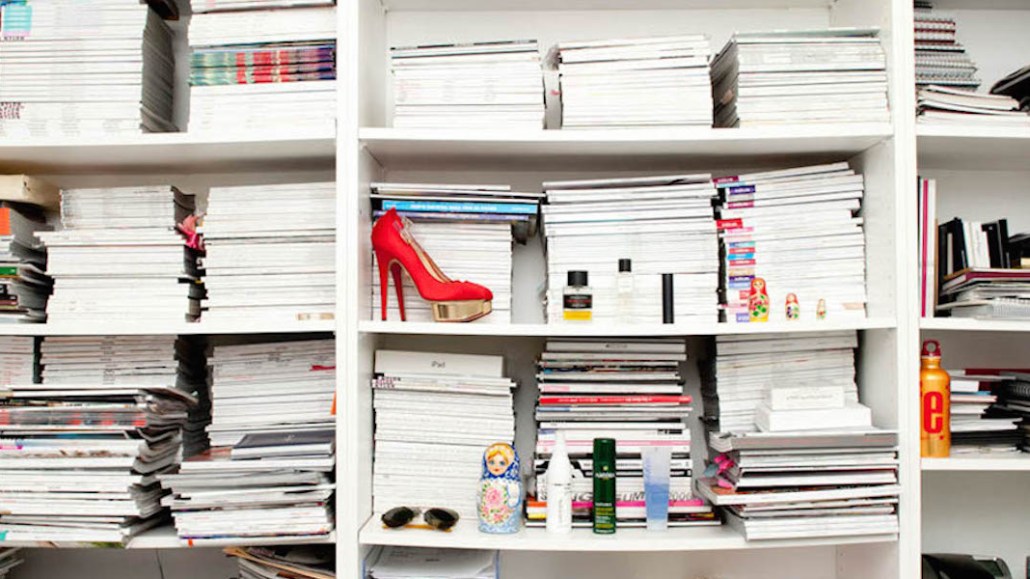 Fashion publishing is in a tricky spot. As once-popular magazines continue to shutter and publishing houses tighten their budgets, staffs at any glossies still intact are shrinking. The rise of the internet, and more accessible fashion and beauty websites, has led traditional publishers to focus more on digital, competing with those that are online-native to produce the most clickable content at the fastest pace.

Rather than rely on an endless stream of pricy hires, most of these publications have turned to freelancers to pick up the slack — and, boy, do they have options. The latest McKinsey study on the so-called “gig economy” estimates these independent workers make up roughly 68 percent of the U.S. workforce.

But those writing for the fashion and beauty industry aren’t exactly living the Carrie Bradshaw dream. Instead, they’re fighting for space in an increasingly competitive landscape and getting paid much less than their on-staff counterparts.

For our latest confessions, in which we grant anonymity for honesty, we spoke to a writer who has worked for some of fashion’s top publications for roughly eight years. When her last magazine employer shuttered last year, she decided to give freelancing a shot for the first time. Below, she weighs in on that experience so far — which has included reveling in her freedom, but also lamenting the loss of both her expense account and her assistant.

On the most surprising aspect of freelance life:
I spend more time coming up with ideas, pitching editors and chasing them on e-mails they haven’t responded to — as well as chasing sources who haven’t responding to emails — than actually writing.

On the loneliness of the job:
It can be lonely sometimes. I had this vision of freelance life as being very “ladies who lunch,” where I’d be constantly hanging out with other friends with flexible schedules or going to yoga in the middle of the day. Sometimes that does happen, but more often, I’m on deadline and can’t really do those things. Instead, I spend a lot of my time alone in a coffee shop or working from bed.

On being your own boss:
Now that I’m not working in an office, it feels liberating. I oversee my own schedule and, in some ways, answer only to myself. I’ve gained a lot of confidence by being my own boss and deciding which stories to pursue based on what I think is most interesting, instead of what one other person who’s paying me thinks is most interesting.

How job security differs for freelancers, in good ways and bad:
In some weird ways — given the current publishing landscape — it almost feels like there is a different security offered by freelance life. No matter what magazine folds next — even if it was one source of income for me — it doesn’t signal the end of my job; I’m going to have other sources of income. And that happens all the time. In the year I’ve been freelancing, I’ve witnessed numerous magazines and websites fold.

At the same time, the stability of a paycheck once calmed a lot of my anxieties, and that’s no longer something I can rely on. My pay is directly correlated to how much work I put into my writing and pitching that week, and it’s also a bit reliant on luck. I might pitch to someone who’s on vacation, for instance, or an editor might reject all my ideas. That’s a lot of time spent on something that doesn’t result in money.

On the perks of a full-time job:
Since I don’t work for a company, I’m responsible for all the little things a company would provide. For instance, I don’t have an assistant like I used to, so I have to transcribe all my own interviews, handle my own scheduling and research everything. I also don’t have co-workers to bounce ideas off of or an editor to look over my work and save me from myself. And when you haven’t been paying for supplies like pens, paper and computer ink for so long, and suddenly you’re covering all that stuff yourself, it adds up really quickly.

Another thing I totally underestimated when leaving my last company was how helpful expense accounts are. I never had huge work expenses, but the ability to expense cabs to and from meetings, or use a work credit card when I went out with a writer for drinks, was great. Now I’m on the other end of that.

On the current payment landscape for freelancers:
There’s a huge gap in payment for print articles versus digital. It’s astounding. Print is generally around $2 per word, whereas websites usually offer a flat fee per story, no matter how long it is. The highest online rate I’ve gotten so far was $700, and the lowest I’ve gotten is $100. Honestly, taking on a story that’s 800 words for $100 is not worth it. I try not to take anything on for under $250, but it can feel impossible not to. If a site is offering me consistent work, but refuses to pay more than that, I often feel like I should just accept it.

You don’t get paid until months after you file your stories, so I’ve had to create spreadsheets to track it all. It’s not a given that your check will just come in the mail. You have to file all of your invoices and often follow up with editors months later to check in. It can be uncomfortable, because you’re usually relying on those editors for more work; you don’t want to be too much of a nag. It would be tough to freelance if you had no money saved in the bank from the start, because sometimes, there is a real lag between when you work and when you get paid.

On having pitched ideas stolen:
I pitched an editor some ideas they rejected, and later, I saw those ideas posted on their site and written by someone in-house. But I continued to work with them, because the reality is that these publications have the upper hand, and I’m reliant on them for work. I am not indispensable; there are so many other freelancers who would be willing to work for these publications. As a result, I think some editors believe they’re doing us a favor simply by working with us.

On how publicists treat freelancers vs. staffers:
In this industry, the editor-writer relationships are really important, because you rely on them to keep you in the know and provide you with exclusive information. When you work for a magazine, the name of that title tends to carry a lot of weight, so if you inquire about a new product or a celebrity, publicists are incredibly willing to work with you on that. But as a freelancer, publicists can be cagier about giving information — especially if you don’t already have an assignment but are trying to put together a more informed pitch for an editor. You have to work very hard to become your own brand so that people in the industry will be willing to work with you, regardless.