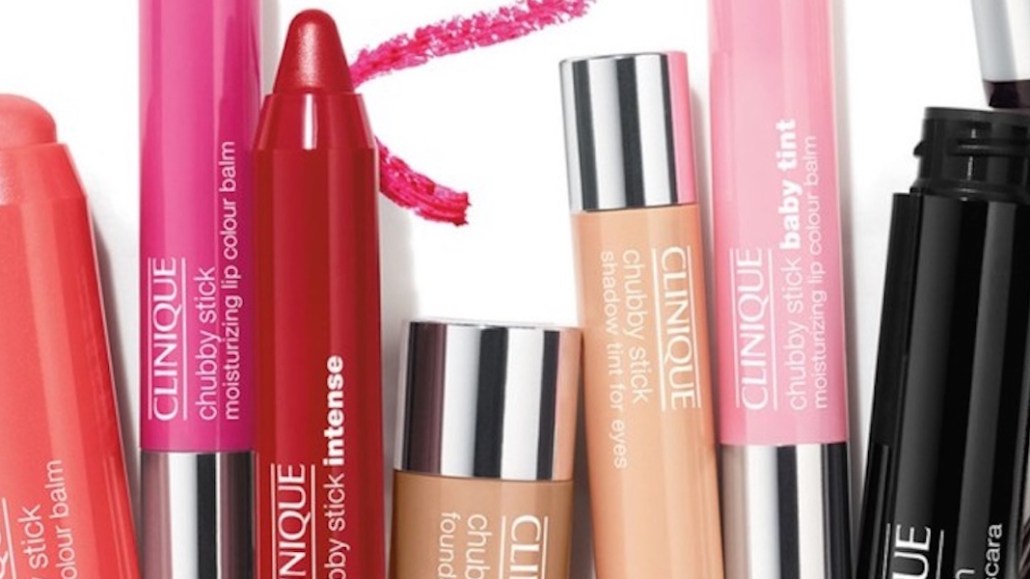 Clinique is working with Google to get more bang for its advertising buck.

Earlier this month, the beauty and skin-care brand turned its print ad campaign for a new line of lipsticks into six-second bumper ads, which are quick clips that play before and after videos on YouTube. Clinique’s in-house team worked with Google’s creative unit Unskippable Labs to add animations, like color swipes and moving lips, to the print stills to make them work off the page.

Clinique North America senior vp and general manager Denny Downs said Clinique’s marketing budget is divided into primary and secondary launches, and is stretched thin. The majority of resources go to the primary launches, which are reserved for product lines that make the brand the most money. In Clinique’s case, primary products are moisturizers and foundations. Those product campaigns will generate different creative assets across TV, digital, print and in-store campaigns. Meanwhile, secondary product campaigns, like lip color launches, typically only involve photography that runs in-store, in print and on social media. The rest is up to word of mouth and organic reach.

“Content marketers keep hearing that video is king, but costs involved in creating good video is incredibly restrictive,” said Jackie Swansburg Paulino, vp of customer success at Pixability, which works with beauty brands on YouTube strategies. “Even for brands with deep pockets, with the amount of content they’re being asked to create today, cutting corners is necessary.”

Regardless of such budget limitations, which are growing increasingly tight as more customer touch points pop up, Clinique previously abided by the content marketing rule that there’s no such thing as one-size-fits-all creative across platforms. But according to a Google rep, the company’s six-second ads performed best when they had a singular focus, like one product, which overlapped with the look of Clinique’s print ads. Megan Haller, a spokeswoman for Unskippable Labs, which helps brands including Clinique create ads for YouTube, said their job is to show brands that you don’t have to “reinvent the wheel” for each new digital campaign.

For Clinique, cutting costs on creative resources became a priority. While it didn’t disclose specific costs, Downs said that the more resources are required to create original video than for original photography.

“We had to unlearn what we had been telling ourselves, which was that we can’t just slap the same content creative into different formats,” said Downs. “But we’re creating so much content for our primary launches across multiple platforms, the idea that we could reuse something at minimal investment is something we have to think about. Creating content has become exponentially expensive, as far as resources go.”

According to data provided by Google, the bumper ads saw a 70 percent lift in ad recall and a 26 percent lift in product awareness, over what Clinique typically sees for its print ads. The highest-performing ad, according to Google, was the video that most closely resembled the print ad it was sourced from.

“This took a lot of pressure off our teams because it gave the launch more legs, but we didn’t have a lot of money to put behind it,” said Downs. “With our secondary launches, we used to say, ‘It is what it is.’ Our hands were tied by our budget. Now we can actually do something about it.”

The prospect of giving these product launches more legs is changing how Clinique approaches its print campaigns altogether. Downs said, going forward, Clinique’s print ads will be made with the video animations in mind. While print takes up the smallest portion of Clinique’s media budget today, he added that it’s still an important medium for high-level awareness.

“Our customer still reads magazines, and print isn’t going away for us, but video gets the most engagement among customers,” said Downs. “In the past, it was too expensive.”