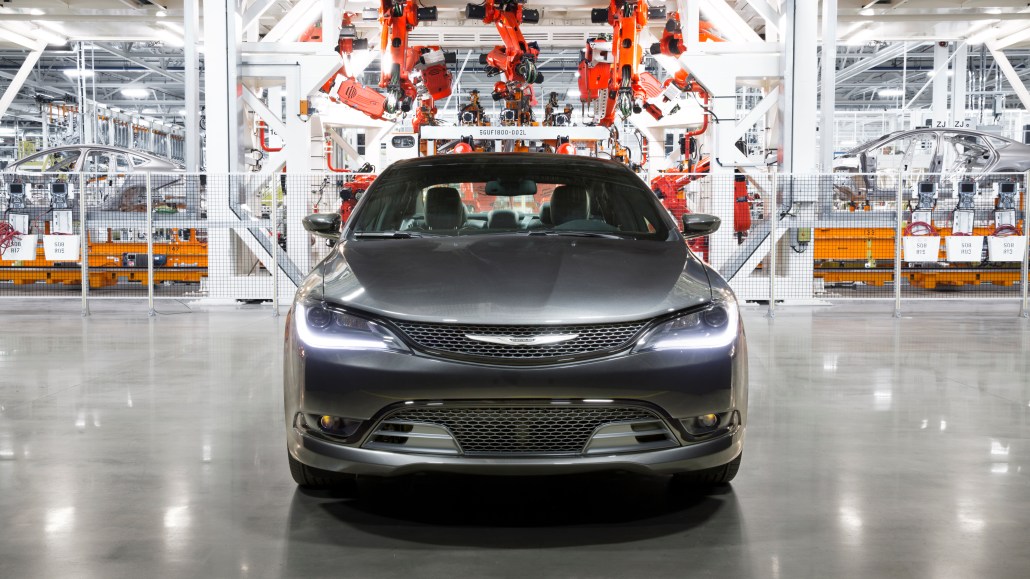 Looking to buy a new car? Sure, you could go see it in a showroom and take it for a test-drive. But if you’re looking at the 2015 Chrysler 200, now you can also take a virtual tour of the factory where it’s assembled and see exactly how it comes together.

The Chrysler 200 Factory Tour, built by Wieden+Kennedy Portland and Google, lets consumers take a deep dive into the various aspects of the manufacturing process just through a couple of clicks. The virtual tour of the company’s Sterling Heights Assembly Plant in Michigan is powered by Google Maps Business View, an extension of its Street View technology catered to businesses, and it stitches together 360-degree panoramic videos and photos of the factory together to create an interactive experience. The tour is available on both laptop and mobile devices, and on both Android and Apple.

Immersive virtual tours are hot right now — Marriott is already offering Oculus Rift tours of Hawaii and London, and a number of digital agencies are honing their virtual-reality chops for future campaigns. In addition, earlier this year, HBO also came out with a virtual tour of Westeros, the fictional setting of its series “Game of Thrones.”

For the Chrysler campaign, a 30-second film called “Reverse” introduces the 5 million square-foot factory to drivers. They can then either explore the facilities themselves or take a tour with the help of 12 different videos dedicated to individual areas of the assembly plant.

The videos come with a running commentary explaining the particular area, and users can even scroll down to get images and small descriptions of the machines and the process, a crash course on the process of car manufacturing and engineering.

One video takes viewers through the “Butterfly Assembly” process, for example, which demonstrates how the two sides of the car’s body are assembled on opposite sides of the factory before they are actually attached. Another highlights “Laser Brazing,” a step in which lasers seal the car’s roof with one long weld.

“The all-new 2015 Chrysler 200 is unlike any vehicle Chrysler brand has produced in the midsize sedan space,” Olivier Francois, Chrysler’s chief marketing officer, told Digiday. “It’s one thing to say we put the ‘new’ in ‘all-new’ and another to show it. There is no better proof of this than the Sterling Heights Assembly Plant. Since we couldn’t bring everyone into the plant, we worked with Google to openly bring it to the people.”