Breaking down the changing state of resort season 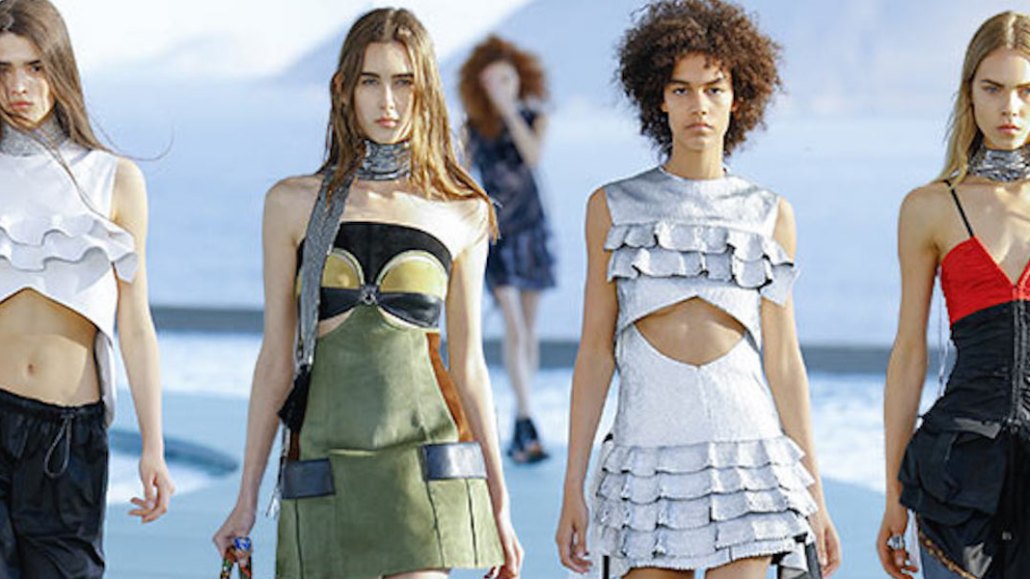 As the transformation of the fashion calendar continues to unfold, the mid-season show circuit — including the current resort season — is feeling the effects.

The changes  include designers showing in unconventional cities and others dropping out altogether, opting instead to combine resort collections with fall presentations. This mirrors the shifts happening during September and February shows. This year, more and more exasperated fashion brands are identifying ways to consolidate in order to avoid holding four shows a year.

This resort season points to a particularly growing chasm among brands and their stance on pre-collections. While companies like Louis Vuitton and Dior shell out millions of dollars on their flashy presentations, others are allocating these resources elsewhere.

The evolution is growing increasingly complicated. Below, we break down the current state of resort season.

What exactly is resort season?
Resort season refers to the period of time before summer when designers hold pre-collection or capsule shows, usually between May and July. The term is a nod to designers making collections specifically for consumers planning summer vacations, and the collections primarily skew to styles for warm weather, like swimsuits and lightweight pieces.

Where do they take place?
The shows are held in various locales around the world, rather than centralized in major fashion capitals. This year, designers took to traditional fashion cities like New York, Milan and Paris, while others like Louis Vuitton took to Kyoto and Gucci showed in Florence earlier this week. (Last year, Karl Lagerfeld took Chanel to Cuba for a flashy, ostentatious show that drew criticism for its tone-deaf approach within a particularly disadvantaged community.)

Christian Dior got even more innovative, hosting a show for 800 people in the desert of Calabasas, California, inspired by the natural backdrop and ability to draw notables from nearby Los Angeles. Despite the innovative and unique locations, the fragmentation is challenging for showgoers, who have to plan travel to multiple cities in order to cover the events.

Who attends these shows?
Primarily, buyers, press and influencers. This the same group that attends the fall and spring shows, but typically a smaller bunch. There is also less of a street style presence, so these shows tend to be free of crowds of fashionistas gunning to get their photos snapped.

Do all designers show resort collections?
No. In fact, a growing number of designers who previously held shows are opting to drop out altogether or combine the looks into their September shows instead. Jason Wu announced last week that he is ditching his resort show and integrating the looks into his fall presentation, admitting to Vogue “it’s really exhausting to present four times a year, it’s time to savor a little bit more.”

What does this exodus mean?
For one, Wu isn’t alone in his feelings on this. Tom Ford, Tommy Hilfiger and Thakoon have all dipped out, as well, deciding instead to do in-season shows in an attempt to respond to see-now-buy-now demands that allow consumers to purchase styles right off the runway. Meanwhile, Proenza Schouler is showing during Paris Couture Week in July, rather than hold a traditional resort show. These shifts can change the way buyers operate and timing for when products hit stores.

“Frankly, it seems like a lot of pressure — particularly on a young designer — to churn out so many collections every year,” Leandra Medine wrote last year. “Why not just split the ‘mainline’ collections into two drops? This way stores and consumers are getting four installments of fresh product at different times.”