Booth babes and tech bros: How sexism is holding back women in fashion tech 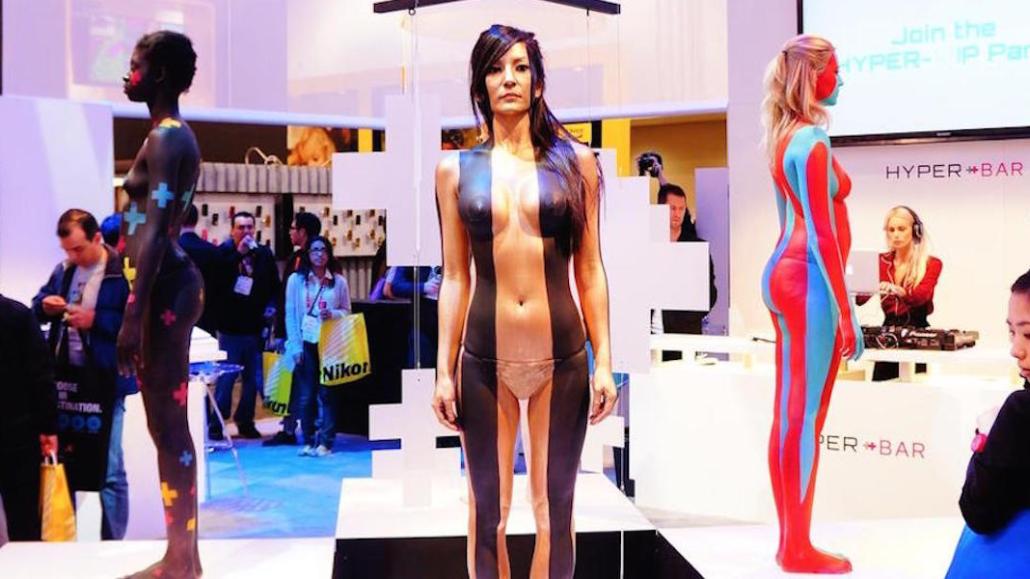 After working as a professional model for several years, Olya Ishchukova was starting to feel worn out by the financial insecurity. She moved from Russia to San Francisco in 2010, when she began taking marketing and public relations projects at tech companies to pay the bills. It was then she discovered she could supplement her salary with a lucrative side hustle: promotional event modeling.

Event modeling in Silicon Valley typically entails showcasing products for startups at trade shows and industry events. In recent years, these models, largely comprised of young, attractive women, have become known infamously as “booth babes.” Ishchukova recognized the demand for this type of woman and saw an opportunity to capitalize. In 2013 she created her own modeling agency, Models in Tech, dedicated to staffing events for tech companies.

“Companies need to promote new products, like wearables, when they go to a big show like [the Consumer Electronics Show],” she said. “In many cases, their team is not big enough, or it’s too expensive to fly them out. So they hire our local talent, who are attractive — because people like attractive people — and also knowledgeable. We require training.”

The company now operates in 12 cities, mostly in the Western U.S., with a staff of about 250 people. Ishchukova said Models in Tech is selective about the work it does — for starters, it won’t send models to private parties or put them in revealing outfits. However, she said a company once called to request a model to come to an event wearing a pink latex suit, in a nod to the cartoon Pink Panther.

“I started laughing. I was trying to be respectful and explain this a different kind of agency; you probably want something else,” she said. “Most of the time people understand what the agency can offer.”

However, for a number of women working in tech, Models in Tech serves as the embodiment of a culture of gender discrimination deeply ingrained in Silicon Valley.

Rise against the booth babes
Despite Ishchukova’s insistence that her models aren’t used as oversexualized props, the company has been cited in several reports about sexual harassment lawsuits brought against Upload, a virtual reality company located in San Francisco. One former Upload employee told the New York Times that the appearance of models demonstrating the VR technology created an atmosphere where “women are seen as the candy in the room.”

This isn’t the first time the tech industry is experiencing controversy for using models at events. In 2013, the Apple accessories company Hyper came under fire for featuring models at its booth at CES wearing skimpy bikini bottoms, with only paint covering their breasts.

At the time, Karen Chupka, svp of the Consumer Electronics Association, scolded the media for creating the term “booth babes” and defended Hyper and other companies that were being criticized for hiring them.

“The story has been overly sensationalized … A lot of people are hired to come in and support exhibitors, since the booth is only one-third of the cost of attending the event,” she said at the time. “I can’t understand. This is the year 2013, and I thought women had come farther than this. I’m really appalled that anybody prints the word ‘babe’ and thinks that’s okay.”

For some women who work in technology, the presence of models at shows and events exacerbates a climate of sexism that’s pervasive in the industry, according to Marija Butkovic, co-founder of Women of Wearables. After Ellen Pao, a former junior partner at venture capital firm Kleiner Perkins, unsuccessfully sued her company for gender discrimination in 2015, a group of women in senior tech positions launched the “Elephant in the Valley” survey to unearth insight on sexism in the industry. Their findings showed that 84 percent of female respondents have been told they were too aggressive, 66 percent felt excluded from networking opportunities for being a woman, 90 percent had witnessed sexist behaviors in the workplace and 60 percent fought off unwanted sexual advances.

“I find hiring booth babes at tech events, regardless of the vertical, disrespectful toward all women — not only those in tech space, but especially toward those in the tech space,” Butkovic said. “The technology industry has a very bad reputation. It’s very male-dominated, and we don’t need an additional layer of sexism like this to make things even worse.”

Kent Bye, host of the Voices of VR podcast, echoed Butkovic in an interview with BuzzFeed, in which he shared feeling uncomfortable by the presence of models at an Upload party he attended. “What message is that telling me and other women in the industry, hiring models to play that role?”

Fighting gender discrimination
Butkovic, who is based in London, created Women of Wearables to support females working in wearable technology, virtual reality and augmented reality, after experiencing a lack of support while creating her own line of smart umbrellas. She said that, for many women, working in any area of tech can feel like fighting an uphill battle, perpetuated by the preponderance of male leaders that create a culture of excluding women. (According to a report by The Information, 89 percent of investment decisions-makers at the top 72 venture capital firms are men, and 75 percent are white.)

“Male investors invest in male founders,” she said. “A lot of these startups have been founded by very young men in their twenties, who haven’t been in a managing position before, and they asked their bros to join them. This means that — without almost any experience in leading a business, not to mention [lack of experience handling] HR, and with a lot of money from VCs in their pockets — they get the chance to set up the rules in their business.

She added: “Media doesn’t help, either — praising [men] for their success when they raise those big rounds and come up with ‘groundbreaking’ ideas. This all, of course, enormously affects their ego for the worse. And that’s where problems start.”

Though Butkovic said she hasn’t personally experienced sexual harassment or overt discrimination, she has heard several harrowing tales from peers in both the U.K. and U.S. One such peer is Karen Winton, managing partner of Nest VC, an investment managing company. Winton said that, in one of her early jobs, she discovered a male colleague who was junior to her had a starting salary 25 percent higher than her salary at the time. When she brought the issue to the CEO, she was told that “unfairness was not a reason to complain.” She left shortly after.

“The lack of women in tech has simply emboldened the bro culture’s wholesale embrace of bad behavior that has become a hallmark of sexism in the tech industry,” Winton said. “Unlike many corporates that have shareholders and governance issues to consider, tech startups seem to think they can behave as they like, and many of them do.”

Increasing visibility
In 2015, San Francisco-based retail and crowdfunding company Betabrand launched Silicon Valley Fashion Week, an event designed to spotlight emerging fashion-oriented tech products. Mustafa Khan, producer of the SVFW, said his team made it an explicit goal to include as many female designers in the runway shows as possible, and he invites many of them to do mid-show interviews onstage to discuss their work.

“We see Silicon Valley as a melting pot. It’s a combination of so many interesting people,” he said. “We didn’t want it to be the typical fashion show. We have engineers and all different types of people who aren’t typical models on the runway. We see this as an opportunity to put them in front of an audience and let the world know women are making amazing products.”

In spotlighting more women, the aim is to encourage future generations of aspiring female tech leaders to follow suit. “We haven’t sought to fight gender discrimination at SVFW as a stated intention, but we’ve always favored having creators, friends and drones show stuff on stage, so this results in all kinds of show-offs on our runway,” said Chris Lindland,  founder of Betabrand.

However, Butkovic said that in order to create lasting industry-wide change, companies need to avoid “brochure awareness,” a term she uses to reference organizations that claim they support women in tech, but aren’t actually doing anything to move the dial.

“There needs to be more support, mentorship, investment and visibility,” she said. “It’s not a simple solution, because the problem is not simple, either. Companies need to actively work and collaborate with startups and organizations to increase the ratio of women. Unless we start actively working on this problem, we will still have the same problem in ten years’ time.”

Winton provided a more top-down approach to solving the problem, and said that, while giving more visibility to females in fashion tech is a good start, there is still significant work to be done across all sectors. For her, that starts with leadership.

“It’s simple: There needs to be zero tolerance of sexism from the top down, from Day 1, whether it’s three founders in an early stage startup, a 100-person scale-up, or a 30,000-people-strong global tech company,” she said.