‘Big agencies are more mechanical’: Why Popchips is trading its big agency for a small one 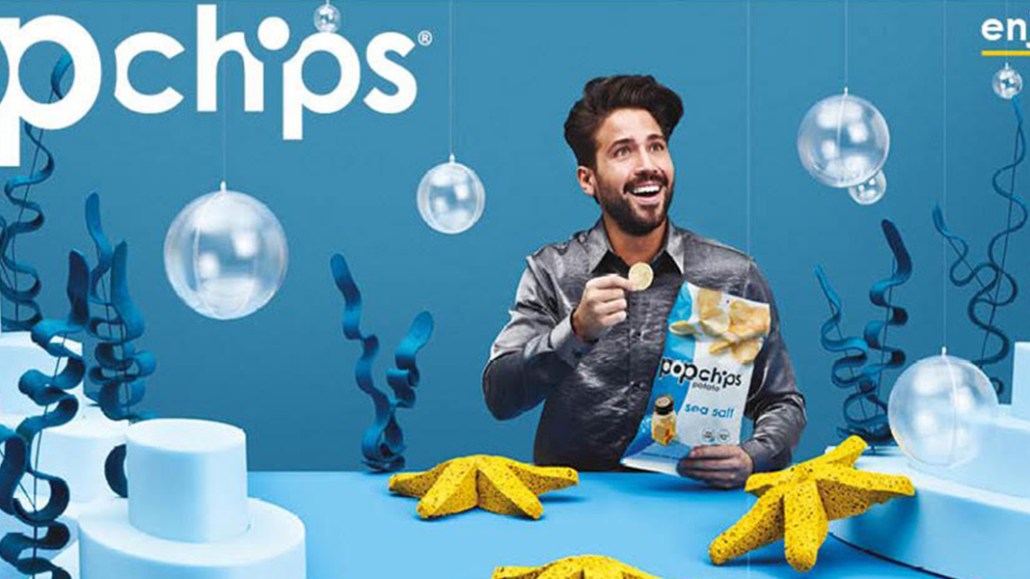 Popchips’ media business used to be handled by Palisades, one of the larger media agencies in Los Angeles with $350 million a year in revenue and clients such as Netflix, Vizio, and Pacific Life. On June 1, Popchips plans to announce that its new agency of record will be PK4 Media, a privately held agency of 10 employees with KitchenAid, American Media Inc. and Discovery Channel as clients.

Popchips isn’t alone in trading big agencies for small, or boutique, ones. The large agency model is based on the premise that they can deliver big scale for companies, often at a discount. But as more companies become interested in targeting over reach, they’re moving their business from big to small agencies. Even holding companies have struggled to keep accounts. An August 2017 study by independent research firm COMvergence found that out of 42 pitches, 16 moved their business from holding companies to independent shops, with Sprint, Honda and Darden Restaurants moving media planning and buying to Horizon Media, RPA and The Tombras Group in 2017 after working with a holding company.

Companies that target narrow audiences in particular don’t need the scale that large agencies can provide, which is the main reason Popchips decided to abandon the large agency model, said Popchips CMO Marc Seguin. The discount rates on impressions Popchips used to get from the large agencies the company worked with in the past didn’t help the company fulfill its goals (and it wasn’t always easy to tell if its discounts were put in place or worked). Popchips is trying to make an emotional connection with its target, health-conscious women, so where its messaging appears is more important than the number of platforms it uses or the total number of impressions achieved.

Big agencies can also be hard for clients to navigate. At large agencies the company has worked with in the past, Popchips worked with five to 10 people on different functions, including strategy and account planning. With PK4 Media, the company only works with a couple people who participate at every level, said Seguin.

“Big agencies are more mechanical,” said Seguin. “They’re basically trying to get you to buy a number of impressions or specific result, and that’s not always what we’re looking for. I’d rather reach a few less people but reach true brand fans.”