‘We have a problem’: Marketers’ annual gathering sees threats everywhere 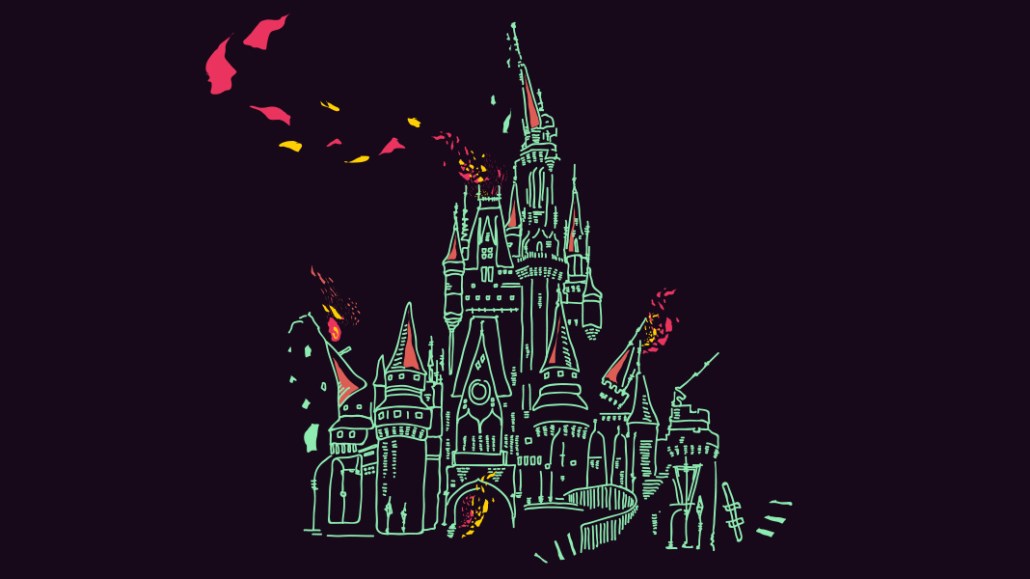 Inside a ballroom in Orlando, home of this year’s Association of National Advertisers Masters of Marketing conference, thousands of marketers sang “Heaven is a place on earth” in unison. Onstage, Progressive CMO Jeff Charney jumped up and down, calling the audience to be louder while 10 people dressed as his company’s character Flo stood behind him, swaying their hands in the air.

But whether in stage presentation, chatting over drinks, or huddled in hallways, the talk of threats was omnipresent. Agencies are threatened by in-housing, consultancies, even an FBI investigation into illegal media buying practices. (WPP Group, the biggest of the agency holding groups, saw its stock tumble on a bleak financial results and a lowered forecast.) Brands are losing market share to direct-to-consumer startups and Amazon’s own products. Even the tech platforms have reason to fret, as GDPR sinks in and calls for governmental regulation get louder.

What’s most apparent at ANA’s Masters is unease. Marketers expressed the concerns they see. Some offered solutions. For example, Terry Kawaja, founder and CEO of Luma Partners, suggested: Fire your CMO. Of course, the industry is quite familiar with short tenures of CMOs. Cue an inspiration quote from ANA’s leadership.

“We build brands. We grow businesses. We create jobs. We influence lives. We build careers. We have an impact on society. As an industry, our job is to advance and defend the right of all marketers. Let’s be proud of what we do,” said ANA CEO Bob Liodice in his opening keynote.

But marketers are even wary of their peers. Ancestry CMO Vineet Mehra gave out free DNA testing kits during his presentation on the main stage on Thursday. One marketer, speaking on the condition anonymity, said, “He just guaranteed another 1,000 more inflows of data.” Another marketer said she wouldn’t be participating, after everything she’s heard with companies like 23andMe.

To be sure, it’s not always about data. Advertising has had its moment of pride. Last month, the majority of marketers stopped whatever they were doing to focus on one ad. Nike’s ad with Colin Kaepernick shocked the advertising industry, and several marketers onstage at ANA referenced this as an example of boldness that everyone should embrace. A marketer, speaking on condition on anonymity, said Nike was only able to threaten their relationship with the National Football League because of the retailer’s clout. Still, it was a reminder that creative and the agencies that provide it aren’t dead.

“Stop optimizing the ad. Optimize the experience. You only have so many opportunities. First and foremost, make sure it’s in brand-safe environment, but understand the mindset of the consumer,” said Lou Paskalis of Bank of America during a presentation with Unilever’s Rob Master.

But legacy agencies and brands are both threatened by the rise of competitors: consultancies powered with more Fortune 100 clients and startups launched with venture capital funding. A veteran marketer who has done several stints at agencies before joining a consultancy said, “I wouldn’t want to be at an agency right now. I would fear for my job.”

In-housing, arguably the most popular conversation between agency folks at the conference, has never been more prevalent. One marketer, whose company has taken its creative in-house, said, “The pendulum swings a bit. There are so many brands that need specific content. To think that you could pay someone appropriately externally is a bit challenging.”

Even the platforms, big sponsors of ANA’s event, are nervous of their futures. Google and Facebook may be blessed by profitable margins, but others, like Snapchat and Pinterest, are less fortunate. Facebook is under fire on all sides while Google is dealing with a brewing sexual harassment scandal. While marketers rethink their roles, platforms like Pinterest are considering how they function.

“While there have been a lot of advances in technology, it’s probably pretty clear we have a problem. I predict the next shift will not be the devices itself but rather how we use them,” said Pinterest’s global head of partnerships Jon Kaplan during his company’s sponsored lunch presentation.

Despite their point of reckoning, these platforms remain a threat to agencies. Geoff Ramsey, co-founder and and chief content officer of eMarketer, discussed the strength of the duopoly during his presentation on emerging trends in marketing. A slide showed how Google and Facebook control 57.7 percent of digital ad spending in the U.S., according to eMarketer data from September 2018.

“Doesn’t seem fair right? But the world doesn’t work that way, does it?” Ramsey said.