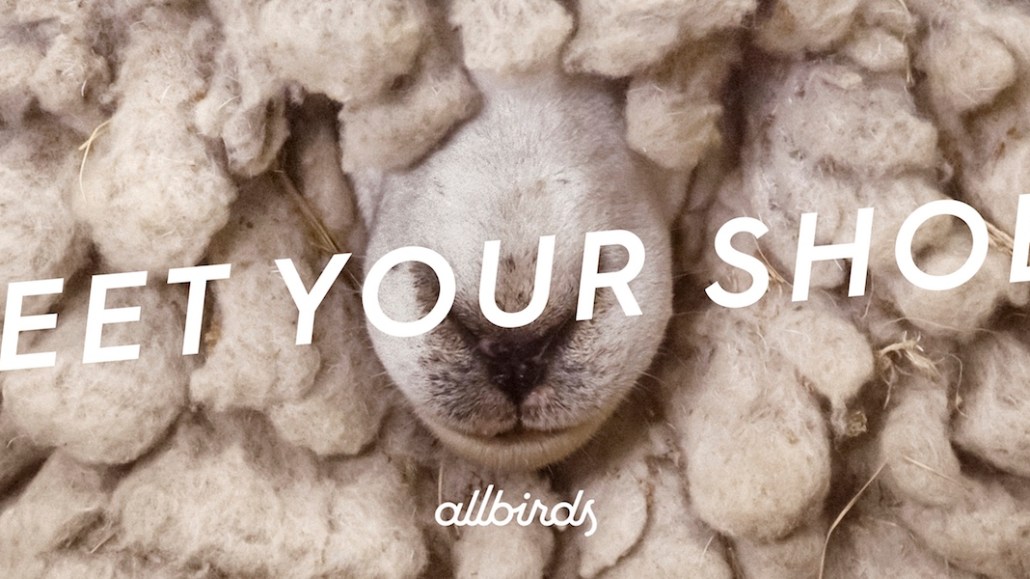 Allbirds, the sneaker company known for its popularity among the startup tech scene, is breaking out of its Silicon Valley shell thanks to an aggressive international expansion strategy.

The company, headquartered in San Francisco and launched online in 2016, now sells its products in New Zealand, Canada, Australia and the U.K., giving it one of the more extensive shipping footprints among digitally native brands based in the U.S. To land in new countries, the brand launched localized websites in those markets and then built out a mixed media strategy around it with an agency partner experienced in marketing globally. Physical retail also figures, with pop-up and permanent retail. Right now, it has two permanent retail stores in the U.S. and one in London, which opened in October. A temporary pop-up store in Toronto closed at the end of the summer.

Now reportedly valued at $1.4 billion with $77.5 million in funding, Allbirds has followed a prototypical direct-to-consumer brand playbook: In addition to raising a pile of venture capital and receiving an outsized valuation for a consumer brand, the company launched online before slowly experimenting with offline retail through pop-up stores and then opening permanent stores. Besides a brief stint selling through Nordstrom, Allbirds doesn’t have any third-party retail partners. And of course, there’s the story: Allbirds’ shoes are made from all-natural materials, including wool and eucalyptus trees, which the brand uses to position itself around an eco-friendly, sustainable message.

“When we make shoes out of wool, tree and sugar, it gives people something to talk about, and so we’ve benefited a lot from word of mouth,” said Julie Channing, Allbirds’ CMO. “So when introducing ourselves to new markets, we focus our efforts on marketing that will spark conversation.”

As it launches in new countries, Allbirds is using its sustainability bent to appeal to international customers, who won’t resonate with the Silicon Valley culture that’s marked its beginning years in the U.S., and helped sell a reported 1 million sneakers in its first two years. Its most recent campaign is centered around a “Meet Your Shoes” microsite, which lets customers track individual pairs of shoes down to the farms that bred the sheep that provided the wool. The campaign is appearing on radio ads, out of home displays, and in digital video ads in the U.S. and the U.K.

Spending on marketing has increased year over year, according to Channing, who said that pushing into new markets has sparked an evolution of the brand’s media mix, as well as its internal organization. The marketing team split into two halves earlier this year, brand and performance, and the two teams work together alongside data analytics to fine-tune its storytelling, and then sell it. And for its most recent global campaign, Allbirds hired Anomaly, an agency with an international presence to add on to its in-house team so it could launch in London and bring what Channing called a “fresh perspective” as the brand grows.

Like other digitally native brands, Allbirds has strong first-party data. Big organizations with a wide network of retail partners have a fragmented picture of who their customer is, she said, and that means the brand can’t react properly to what customers are telling it because the right information isn’t getting to the right people. Allbirds, however, is able to use customer data to decide where to launch next, as well as what resonates and what doesn’t with new customers.

“A big part of our success can be attributed to our access to clean, robust customer data. Personalization starts with how you organize internally, and it’s not about thinking of marketing as two separate paid and unpaid teams,” said Channing. “We have recurring meetings to make sure we’re in step with the data analytics team and have the right information at our fingertips, and that’s critical when you’re going into a new market with low brand awareness.”

As digitally native brands mature, the ability to build a business in other countries outside of the U.S. will be a signifier of who can scale, and who can’t. Other digitally native brand peers like Casper and Warby Parker ship to Canada, while Away has expanded to the U.K. and Glossier ships to France, Denmark and the U.K. And as these brands scale, part of the growth trajectory includes pulling in traditional brand advertising and other ways of doing business.

“What we try to do is take the things that new brands born now excel at, and then take the learnings from older brands, and bring that to them and bridge the gap,” said Josh Fell, chief creative officer at Anomaly. “In a lot of ways, retail functions the same, and it’s important for young brands that the tried and true methods of the past aren’t lost on them.”