How Alibaba plans to win over luxury brands 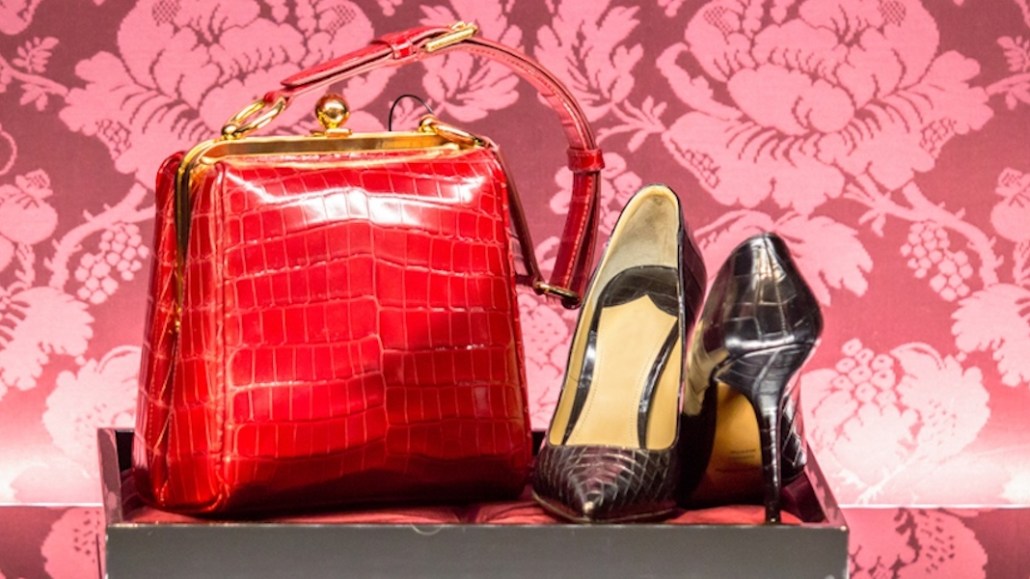 Alibaba, China’s largest e-commerce platform, is improving its services to make luxury brands feel at home on Tmall, its B2C marketplace for retailers.

Brands with an image to protect have long been wary of the marketplace, which has been battling counterfeit sellers that continuously pop up on the site, hawking cheaply made imitations of luxury goods. Since Alibaba doesn’t carry the inventory of its sellers, it can’t run authenticity inspections of every item in its marketplace. Tmall’s speciality is also mass selling: It carries a vast variety of brands and retailers that span across categories, meaning luxury brands could be positioned alongside anything from beer to diaper brands. As of January, there were 14,500 brands selling on Tmall.

But China’s e-commerce sales are growing rapidly, a pattern that is becoming harder to ignore for luxury brands, which are looking at slumping overall growth projections of 3 to 4 percent annually for the next five years. In 2016, China’s online retail sales jumped by 26 percent, to $752 billion, a spike that the National Bureau of Statistics attributes to the increasing number of brands with integrated e-commerce sites. And while Chinese customers account for one-third of all luxury good sales made globally, in the past year, luxury shopping has returned home: Chinese shoppers are making purchases domestically that used to be outsourced to countries like the U.S. or France, Bain & Co. said in its 2017 growth forecast.

Alibaba, which claims to have 550 million active users and reported $19 billion in online sales in 2016, is angling to win over luxury brands that want to sell directly to Chinese customers online. To do so, it rolled out a “luxury pavilion” on Tmall on Wednesday, and is putting more pressure on counterfeit sellers on the site.

“Both Tmall and [competitor] JD.com are primarily mass-market platforms, so luxury brands are wary of both,” said Liz Flora, editor of Asia Pacific Research and digital intelligence firm L2. “While Tmall’s massive market share has made it slightly more popular with luxury brands, adoption rate is still low.”

As of now, only 21 percent of fashion brands (luxury or not) have an official Tmall store, according to L2 data.

Alibaba hopes to increase that figure with the launch of the luxury pavilion, which is part of Alibaba’s overarching “New Retail” plan to help retailers and brands get access to and value from the company’s vast amounts of customer data. The new luxury platform is a separate hub on Tmall, with an improved user interface and distance from the crowded sea of lower-brow brands and retailers — as well as, essentially, counterfeiters — that populate the marketplace. Brands have to be selected by Alibaba to sell on the new site, and at launch, Burberry, La Mer, Hugo Boss, Maserati, Guerlain, Zenith and more were there selling clothing, leather goods, skin care, watches and even cars through the site.

Alibaba’s customer database also allowed the company to add an extra element of exclusivity to the luxury hub: Using machine learning, it sorted out only the users who were likely to make a luxury purchase, based on past purchasing activity and whether or not they were members of APASS, a Tmall benefits club for top spenders. So if a non-luxury spender visits Tmall, nothing will have changed. But an identified luxury customer will see a new segment for the luxury pavilion on the desktop or mobile app home pages.

The idea of a separated luxury selling platform is one that has been floated around when talking about Amazon’s fashion aspirations, as the marketplace has long struggled to convince high-end brands to sell through its site. While Amazon is not cursed by counterfeiting in the same way as Alibaba is, it does incite a lack of trust as it enters the private brand market. Since Alibaba doesn’t carry or create any inventory, luxury brands don’t have to worry about giving over control of their conversion and customer data.

Similar to Amazon, the overarching appeal for brands who sell on Alibaba is traffic exposure and logistics, according to the company. With 550 million users to start with, the luxury subset of that pool is still robust; once customers with access to the luxury portal are there, Alibaba is also using its machine learning and customer behavior algorithms to show the most relevant products to their interests, unlike the mass Tmall marketplace, which isn’t personalized by user.

While the new luxury portal ramps up (its official launch is scheduled for later this year), Alibaba is busy cracking down on counterfeiting to help convince brands it’s working on the issue. In 2016, the company confiscated $437 million worth of fake products, twice as much as it did in 2015. It also had 26 times more listing removals of counterfeit goods than it did in 2015.

“Alibaba’s been working to convince brands that it is successfully cracking down on counterfeiters with initiatives such as a program for brands to report fakes and a high-profile lawsuit against sellers,” said Flora. “[Meanwhile,] JD.com promotes itself as tough on counterfeits in order to attract brands frustrated with the number of fakes on Alibaba platforms.”

JD.com is also competing with Alibaba by choosing new partnerships. In June, it invested $350 million in luxury global marketplace Farfetch in order to win over more luxury brands. According to L2, 83 percent of luxury brands available in China are sold through Farfetch.