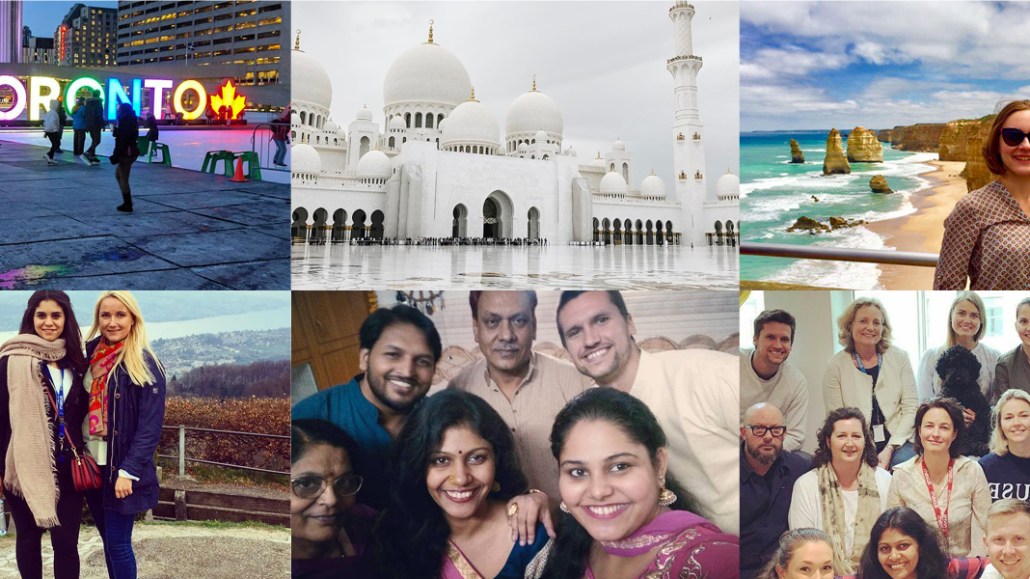 In January, Matthew Witt spent two weeks at Maxus’ office in Guangzhou, China. The 28-year-old associate media director spent his afternoons talking to content, search, social and client teams in the Guangzhou office to learn how they approached the Chinese market. Witt also met with marketing executives from Huawei, one of the biggest smartphone makers in China, where he learned about a mobile app called WeChat.

All of this was thanks to an exchange program Maxus runs in countries where it has offices, including the U.S., U.K., Germany and China.

“The exchange program is an exciting opportunity for me to see the global landscape of the agency,” said Witt. “It gives me new ability to think about global markets. Being able to see that at a young age, I now understand how big our business is and how big [business] decisions can be.”

College-style exchange programs have become quite the trend in the agency world. Last year, BBDO introduced a 13-week work-abroad program involving four of its agencies: Energy BBDO in Chicago, BBDO Mexico, AMV BBDO in London and BBDO Shanghai. Publicis Media lets employees from MediaVest Spark, Blue 449, Starcom, Zenith and Performics work for two to 12 weeks in foreign countries where those media shops have offices. Havas has had an employee exchange program called Havas Lofts since 2014. To date, the program has had 110 participants across 49 agencies and 14 cities including London, Paris Madrid, Dusseldorf and Frankfort, according to Havas.

Those programs are supposed to give agency staffers international experience in a global industry, but they also serve as another way the industry is trying to hang on to staffers. There are several downsides to working at agencies, from long hours to lower pay at places like tech companies, so the ability to temporarily move abroad is a nice perk.

Andres Castro, account director for BBDO Mexico, participated in BBDO’s Energy Exchange Program last summer, spending three months at the agency’s Shanghai office. “I see my work with different eyes,” said Castro. “Now I give much more importance to the sense of collaboration between agencies and the client’s partner agencies.”

Sara Sowsian, negotiator of national video investment for Maxus, echoed that sentiment. “When you work on day-to-day client deadlines, it’s easy to overlook that fact that we are a global agency,” said Sowsian.

Sowsian spent two weeks at Maxus’ Dusseldorf office last September in the agency’s global exchange program, where she learned that the German media landscape is more conservative than the U.S. market. For instance, print is still big in Germany and there are few TV channels, most of them news-oriented. And perhaps most importantly, Germans are super punctual.

Working abroad is not always a smooth experience. The language barrier can be a hurdle, especially for those assigned to a non-English speaking country. Sowsian felt that German is a hard language to learn, while Castro learned from his trip to Shanghai that it was hard to understand the culture since he didn’t speak any Chinese languages.

“Even if you try to seek the best translation or interpretation of some words or concepts, they will never mean exactly what you imagine,” said Castro.