‘A very different environment for M&A’: Dealmaking trundles on as ad slowdown drags 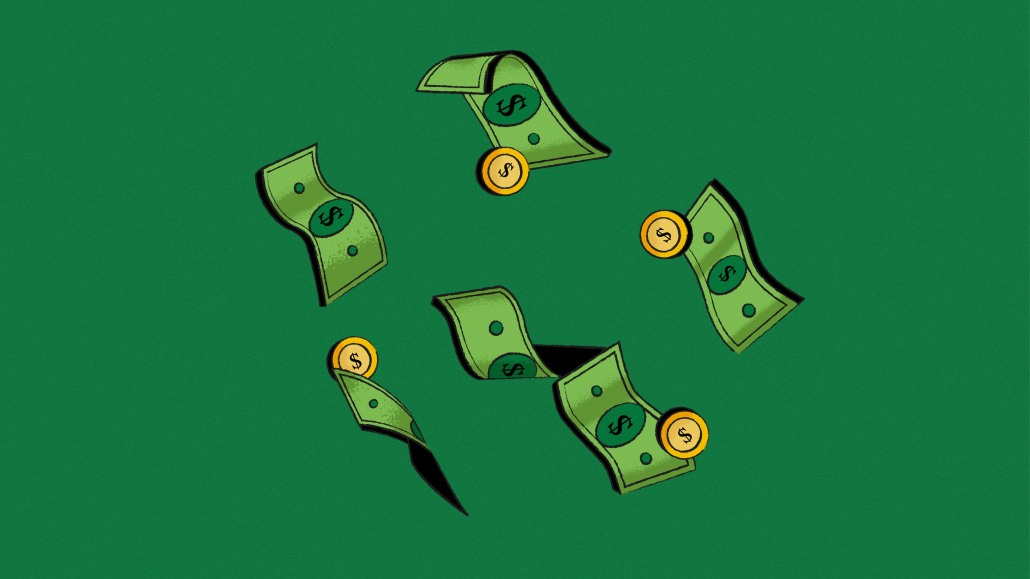 Seller’s market? Buyer’s market? It’s neither when it comes to mergers and acquisitions in advertising.

Prospective buyers are feeling the pinch, while entrepreneurs are wary about a cooling economy. That’s the current state of dealmaking, according to execs on both sides of the negotiating table.

Dealmakers remain hopeful, they say, but are vigilant in the midst of economic headwinds, a potential global recession and geopolitical uncertainty. There’s plenty of appetite to do the right deals, but they’re getting more difficult to close — partly a consequence of a bumper 2021 for M&A.

“There’s no doubt that the second half of 2020 and most of 2021 was a very different environment for M&A than what we’ve experienced over the last six months or so,” explained Rich Aston, managing partner at FirstPartyCapital.

In other words, the days of larger, more transformative deals are long gone. They’ve been replaced by add-on acquisitions as well as cross-border outbound deals. It’s a trend likely to continue for at least for as long as high inflation makes the cost of borrowing money steep.

That certainly goes some way to explaining why private equity investors are nowhere near as active this year as they were last year. Sure, they could use alternatives to cash like seller financing and earnouts to finance deals — and some are. But it doesn’t solve the real challenge these investors face: They are going to have to work harder for less.

Strategic investors don’t have those same reservations — nor can they really afford to. They still have to grow and there are fewer ways to do this more quickly than a smart acquisition. Fewer still when pennies are being pinched.

In short, rainmakers have definitely found a second wind in recent months after a fallow period earlier in the year. The U.K. market is a case in point. The third quarter was the most active of the year for M&A with the number deals in media and marketing services tracked by accountancy firm Moore Kingston Smith clocking in at 118, up 11% on the period. This appetite for deals scales. Globally, the number of them in ad tech rose 36% in the third quarter compared to the previous one, according to investment bank Luma Partners.

And there are more deals to be done. Indeed, there are still companies out there that are building for a new reality that’s slowly coming into focus for the ad industry, whether that’s older, more established marketing techniques like affiliate marketing or newer areas like connected TV and retail media. Moreover, these are businesses that are increasingly wired to scale across the three big markets of the U.S., Europe and Asia-Pacific. Oh, and don’t forget they’re potentially cheaper than they might have otherwise been.

“The economic downturn is making it harder for young companies to turn great ideas and value propositions into proper businesses,” said Jan Wittek, chief revenue officer at Eyeo. “Some of them will be looking for a partner like us with a solid business and strong relationships in the online advertising ecosystem who can help them grow faster. We are open to doing this, and we expect the pace of M&A related conversations to significantly pick up over the next six months.”

On this basis, a steady hum of deals is hardly a surprise. Even more so when you look more closely at the businesses on the acquisition trail. They have a decent amount of cash stockpiled during the pandemic at the ready, and are able to take advantage of more attractive valuations. Call it strategic opportunism.

“Between private equity investors not being as active in M&A these days, and founders wanting to strike deals, we’ve seen more projects and potential deals come our way since the summer,” said Joost Merks, group chief investment officer at Azerion. “That’s created additional opportunities for us to get deals done.”

Views like this are likely to sustain the growth of M&A to some degree and in turn buoy dealmakers’ confidence in their ability to get transactions over the line. And they could really do with a confidence boost right about now. The M&A market in advertising may be shifting closer to favoring buyers, but it’s not necessarily a guaranteed outcome that sellers are going to sell up. Not every entrepreneur wants to cash in amid so much uncertainty. Some are content to slog it out and wait to see what their options are once all the turmoil subsides. That’s left buyers like Grayson Lafrenz, founder and CEO of Power Digital, in a bind at times.

The challenge, the way Lafrenz tells it, is less his corporate development team competing against buyers on a deal — a far cry from last year when they were going up against as many as 30 bidders for one company. Rather, the risk comes down to whether the most attractive companies are truly up for sale.

Or to put it another way, the deals have to still be good enough to tempt someone into selling — no easy feat in a market where the white-hot valuations of 2021 are still used as a benchmark. Lafrenz expanded on the point: “So we have a deal that should close by the end of the year and we were competing against them continuing to build and grow versus transacting now,” he said.

It makes sense then that a parallel tale to this wave of more measured M&A is smarter thinking from angel investors, private equity firms, venture capitalists et al.

The one million pounds ad tech firm Lightbox TV secured in its latest funding round is a case in point. It wasn’t just investment firms First Party Capital and AperiamVentures that backed the company; there were other ad tech experts that expressed an interest too.

It’s a similar story at panel-based measurement provider TVision, which recently closed a $16 million venture round.

These firms clearly ticked a lot of boxes for a lot of investors. That’s not easy to do when investors are more focused on the growth at all costs when times are good, let alone when that focus swings to business fundamentals once markets go sideways as they clearly have done.

“There were a lot of questions from potential investors about how we cost the business,” Mark Giblin, CEO and co-founder of Lightbox TV, said of his company’s latest funding round. Its burn rate was a particular area of focus, Giblin continued, as was his company’s ability to weather an ad slowdown that has really dragged down the exponential growth of online ad spending during the second half of the year. Clearly, his patter (and balance sheet) struck a chord with investors.

“The economic environment hasn’t really changed how we plan things too much, at least no more than us looking at how and if we stretch the burn rate out slightly longer because we don’t know what the world will look like when the time comes for us to do another capital event,” said Giblin. “Being a startup in a connected TV we might be a better spot than others who aren’t in a fast growing part of the industry and aren’t going to benefit from linear advertising budgets being paused. Some of that money is going to come through connected TV.”