5 things social media revealed about fashion and beauty in 2017 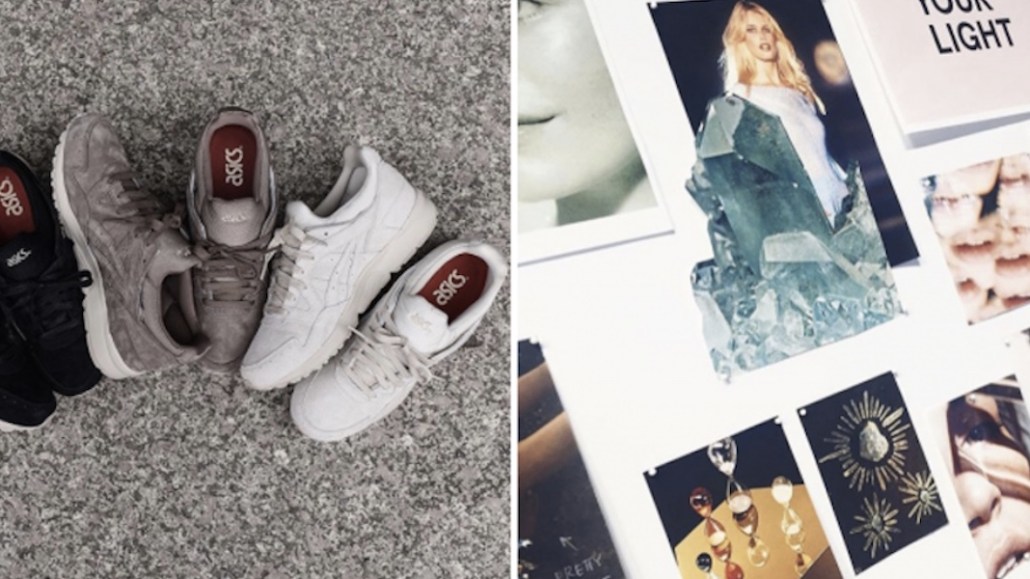 As social media continues to serve as an extension and reflection of the lives of consumers, it’s providing important insights into the evolution of fashion and beauty trends.

Facebook IQ, the research arm of the social network, released its first annual trend report today, which highlights the most talked about subjects in fashion and beauty across Facebook and Instagram in 2017. The report found particularly high rates of chatter around gender-neutral fashion, fluctuating denim trends and beauty transparency (particularly on topics like Photoshop, hair removal and makeup use). The rise of posts related to these subject areas echoed 2018 predictions made by Pinterest, based on engagement with pins and searches in 2017, as well as data captured by retail analytics firm Edited.

“With more than 2 billion people on Facebook, we have a unique vantage point on which conversations are growing at scale and taking hold in culture,” said Ann Mack, director of insights marketing at Facebook. “In this respect, we can see topics and trends that are going from niche to norm, from emerging to mainstream.”

Here are five of the things we learned from social media reports this year about how users engaged with fashion and beauty content in 2017.

Gender neutrality is on the rise
Social media largely embraced genderless fashion this year, a response to the rise of transgender models on the runway and in fashion campaigns. According to the Facebook IQ report, online conversation around unisex style increased nearly 18 times, compared to 2016. Discussion around androgyny and “boyfriend” fashion also increased, at 1.3 and 3.6 times the amount, respectively.

Several fashion brands are foraying into unisex collections, helping to advance visibility and acceptance of gender fluidity. Gucci continued to lead the charge on gender-neutral style, while designers like Thom Browne showed men in maxi skirts and kilts on the runway, Zara launched an Ungendered collection and H&M experimented with genderless denim. Moving into 2018, Edited anticipates this trend will continue; Edited senior analyst Katie Smith said, “Next season will include masculine checks on power suits.”

‘Self-care’ takes off
The Goop school of thought became less of a frivolity and more of a lifestyle, as the notion of “self-care” became ubiquitous in 2017. As the New York Times wrote in December 2016, self-care grew in popularity in the immediate aftermath of the presidential election, as a method to cope with tension and stress. The trend continued into 2017, as the political climate grew increasingly tense, and social media users began posting images pampering themselves en masse.

As a result, there are currently more than 3.6 million posts on Instagram using the hashtag #selfcare, and Pinterest users engaged with self-care-related content 537 percent more than in 2016. The Pinterest report showed these posts were heavy in retreats, meditation, brain training, hot yoga, aromatherapy and sleep rituals. At the same time, Facebook saw an increase in “mindful practices” among users — most often, through conversations involving terms  like “introspection” and “meditation.”

In response, brands are looking to capitalize on the movement, with companies like Sephora introducing its first line of essential oils (a product long synonymous with wellness) and media companies, including Hearst and Clique Media Group, launching new verticals dedicated to lifestyle and wellness coverage.

Social media is accelerating the spread of trends
While major fashion houses and fashion publications like Vogue were traditionally the arbiters of style, platforms like Instagram are changing the way consumers learn about emerging trends. For example, though skinny jeans have been the dominant style of denim since their resurgence in the early aughts, Facebook IQ found that discussion around bell-bottoms increased by 23 times since 2016. Capri pants and “mom jeans” also saw spikes. Facebook IQ attributed the constantly changing sentiment around denim and other trends to the “democratization of fashion,” which has provided a much larger platform for setting trends.

“Fashion was once guided by gatekeepers providing a single vision,” Mack said. “Now, thanks to platforms like Facebook, we have a wealth of fashion inspiration in the palm of our hand, and it comes not only from the usual suspects like fashion editors and celebrities, but from our stylish friends and other up-and-comers. In turn, people have permission to wear the styles that best suit them, rather than try to conform to what everyone else is wearing.”

Authenticity in beauty reigns supreme
Celebrities continued to call out photographers and fashion publications for using Photoshop this year, and they celebrated those who embraced natural beauty. Take Solange Knowles, who called out the Evening Standard for removing an elaborate hair crown she wore for a shoot (and then wrote a song about it), and Peter Lindbergh’s rendition of this year’s Pirelli calendar, which features 12 of Hollywood’s biggest stars without makeup or retouching.

This sentiment was echoed in social media posts and searches; Facebook IQ and Pinterest both found a rise in users sharing makeup-free images and behind-the-scenes beauty tutorials, in an effort to be more transparent. Facebook found that, since January, there was a rise in discussion around formerly taboo topics like hair removal. (Related content was posted 19 times more than in 2016.)

In turn, beauty brands like L’Oréal and publishers like Allure have started ditching terminology around stigmatized areas like aging, while marketing products have become designed to enhance natural beauty, rather than cover it.

Consumers want more inclusive makeup options
2017 was a banner year for beauty diversity, as brands pushed to offer a wider variety of products catering to different skin tones and hues. On Pinterest, searches for “makeup for all complexions” increased by 378 percent, a response to more inclusive beauty marketing from traditional brands like Covergirl and Almay, as well as emerging companies like Fenty Beauty and Glossier. Meanwhile, discussion continued over the meaning of “nude,” which traditionally indicated lighter skin tones.