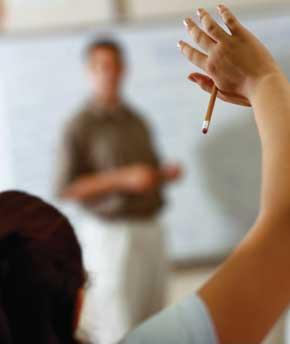 The Web video market is large and growing fast. It is one of the few areas on the Internet that mostly has reversed the supply-demand imbalance that’s the hallmark of display advertising. In fact, online video publishers boast sell-through rates of 70 percent versus around 30 percent for display.

That’s given sellers of online video an upper hand, as demand for high-quality video placements outstrips supply. It’s also created a market where there’s pressure to fulfill campaigns in any way possible, leading to some of the bad practices Digiday has explored in the past. Here are the five questions brands should ask when buying online video.

1. Where will the video appear?
It’s telling that the top question has to be this. Many sites and networks will promise one thing and deliver another, warns Darren Herman, chief digital media officer at The Media Kitchen. Buyers can expect to appear on one set of sites and find their ads on another. “There have been times when vendors will come in with a big list of properties, and they procure the media after the insertion order comes through, which is sketchy and not something we like,” he said.

2. Is this really pre-roll?
Whether it should or shouldn’t be, in-stream advertising is more highly valued by advertisers compared to in-banner. But for sellers in-banner is far more plentiful, considering all that empty display space on the Web. Despite protests from networks that it could never, ever happen with their networks, buyers still find instances where video that was supposed to be in-stream is served in-banner.

4. Is the video trackable?
Yes, this sounds like yet another basic question. In fact, there are still many instances where buyers are unable to serve or track the video themselves. This is doubly important in online video, where there are so many ways for video to be delivered — in-player, in-banner, auto-played, user-initiated, etc. The verification industry is making strides in video, but it’s still often difficult to make sure you’ve gotten what you paid for, according to Alan Schanzer, chief client officer at Undertone.

5. What targeting technology is being used?
The dirty truth of online video is that it isn’t all that targeted. To be sure, many sellers tout super algorithms that will line up ads perfectly with content. Don’t believe the hype. Many are smoke and mirrors. Display ad targeting techniques, such as behavioral and contextual, aren’t in widespread use in video. That’s because sophisticated targeting in display is predicated on a vast pool of inventory that can be matched to cookies. Video, on an impression level, has less than 3 percent of the volume as display.