From the ‘dark side’ to corner office: Sarah Hofstetter’s rise at 360i 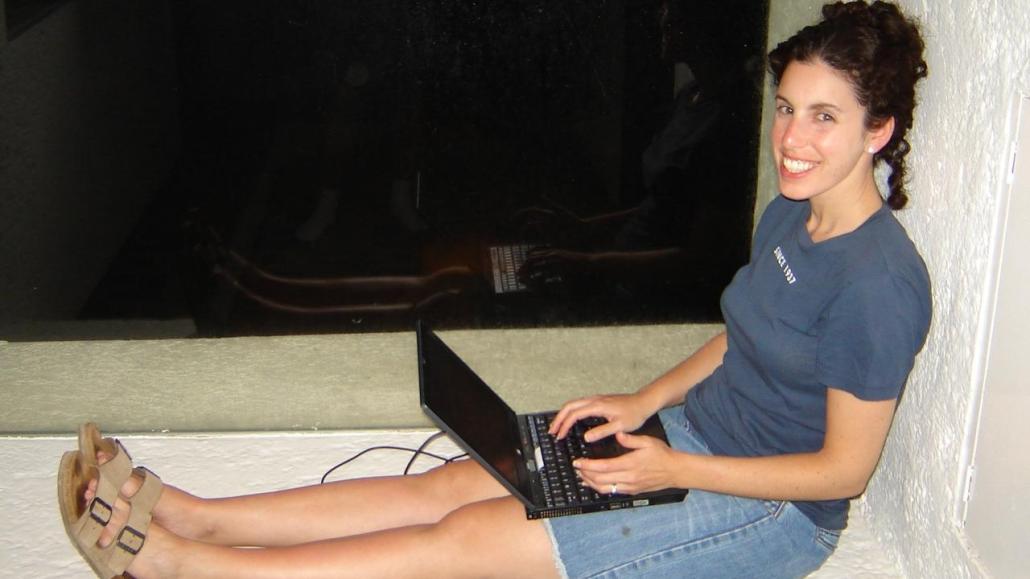 Sarah Hofstetter’s rise to global CEO at 360i started off with erectile dysfunction.

In 2005, Hofstetter was running her own marketing and communications consulting firm Kayak Communications and had 360i as one of her clients. Hofstetter suggested starting a pilot program that would involve outreach to get bloggers to generate positive online buzz for the agency’s clients.

The first client to participate was HGTV. The cable channel was about to premier a new show “Living with Ed,” a reality show featuring actor Ed Begley on a quest to live an eco-friendly life.

“They came to us to promote the premier in search, and when you Googled ‘Living with Ed,’ everything that came up was about living with erectile dysfunction,” recalled Hofstetter, laughing. “That was our first social media client ever, and as the only publicist on staff, I reached out to all of these bloggers like Perez Hilton, environmental blogs, HuffPo.”

In two weeks, Hofstetter helped change the search landscape for the HGTV show by getting bloggers on board to post coverage of the premier.

“The primary benefit of SEO was 100 percent accomplished, and the side benefit was building great brand equity,” explained Hofstetter. “That’s how the social media practice was born, and we started selling this service to other to clients.”

Hofstetter dropped her other client work to join 360i full-time. Eight years later, at the age of 39 and as a mother of two, she was made global CEO earlier this month. It’s the culmination of a trajectory that had her in various roles over the years: first svp of brand strategy and emerging media, then president of the agency in 2012, and CEO of U.S. in October 2013.

Joining the ‘dark side’
But it all began in journalism. Unlike many agency CEOs who come strictly from agency and business backgrounds, Hofstetter actually got her start as a reporter at The New York Times after studying journalism at Queens College but realized on the eve of her wedding day that she couldn’t pay the bills. She went into PR or, as she put it, “the dark side.”

After a decade of doing PR at Net2Phone, one of the world’s first providers of VoIP technology — “Skype before Skype” as Hofstetter explains it — Hofstetter realized she missed the small-company feel and being able to have a closer handle on the business. When she first started at Net2Phone, it was 200 people; when she left in 2004 to start her own firm, it was about 6,000.

To be sure, with close to 700 employees, 360i is hardly a small-company any more. But to Hofstetter’s credit, the new global CEO does make an effort to make it feel more intimate and to be involved in all levels of the agency’s work. “I really love that I don’t have those moments where I bump into someone and I don’t know what they are working on,” she said.

Hofstetter’s new role as global CEO isn’t a huge change from her role as U.S. CEO, but it does mean greater responsibility in helping 360i’s U.S.-based clients think more globally and organize for the digital age, along with more operational leadership.

“It’s not just about being the digital agency of record,” she said, “but helping clients organize from the inside out for digital.”

As global CEO, Hofstetter’s days are chock-a-block with department-head meetings, client calls, talent reviews and creating new programs things for the agency staffers. For example, Hofstetter, drawing from her reporting days, recently implemented a journalism class at 360i. As Hofstetter sees it, a lot of basic journalism skills are also fundamental to being a good marketer, from writing good headlines, to crafting the nut graf and being able to construct an interesting narrative.

“Great editorial skills and great writing skills help elevate everything you do,” said Hofstetter. Her team apparently agrees: 85 people signed up for a class with only 35 slots.

The life-or-death days
Of course, it wasn’t all smooth sailing.

“Back in the early life-or-death days, we used to have an executive committee meeting every week to have a detailed review of each business,” recalled Bryan Weiner, former global CEO and now chairman at 360i.

“Sarah had launched the the social media practice three years earlier and had just doubled the business the previous year. It was the end of 2008, during the dark days of the great recession, and one of my partners said to Sarah, ‘It’s great that you doubled the business last year, but we need you to double it again next year.’ Sarah asked how that was possible, and he responded, ‘I have no idea. Figure it out.'”

According to Weiner, Hofstetter, rather than cracking under the pressure and “the unfairness of the ask,” hunkered down, devised a thoughtful plan of attack, and, sure enough, the business more than doubled that year and continued to accelerate from there.

Work-life balance
Even more remarkable is the fact that Hofstetter isn’t merely a powerful woman and mother in the boys’ club agency world — itself no small feat — but is also as practicing Orthodox Jew who stays home and offline every Friday for Sabbath.

“She is here one day less than everyone else, and she seems to get more done,” said Shankar Gupta, director of strategy at 360i, who has known Hofstetter for seven years.

According to Hofstetter, she is able to work efficiently and be there for her clients while also balancing religious and family obligations thanks to a supportive culture at her agency, strong relationships with her clients, and the help of her husband and children. Her two kids, 12 and 14, each cook dinner one night of the week to help their working mom.

“I leave early on Friday. I only eat kosher, so that’s fun for client dinners! There are no shortage of things that tug at my strings, and being a working parent, there’s the Jewish guilt certainly,” she said. “But having a supportive organization and supportive family has helped. Maybe I can’t take your call on Friday night during Sabbath, but as soon as Sabbath is over, I will go to all ends of the earth pretty much the six other days of the week. It boils down to establishing client trust.”

And trust her they do.

“She knows her client’s business,” said Annis Lyles, vp of connections planning and investment at Coca-Cola. “She makes a concerted effort in learning everything she can about us — talking to various people in our organization, reading reports, and really trying to know what makes us tick –which is hard at an organization as big as ours.”

Hofstetter, who has been groomed for the global CEO position for years now, according to both Weiner and herself, feels ready for the new challenges ahead. 360i makes an effort to make sure that people do have clear paths for growth and advancement so that talent sticks around, and Hofstetter’s lightning career trajectory is a clear example of that kind of upward mobility.

“You have to have earned the respect of the senior people at your key clients, and she has done that,” said Wiener. “It’s been a very consistent march towards increased responsibility, and she’s very much shaped how 360i is today — there was never any debate about who would take over as CEO.”