With viral out of style, Viral Thread is rebranding as VT 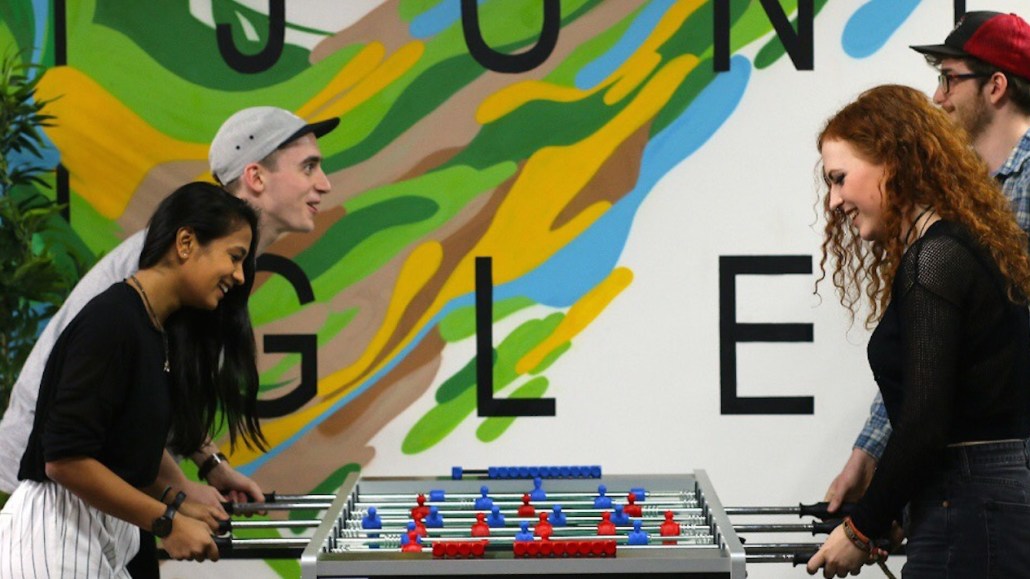 Viral Thread, the 3-year-old social channel that aims to bring people “the most popular stories on the web,” has a problem: Going viral has lost some of its appeal.

With help from clickbait headlines and fake news, “virality” — once coveted by brands and publishers grappling with social media — now has the negative connotation of low-quality, forgettable content. As a result, Viral Thread is rebranding on Aug. 9 to VT and shifting its focus to producing more original videos.

“Brands want to align themselves with others that are highly reputable,” said Jamie Bolding, founder of Jungle Creations, the media company behind Viral Thread. “There are billion-dollar companies that don’t get our number of views, but the brand identity is really clear and been built over many years. We understand the value of high-quality, clear brand identity, and we didn’t think it was possible with the name Viral Thread.”

Jungle Creations runs 10 channels across food and lifestyle, the most popular of which is Viral Thread. Viral Thread — which got 2.6 billion video views in June, according to Tubular Labs — typically publishes videos like a game of basketball Connect Four or a “mesmerizing” time lapse of someone painting a 3-D goldfish. Facebook is awash with this type of content from many publishers.

“When you have such a big audience, you have a responsibility to open up about who you are as a company, rather than this voiceless brand,” said Bolding. “We’re taking ownership of who we are and what we produce; it will be more stressful, and there will be more heat.”

Each day, Viral Thread publishes between 15 and 25 videos, 40 percent of which are original and the rest submitted or licensed from content agencies and other aggregators. It hopes to flip this to 75 percent original content, like weekly mini-documentaries on social issues. It will likely spend a period of three months focusing on topics like mental health or the environment and has hired a head of purpose to oversee this.

“The main shift is having an added edge of responsibility and maturity, like when a teenager becomes more aware of their surroundings,” said Bolding.

Globally, Viral Thread is increasing its video team from six to nearly 20 and its text editorial team from 10 to 18. The company, which has an average employee age of 25, has also hired a string of senior executives: Its New York office, which opened two months ago and now contains 8 people, has recently hired executives from Time Inc. and CBS. The London office has 100 employees, and in October, Viral Thread plans to open an eight-person office in Los Angeles, so the company can publish content 24 hours a day. The global head count last year was closer to 40.

Last year, Bolding said Jungle Creations made nearly £9 million ($11.9 million) in revenue, a reasonable jump from previous year’s £2.5 million ($3.3 million). This month, 60 percent of revenue came from branded content (up from about 20 percent last year), 15 percent came from display advertising on its site, and 25 percent came from Facebook.

For the last five weeks, Viral Thread has monetized 10 percent of its original video through Facebook’s mid-roll program. Bolding said for every 1 million views, it can earn between £150 ($200) and £755 ($1,000). Facebook’s count of three seconds for a view doesn’t give a clear indication of who watched past the ad, which is placed after the video has played for at least 20 seconds.

Viral Thread is seeing the revenue gradually grow as it figures out the best ways to get people to stick around past the ads. One video that performed well is one about a teacher who used a jar to teach students a lesson about life. This is the first month Viral Thread’s revenue from Facebook (it was part of the platform’s Suggested Videos program) has overtaken revenue from display ads. Previously, 30 percent of its revenue came from on-site display ads, and 10 percent came from Facebook, Bolding estimates.

Bolding admits proving its value to brands and agencies as a partner has been a challenge. “We didn’t take funding; we don’t have a connected chairman or advisers who can get us into those more structured doors,” he said. “How we fit into that structure is a tough one.”