Turner CEO John Martin: ‘If you have marginal brands, you’re dead in the water’ 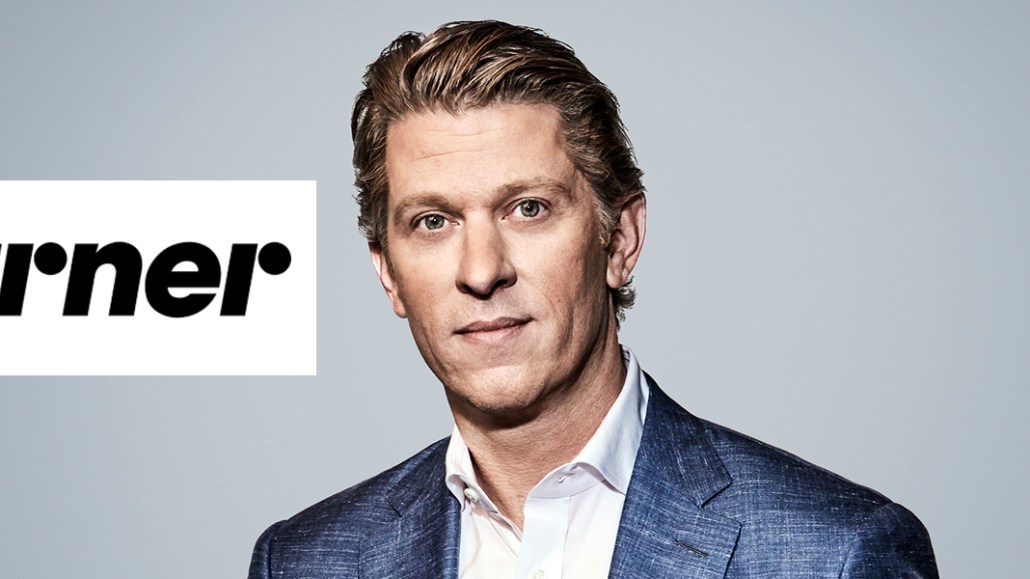 In a Q&A with Digiday, John Martin, CEO of Turner, talks about turning its legacy TV institutions into multiplatform media businesses, the big consolidations happening in media, the growing rivalry with tech giants and the rise of streaming TV services.

What’s the biggest threat to Turner’s business today?
Our biggest challenge is to remain relevant when there’s an increasing number of choices for consumers to spend their time and energy — and their money. Thankfully, we still have big brands and we do have scale, but we have to think about our brands in a more holistic way and not just as basic cable, ad-supported television networks.

CNN’s been active in expanding its business to new platforms. How has that worked out?
By leaning into nontraditional platforms, we have a brand that resonates with people of all ages. The average age of a U.S. TV watcher of CNN is getting younger, but it’s still in the 50s, which by the way is 10 to 15 years younger than Fox News. Then, you have CNN.com, which averages users in the early 40s. The CNN app on the iPhone, it’s early to mid-30s; some of the partnerships CNN has done with Facebook and Snapchat, it’s early to mid-20s.

These are no longer just television channels, but branded environments that can exist anywhere. Even within CNN, we still talk about, “This is CNN, and this is CNN Digital.” The conversations I have with [CNN President] Jeff [Zucker] is that I can’t wait for the day that we drop that distinction — because there isn’t one.

A lot of digital publishers see Facebook and Google as existential threats to their businesses. Do you?
We had a conversation this morning about our presence on Instagram: How much of it is marketing, and how much of it is a real business where you can actually make money? In many respects, these alternative platforms, it’s about half and half at this point. When you’re frenemies with the likes of Google, Facebook and Snapchat, we want to be partners, but we have to get paid at the end of the day. We’re starting to make breakthroughs. We are starting to have conversations with these alternative platforms about potentially getting paid for our content.

Would you ever walk away from a platform if it doesn’t pay?
Leverage is an ephemeral thing. You need strong brands because then you can have a seat at the table and talk to these platforms about a partnership where we both get paid. But if you have marginal brands, you’re dead in the water.

So Google and Facebook aren’t existential threats to Turner’s future?
We don’t look at them as threats, but we need to pay attention to each of those companies — and I’d throw Apple and Amazon in there, too. All of a sudden, our biggest competitors are no longer Disney, Fox, NBC, CBS and other networks; it’s these “digital companies” that are coming in and taking two-thirds of all digital ad revenues and 85 percent of the marginal growth in digital ad revenues. We’re playing at a scale where we can get their attention and get them to come and want to partner with us.

Aren’t they going to compete for the future of TV?
Too many people give them credit that they are going to be able to get into long-form and short-form and professionally produced programming, and they are going to do it well. It’s hard to do.

I think Facebook is learning that right now.
And Apple is learning it, too. They’ve now hired some world-class people to come in and get their TV business off the ground, but in many respects, people still think of those companies as utilities. And last time I checked, people don’t have an emotional connection to their search history or shopping cart. What we do in terms of storytelling is very difficult to duplicate.

The mega-media consolidation that’s happening — with AT&T and Time Warner, with Disney and Fox — it’s at least in part a response to the growing power of the tech giants. Why is consolidation the answer?
It’s about relevance. In our case, getting together with AT&T is about technology, data and consumer relationships. There’s going to be more growth in mobile content consumption. To be able to tap into the tens of millions of customer relationships that AT&T has on mobile would be a great head start.

Disney argues that it needs to bulk up as it builds more direct-to-consumer products. How important is that to you?
There’s a more concerted strategy here about developing direct-to-consumer businesses, but you have to balance it. We get paid almost $12 billion a year between our advertisers and our affiliates, so we want to make sure we have really powerful offerings that continue to bring in those dollars.

But we need to develop new businesses, and increasingly, those businesses are not going to be new cable networks, but businesses that can stand on their own and consumers will be willing to pay for. We need to grow our non-advertising, nontraditional subscriber revenues.

Are customers going to want to pay for 20 different subscription services, or are we headed for a rebundling of sorts?
I think the idea of rebundling is a real idea. One of the reasons I like being in the same company as HBO and Warner Bros. is we collectively have unbelievable content offerings. It’s not a crazy idea to, say, soft-bundle HBO Now and Boomerang. All of a sudden, HBO Now, which already has more than 5 million subscribers, can also offer this unbelievable kids offering.

Are streaming TV bundles a legitimate opportunity or a quick, short-term Band-Aid to combat eroding cable subscribers?
Last time I checked, the cumulative number of subscribers for these virtual MVPDs in the United States was almost 4.5 million. These are becoming legitimate numbers.

What’s the challenge there? Most of these services are being more selective about what channels they include in their base tiers.
What that’s demonstrating is that there are too many bad networks in this country. There are networks that are carried as part of the uber-bundle that have absolutely no consumer value. And they were originally launched in an era when there was an idea that you could have unlimited amounts of affiliate fees and the pie would continue to grow, and you could sell advertising on the back of that as well. Those days are gone.