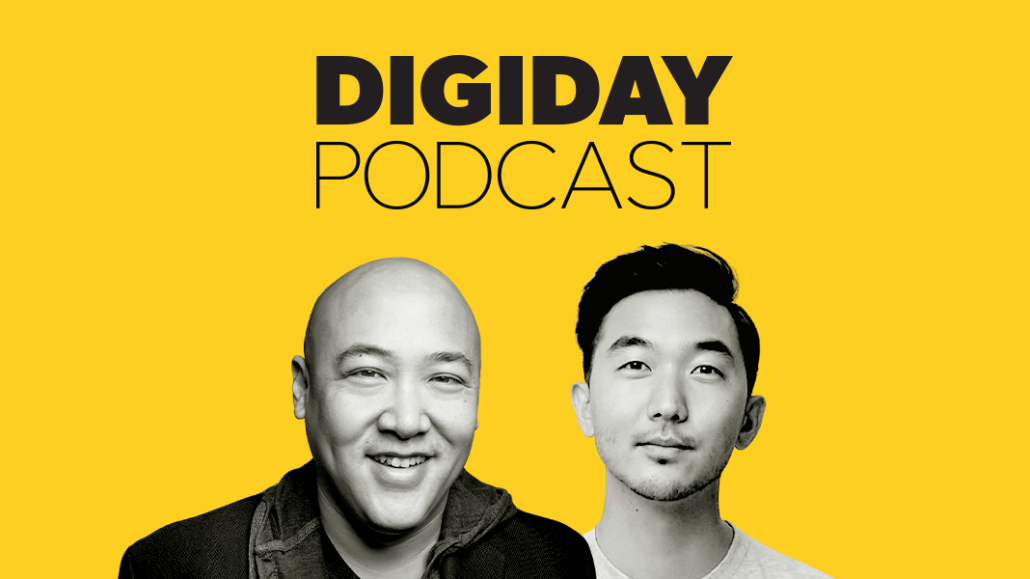 Many media companies have set out to be the Disney of X. But Jubilee Media seems to have carved out a niche for itself by aiming to become the “Disney for empathy,” according to the media company’s founder and CEO Jason Y. Lee. Empathy is a pretty unusual content category, though, of which Jubilee Media is well aware.

“A lot of people have trouble putting us into a particular category or box. And we see that as a tremendous whitespace that we want to kind of own and grow into,” Lee said in the latest episode of the Digiday Podcast..

Jubilee’s empathetic bailiwick also seems to present a timely opportunity for the media company to attract audiences in search of some positivity amid all the day-to-day gloom and doom.

“It’s no coincidence that Jubilee really starts picking up momentum because people are hungry [for empathetic content]. That’s what we need, right? We want to connect with each other,” said Mike Su, director of Snap’s accelerator program Yellow and an individual investor in Jubilee Media, who joined Lee in the episode.

Lee: We’ve got a show called “Spectrum,” which is a format that [aims to dispel the notion that racial or societal groups are monoliths]. We did a “Spectrum” [episode] that was “Do all Jubilee employees think the same?” To be honest, when one of our directors said, “Hey Jason, this would be a great idea,” it scared me to death because what if our investors see this, what if our audience sees this and thinks we’re terrible. And what we saw was a tremendous response. We saw millions of views. Not only that, that video ended up garnering over 100,000 subscribers.

Lee: We’re majority-minority. We are about 50-50 female to male, actually I think exactly 50-50 at this point. We are overrepresented on sexual orientation as well as on a minority front. Even though we’ve been very intentional about growing a diverse team, our team is world-class. It’s not, because we need X person here, we’re going to reluctantly hire this individual.

The impact of a representative workforce

Su: Number one is being able to have those internal conversations because these are really nuanced conversations, right? Prior to Snap, I was at Mitú, a Latinx-focused digital media company. Even within there, we constantly had debates about representation within the Latinx community; that’s not a monolith. There’s not like, ‘Oh, all Latinos felt this way.’ There were very nuanced, very complicated conversations that could only be had by people who represented those groups.

Lee: Our team all has equity in the company, and that’s not something that we saw in every media company. And frankly, a lot of creatives who are coming to our company are not familiar with equity, are not asking about their equity. But it’s something that we try to educate them to and say, “Hey, you are an owner in this company.”