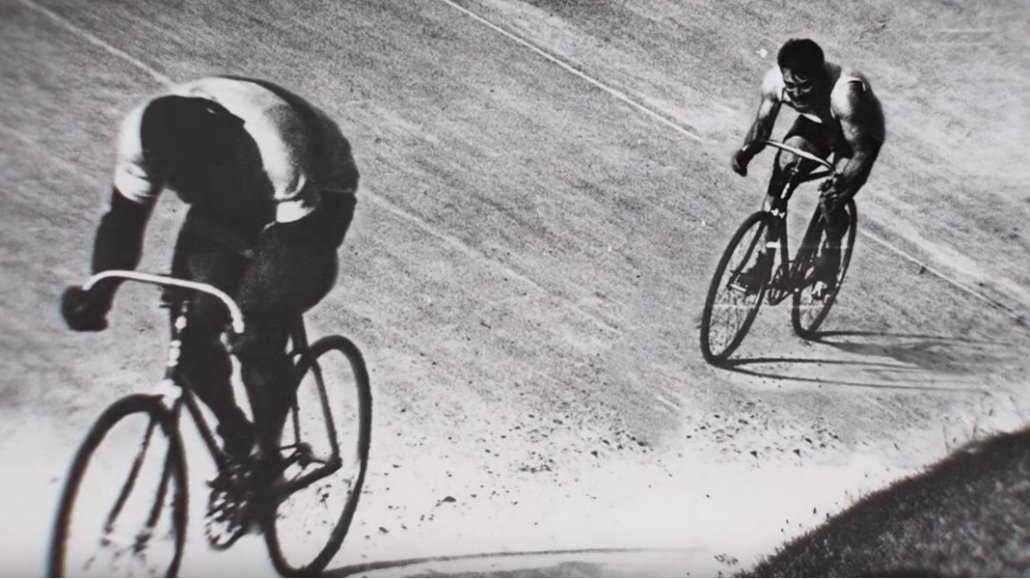 On April 22, ESPN will air a 7-minute documentary short titled “The Six Day Race: The Story of Marshall ‘Major’ Taylor” on TV. The short, which was released online on April 18, profiles the first black athlete to win a world championship in competitive cycling.

It’s also a sponsored piece, commissioned by Hennessy and co-produced by ESPN and Cycle Media as part of an original content and advertising partnership between the sports broadcaster and the publisher-agency hybrid.

“The Six Day Race” is part of Hennessy’s broader “Wild Rabbit” campaign. The brand sent out an RFP for a short film about Marshall Taylor, which ESPN and Cycle won in part due to the companies’ promise of mass reach across both TV and digital, according to a Cycle spokesperson. On TV, 2-minute cutdowns of the short will be promoted April 20 and April 21 on episodes of “SportsCenter,” followed by two broadcasts of the full documentary short on April 22 on ESPN at 3 p.m. Eastern time and ESPN2 at 11:30 p.m. Eastern time.

For ESPN and Cycle, which entered into this ongoing partnership last October, “The Six Day Race” is an example of what the companies can do together — both editorially and on behalf of advertisers. (The short has minimal branding for Hennessy, which, as presenting sponsor, only appears on the title and end cards.)

“Think of it like this: You have BuzzFeed, Vice and [other digital publishers] going out and selling digital or social branded content to the tune of hundreds of millions of dollars for the last seven years,” said Jason Stein, CEO of Cycle Media. “It’s something cool and compelling that they can now bundle in when we’re both out talking to advertisers — and in the case of [‘The Six Day Race’], it’s compelling enough to run across the whole ESPN ecosystem, from digital to TV.”

“The premise going into this was that we both believe we each do things that are compelling and interesting — and in some cases, complementary,” said Ryan Spoon, svp of social content for ESPN. “There’s a lot of willingness to collaborate and just put things on paper to test and learn.”

Six months in, ESPN and Cycle say they remain committed to the deal. Cycle, which said it can have anywhere between 15 to 25 people working on the partnership depending on the day and project, typically takes the lead on content strategy and developing new ideas and formats. While ESPN does not have any staffers embedded full time inside Cycle’s Brooklyn headquarters, the companies communicate daily across creative, production and sales. ESPN generally takes the lead on sales pitches to advertisers and will bring people from Cycle’s sales team to these pitches. As for any show or video that comes out of the partnership, it typically gets distributed across both companies’ digital and social channels.

“This is not a short-term thing,” said Spoon. “We have creative and revenue goals that we want to achieve, but we also want it to have legs.”

On April 6, “Buckets” became a live show for Twitter. Hosted by ESPN’s Cassidy Hubbarth and Twitter personality Rob Perez, the show breaks down the latest news, trends and memes in basketball. It has accumulated more than 10 million views across its 10 episodes. “Last Table,” which will begin its second season in time for the NBA Finals, hit 6.4 million views during its first season, according to Cycle. For ESPN, it’s a successful start, Spoon said.

When full episodes or shorter clips were shared by the talent appearing in the episode, those videos have more than a 10 percent engagement rate, added Cycle CMO Mike Mikho. “The talent plays a significant role in the show’s distribution — they all share trailers, segment cutdowns and the full episodes,” Mikho said.

In addition to “Buckets” and “Last Table,” Stein said ESPN and Cycle have three additional shows in development, some of which will use ESPN talent and properties, and others which will be entirely new. Some of the programming will be made for ESPN’s new subscription streaming channel, ESPN+, he added.

“ESPN wanted original programming made for the internet; that is what this is,” said Stein. “It’s not for cable subscribers. It has a different point of view and a different audience than what you’re used to on TV.”

For ESPN, said Spoon, the Cycle partnership is not a response to the success rivals such as Bleacher Report have seen on distributed platforms; instead, it’s more of a test to learn more about the different types of content and formats that can work within different digital and social environments. He pointed to ESPN’s large followings on Facebook, Instagram and Snapchat as proof that the company already understands social platforms.

“We didn’t go into this partnership by saying, ‘How do we show [the latest great James] Harden shot in a different way?’ Because I think we already do that well, and we do it every day,” Spoon said. “The stuff we’re doing with Cycle is different: It’s more evergreen, more personality-driven and finding different ways to do storytelling that we might have not done previously.”