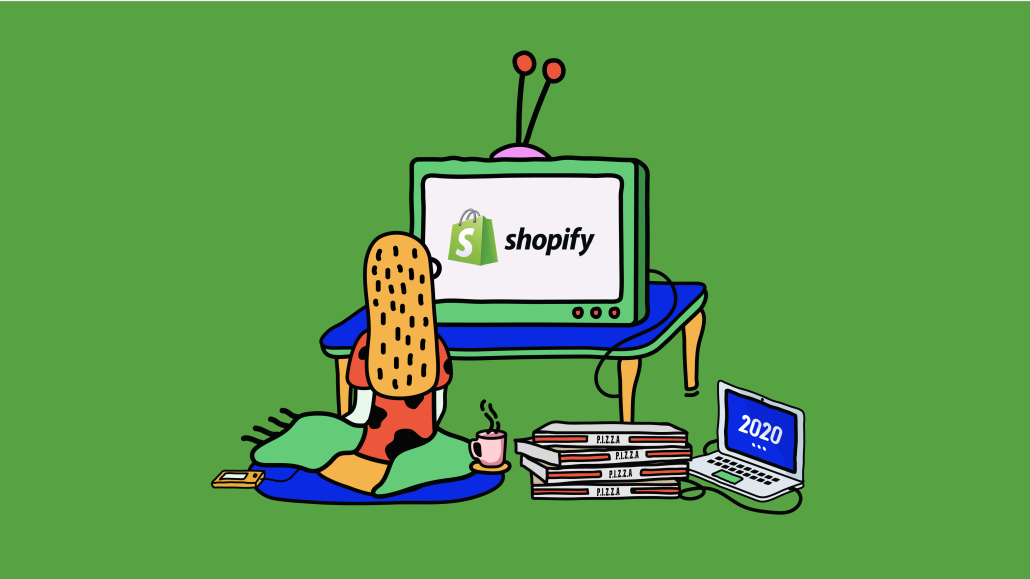 Shopify has been on a roll, with its business of powering retailer websites expanding during the coronavirus crisis — and its market cap up 148% since the start of the year. Now, in an unusual move, the e-commerce platform has ambitions to break into TV.

On Aug. 18, Shopify’s production arm Shopify Studios will debut its first TV show, an eight-episode reality series called “I Quit” that follows individuals who have quit their jobs to start their own businesses and will air on Discovery. However, aside from the role of Shopify COO Harley Finkelstein as one of the show’s mentors, the series will not be larded with Shopify’s branding or promotion of its platform. In fact, the series will be “completely unbranded,” said Sarah North, a TV and digital video production veteran who joined the company as head of Shopify Studios in September 2019.

Formed in January 2019, Shopify Studios is focused on developing and producing unscripted shows and films to air on TV networks and streaming services. Among the projects in the works is a feature-length documentary that will not feature Shopify’s brand nor any merchants that use its e-commerce platform, North said. One sign of how much of Shopify Studios’ work is marketing would be whether the studio is organized within the company’s marketing department. It’s not. Instead Shopify Studios operates as its own business line and reports directly to the company’s COO.

“At its core, Shopify Studios is a full-service film-and-TV production company,” said North, noting that Shopify Studios participates from a project’s development to its production, its sale to distributors and its debut.

Shopify believes “I Quit” and other shows and movies it produces will ultimately benefit its core e-commerce business by drawing attention to the businesses powering the burgeoning direct-to-consumer retail industry.

Asked about measuring Shopify Studios’ benefit to its broader business during the company’s earnings call in April 2019, Shopify CEO Tobi Lutke said Shopify Studios’ work would help to demystify the process of people starting their own businesses and spur more individuals to do so. As for tracking the return on the company’s investment, he admitted that would be “tricky” but added that “we are not falling into the trap of only doing short-term things because they happen to be more trackable.”

“They’ve been very clear that they don’t want their brand featured,” said Jon Murray, co-founder of Bunim-Murray Productions, which is co-producing with Shopify Studios a documentary series about disabled entrepreneurs titled “Born for Business.”

Shopify has applied its knowledge of the subject matter — entrepreneurship — to the shows while operating as a typical co-producer and financier rather than strong-arming productions as an advertiser might a commercial shoot. “It’s really a perfect situation where, in working together, we both understand what we’re bringing to the project and are respectful of each other,” Murray said.

As chief strategy officer at production company Wheelhouse Entertainment — whose subsidiary Spoke Studios is co-producing “I Quit” with Shopify Studios — Ed Simpson receives “a lot of emails and contacts” from companies trying to get into the TV business. So when Shopify Studios reached out sometime before the studio’s formation, his initial reaction was a bit skeptical. Then he heard the company out.

Shopify Studios has hired people, such as North, with TV and film production backgrounds. Among them is Pam Silverstein, who has worked in branded content but also served as an associate producer on “Mortal Engines,” a film directed by Oscar winner Peter Jackson, and got her start in the mail room at Hollywood talent agency ICM Partners.

When Silverstein was recruited to join Shopify Studios as an executive producer for film and TV, she received a similar pitch to the one Shopify has given to the production companies. “It wasn’t [that Shopify was] looking to write a check or look for an equity opportunity and just do a set visit and take a vanity credit,’” Silverstein said.

Shopify has allowed Shopify Studios to operate as a normal production company, albeit one housed within and with the backing of a tech company. For example, Shopify Studios updates Shopify’s finance department regularly on programs’ costs, sending through cash flow documents and cost reports as a production firm would typically provide to a show’s financier.

“That comes into the trust that’s been given to me where I’m looking at where dollars are spent and do we want to go capture this moment or that moment, do we want to reshoot, do we want to add more cast members,” Silverstein said.

Meanwhile, Shopify Studios’ involvement in shows’ production has been similarly consistent with how a co-producer participates in a project, from brainstorming ideas during the development phase to providing notes during production. “Pam has visited the set, and we have weekly calls with her and the team,” said Murray.

“Shopify was as involved in [‘I Quit’] as myself and other [executive producers] on the show. And I say that in a positive way,” said Simpson.

Shopify also seems to recognize when aspects of the work are best left to its production partners. For example, Shopify Studios may have been met with skepticism when pitching “I Quit” to show buyers at TV networks and streaming services. So it didn’t try to be the one spearheading the pitch process.

“We did lead the way in the pitch and negotiating because we had the decades of relationships with the networks. It just means that we walk into a much warmer room than Shopify, who is just launching their [studio] business,” Simpson said.

There is at least one example, however, of how Shopify Studios is able to uniquely participate in a show’s production. The opening of “I Quit” aims to show the trend of people quitting jobs to start their own businesses. Shopify Studios turned to the company’s data scientists to pull numbers on how many people are doing this and have those numbers reflect in the show’s opening. “That really helps the creative,” Silverstein said.