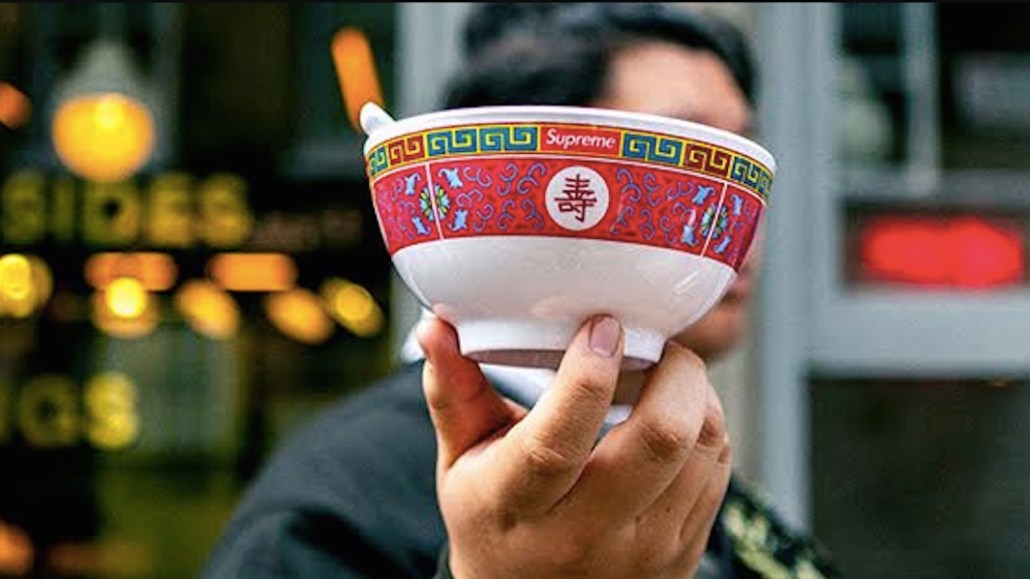 Streetwear publisher Highsnobiety has set itself a goal of reaching 500 million video views over the next 12 months. The media company said it’s currently getting about 25 million views a month from the 200 or so pieces of original video it publishes. In January, just across social platforms, Tubular Labs calculated it drove nearly 14 million video views.

“Everyone throws around huge numbers, including us,” said founder and CEO David Fischer, “but you need to measure your growth in that space somehow. We still have different goals on different platforms. We know a view on YouTube might be more valuable than on Facebook, but nevertheless we do need to grow. Our ambition goes beyond views.”

The publisher, which Fischer started as a streetwear and sneaker blog 12 years ago, plans to increase the length and the amount of videos it produces, launching more series in the next three months. It’s putting the finishing touches on a video studio in Berlin. But out of 70 employees, only six work specifically on video, and with the number of platforms it needs to cut video for, efficiency is key.

On YouTube, where Highsnobiety has 115,000 subscribers, it produces longer-form, storytelling-driven videos and serial content, such as two- to three-minute-long documentaries about fashion and design, like “Visits,” video tours of the homes, studios and places that are a source of inspiration for designers, or documentaries on the skateboarding scene in Johannesburg.

On Instagram, where it has 1.4 million followers, video is confined to one daily Instagram Story. Clips range between 15 and 30 seconds, and tend to get up to 800,000 views. They often feature the unboxing of products or live streamed fashion events. “Instagram is a premium product. It allows us to pre-produce so we can create high-quality content,” said Fischer. From Stories, it can link out to longer-form content on Highsnobiety’s own site.

The content is similar on Snapchat, although less highly produced. The publisher has 80,000 followers on the platform, and the open rate is 50 percent, which according to analytics firm Snaplytics, is about average for publishers.

Unsurprisingly, Facebook is where it gets the reach. With 2 million page likes, it accounts for 58 percent of Highsnobiety’s reach across platforms. It cuts Facebook videos to one minute with subtitles. Often they are news-led, like this one about a Supreme super fan selling his streetwear collection, fetching 123,000 views.

The majority of revenue comes from creating content for brands. The publisher wouldn’t share what split comes from direct display advertising and how much comes from referral fees driven by What Drops Now, the shopping platform where Highsnobiety editors pick 50 products that go on sale that day.

Highsnobiety Plus, which has 20 staffers, creates commercial content for brands like Gucci, Levis, Mercedes-Benz, Nike and Adidas. For the launch of sneaker brand New Balance’s 247 edition, members of Highsnobiety ran events in seven cities around the world, including food markets, music concerts, art exhibitions and panel talks, live streaming them on Facebook, Snapchat and Instagram, and cut videos into recaps a week after the event. Fischer said only about 5 percent of its total content output is brand funded, so there’s more room to grow.

“The company has had the privilege of growing in a sustainable way,” said chief operating officer and managing director, Juergen Hopfgartner, who three months ago left his role managing Axel Springer’s digital media acquisitions. “It never started out to be a business, so it’s different to the VC-funded content startups that have emerged in the last five years. There are so many untapped growth opportunities,” he said talking particularly about growing e-commerce on Highsnobiety. “Previously, this has been more like a fifth wheel to the business, but we’re determined to make this a priority.”