Future of TV Briefing: The 2022 glossary 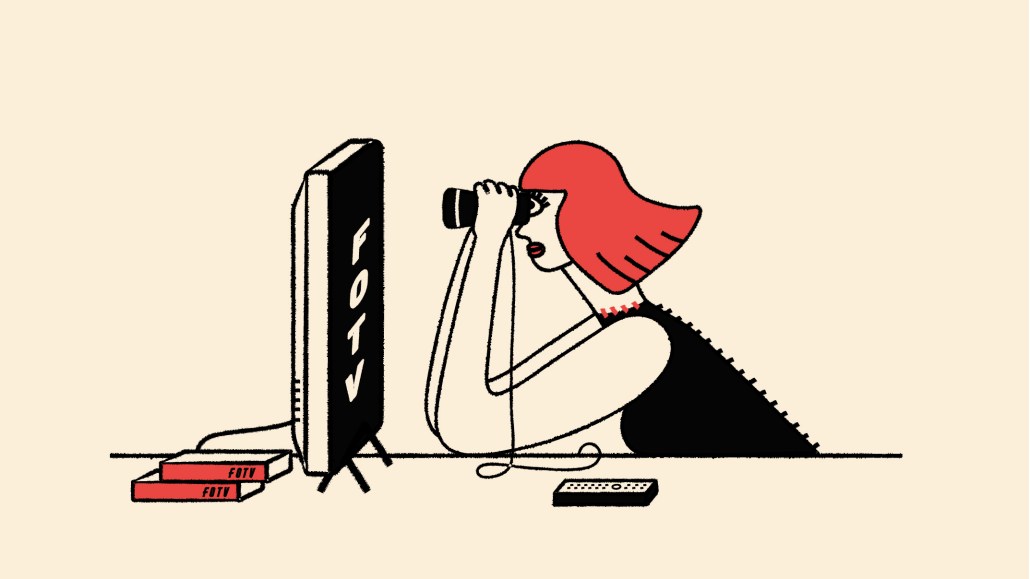 This week’s Future of TV Briefing aims to define some of the key terms that can cause confusion when talking about the TV, streaming and digital video industry.

The future of TV, defined

A year ago, we published a glossary of key terms that people in the TV, streaming and digital video industry use and, often, misuse. A year later, many of those terms continue to be used and, unfortunately, misused. So we are republishing the guide — with a few new additions for 2022 — that seek to head off any future confusion in conversations about the Future of TV.

What it stands for: Connected TV

What it refers to: TV screens that are connected to the internet. This can be either a smart TV with its own built-in operating system or a regular, “dumb” TV hooked up to an internet-connected device like an Apple TV box, Roku streaming stick or Chromecast dongle. The point is that CTV concerns the TV as a device through which people stream services like Netflix and Disney+ — it is not synonymous with streaming.

Example sentence: I don’t want to watch “House of Dragons” on my laptop, so I’ll stream it through HBO Max’s CTV app.

What it stands for: Over the top

What it refers to: The method of distributing TV shows outside of — or, over the top of — a cable box or satellite dish. At least that was the original definition. This acronym was introduced to describe TV networks making their programming available on their websites and other digital properties. Eventually, that included Hulu, which was one of the pioneering streaming services and likely a major reason why OTT has become synonymous with streaming and conflated with CTV.

How to use it: Don’t. Repeat: Do not use this acronym. Please. OTT was fine for a time, but that time has passed. As mentioned above, OTT has become synonymous with streaming, so let’s just say streaming instead. That way our friends and family members will know what the hell we’re talking about.

Example sentence: Remember when we used to say OTT? I’m so glad we all just say streaming now.

What it stands for: Free, ad-supported streaming TV

What it refers to: Streaming properties that resemble linear TV by carrying channels that air 24/7 based on a set programming schedule, are available for free and feature ads that interrupt the programming.

How to use it: To refer to the subsection of the ad-supported streaming market that mimics pre-DVR broadcast TV. The term FAST can be applied to the services themselves or to individual 24/7 channels that the services carry.

Example sentence: I don’t feel like figuring out what to watch. Just put on a FAST cooking channel so we can start eating.

What it stands for: Ad-supported video on demand

What it refers to: Video programming, such as TV shows and movies, that can be accessed at any time, are available either for free or a fee and carry ads that play before, during and/or after the program. AVOD’s distinguishing aspect is that programming is available on demand rather than requiring people to tune in at a given time.

But the line between AVOD and FAST is blurring.

A lot of FAST services, such as ViacomCBS’s Pluto TV, have added programming that is available on-demand and carries ads. Meanwhile, originally AVOD services like Amazon’s IMDb TV and Roku’s The Roku Channel have added FAST channels alongside their on-demand programming libraries. In short, only use AVOD when referring to a subsection of the ad-supported streaming market in order to differentiate from the FAST subsection. If the distinction is unnecessary, opt for the umbrella term “ad-supported streaming.”

Example sentence: I’m only interested in buying AVOD inventory because I figure those viewers are more likely to be paying attention when my ad airs.

What it stands for: Television

Admittedly, expanding TV beyond the traditional definition is going to take some time, especially with TikTok having a CTV app so that short-form video can also be considered TV. But if last year’s upfront negotiations are any indication, that broader meaning is gaining traction, especially with digital video platforms like YouTube rivaling Netflix’s TV watch time.

What it refers to: The measurement metric(s) used as the basis for transactions between ad buyers and sellers. Historically, this has referred to Nielsen’s Gross Ratings Point metric that gauges how many people may have seen a brand’s ad on TV, but it can also apply to other types of measurement. For example, since Google sells search ads on a cost-per-click basis, clicks are the currency for search advertising.

How to use it: To refer to measurements strictly when a measurement is the metric dictating how much money is to be exchanged between advertisers and media companies or tech platforms.

What it refers to: Videos that are 10 minutes or shorter in length and published on vertical video platforms like TikTok, Instagram Reels and YouTube Shorts — for the most part. If that sounds incorrect, that’s understandable. So let’s spend a lot of time talking about the category of videos that are supposed to be concise.

For years, “short-form” referred to videos that were shorter than half-hour TV episodes and typically meant 10-minute-or-less YouTube videos. Then YouTube creators started making 10- to 20-minute-long videos, which begat the term “mid-form video.” Then Snapchat created a market for sub-10-minute-long vertical videos, and TikTok shrunk the market even more with sub-60-second-long vertical videos.

Because nothing can ever be so straightforward, TikTok and Instagram have been blurring the definition of short-form video by extending TikTok video lengths to 10 minutes and Reels to 15 minutes. But rather than saying, “Screw it. It’s all video” and sacrificing any shorthand for delineating among different video formats, let’s stick with the historical 10-minute marker and add the vertical format as a filter

Example sentence: Our short-form video strategy right now is cutting clips from our TV shows and YouTube videos and reformatting them vertically to post to TikTok.

What it refers to: Videos that are more than a minute long and published on horizontal video platforms like YouTube, Facebook and streaming services. Basically any video that doesn’t qualify as short-form video.

As mentioned above, for years long-form video implicitly meant TV-length or longer videos. But then platforms like Vine, Snapchat and TikTok have pulled at the other end of the video spectrum to make 10-minute-long videos feel relatively long. And some TikTok creators even consider plus-60-second-long videos to be long-form. That line of delineation is reinforced by YouTube’s TikTok clone Shorts capping video lengths at 60 seconds, implying that YouTube considers 60 seconds to be the threshold between short-form and not-short-form, which we’ll call long-form (at least for now).

How to use it: With context. Same with short-form video, which is not the same as long-form video.

Example sentence: My long-form video strategy is stitching together a bunch of my TikToks into one video and zooming in to fill the screen horizontally so they look like an episodic TV or YouTube show.

“The one thing that was never dealt with in the last [Writers Guild of America] negotiation, because nobody wanted to shut down the business, was they never dealt with the residuals issue. That scares me a little bit. That’ll be [an issue] in 2023.”

Streaming services catch a lot of flak for showing people the same ad over and over again. But traditional TV also has a problem with overexposing audiences to ads.

According to measurement firm Samba TV’s “The State of Viewership” report, the vast majority of ads that aired on traditional TV in the first quarter of 2022 only reached roughly half of U.S. households.