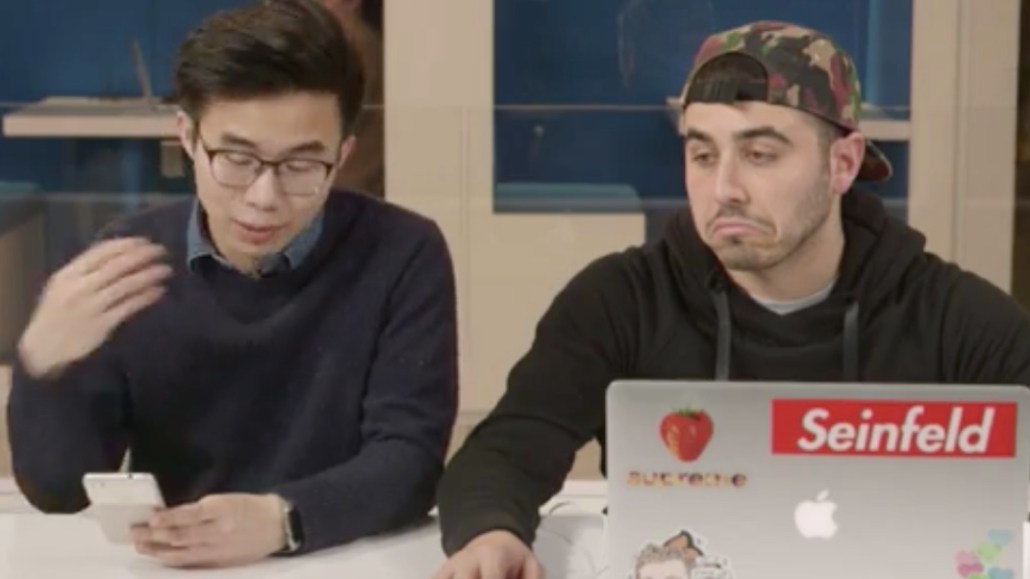 Publishers have live tech video fever. On Wednesday, Bloomberg Technology reporter Mark Gurman will debut “Gadgets with Gurman,” a product-focused show that will feature Gurman showing viewers tips and hacks that get help them get the most out of a product.

The first episode, which focuses on the Samsung Galaxy S8, will stream live on Facebook, Twitter, Bloomberg.com and on Bloomberg terminals at 3:30pm, ET. Future installments will appear at the same time and places on Wednesdays.

“Products are what drive the conversation and even the financials of many major companies,” Gurman said. “It’s important for us to share what’s next.”

“Gadgets” isn’t Bloomberg’s first foray into gadget review videos. Sam Grobart, who recently decamped to CNN, reviewed smartphones and other gizmos both on camera and in the pages of Businessweek.

With many publishers having trouble figuring out what works as live video, a growing number are pushing conversations about tech, a topic that performs well enough on Facebook that many publishers are breaking it out into a separate channel (Tech Insider, Mashable Tech, Unilad Tech, etc). Mashable debuted “Technically Speaking,” with Sam Sheffer, back in February; a separate, daily news show that Business Insider’s Steve Kovach hosts for Tech Insider launched last August, and USA Today has taken stabs at live shows on tech this year.

As a content category for publishers, tech has long performed well because it satisfies both readers’ curiosity and readers’ intent. Product reviews, for example, have always been an easy way to attract eyeballs via search, and stories about crazy future technology have always been shared.

But in feed-driven environments like Facebook or Twitter, things are different. The Verge, which has piled up video views by the millions with footage of things like a desk that you can work at while lying down, barely gets 50,000 views for a smartphone review. Similarly, Tech Insider, which hauled in over 660 million video views across its platforms last month (according to Tubular Labs), barely bothers with reviews. A Consumer Reports-style piece about a new Samsung tablet was one of Tech Insider’s worst-performing videos last month.

It’s not a coincidence that the most popular tech review video series, like Marques Brownlee’s, all live on YouTube, where search plays a bigger role in what people watch. Until Facebook rolls out a video-specific mobile product, or until more people start heading to Twitter to watch video, discoverability for these shows, outside of their core Facebook audiences, will remain a challenge.

Going live should give a talk show about tech more juice with Facebook and Twitter’s algorithms; by far the top-performing videos shared from USA Today’s Money & Tech page were live. Or it might be another format that fails to take off in a product Facebook has been trying to promote for a very long time.