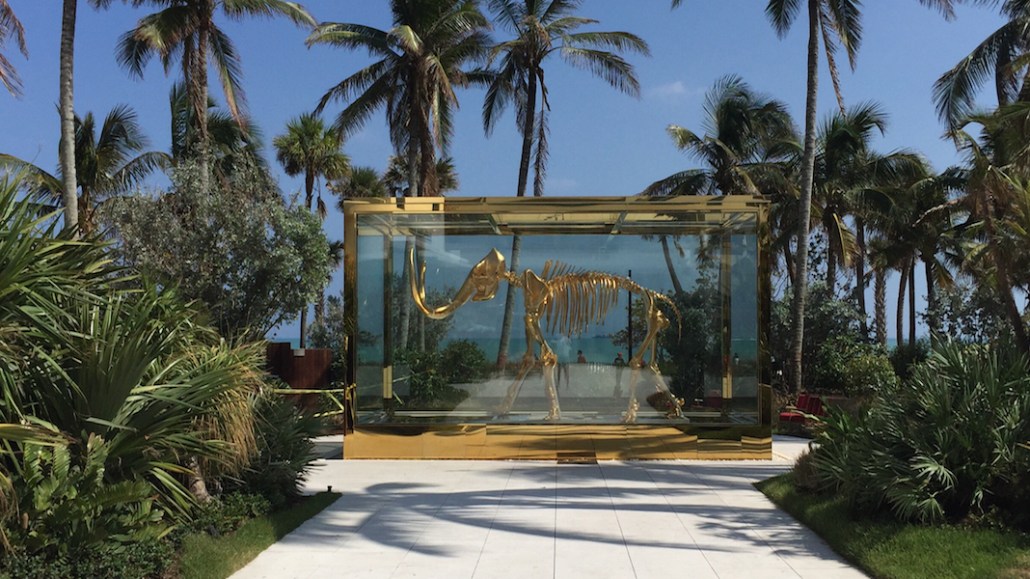 Even when they’re at the beach, publishers obsess over Facebook. Digiday gathered C-level executives in Miami Beach, Florida, at our second Moguls event to discuss the issues on their minds.

As with our other events, Moguls operates under the Chatham House Rule, which means comments are on the record but not attributed. Here’s a small portion of what captured our attention in the theater, by the pool and over drinks.

“I don’t think there’s a future in [90-second in-feed video]. Advertisers don’t want to appear alongside it, and Facebook keeps incentivizing us to make longer clips. I have to tell all our clips guys not to send us stuff under 90 seconds because I can’t use it.”

“I make more money off a Facebook Live video with 200,000 views than a viral Facebook video that does 50 million views. It’s because I can direct sell an integration on the Live video.”

“I was really hoping the [increased] pageviews would offset the lower monetization. It didn’t happen. You can’t boost an Instant Article because it can’t make money.”

“I can monetize a video at a $30 CPM on my site. On Facebook, it’s 15 cents. [Facebook] could increase the monetization 10 times, and it’s still not interesting to me. I don’t know if that’s a sustainable business.”

“I haven’t noticed any drop-off in reach on [branded] content that has a handshake on it, but you can tell that’s coming. It’s only a matter of time before Facebook puts a tax on that.”

Brands matter more than ever
“You need to sell your brand. If it’s just a media buy, you’re out. It’s Facebook and Google, and you’re done.”

“You can’t win on scale or reach; you have to sell on the idea.”

“I believe the web is changing so much that unless you’re doing something completely different, you will become a commodity.”

“There is a lot of shit out there that’s embarrassing and frustrating to those of us trying to create high-quality content. We’re not going to stoop down to the level of creating shit content to make a quick buck.”

Facebook as more than just a revenue source
“What if the future of Facebook is just as a place for brand marketing [for publishers]?”

“I’m thinking more and more about Facebook less as a distribution channel and more as an audience acquisition tool that has to perform just like every other channel. I am less interested in posting just for the sake of getting my stuff out there.”

“Facebook is the engine that drives everything. You can’t just look at it whether you’re making dollars on it.”

The challenges of monetizing owned properties
“Right now, we’re at about 60 percent [mobile], and I don’t think I want it to get any higher, honestly.”

“Our site is where we make money, but we think that’s a dying business.”

Snapchat Discover is a mixed bag
“Everything in [Discover] looks the same now. It’s a joke.”

“It’s a slide in our deck. But if our advertisers want to buy Snapchat, they’re going to go to Snapchat directly.”

“We have seen traffic and engagement grow year over year on Snapchat Discover. We are seeing greater fill rate and more brands interested.”

Minimizing platform dependence
“I generally think we’re too silent when it comes to platforms. We can’t be participating and complaining.”

“The problems that Silicon Valley is interested in solving are about scale. The local block-and-tackle is not sexy for them. The play for us and others is the extent to which your business is local.”

Remaining focused on what’s important
“I couldn’t care less about anything that doesn’t bring me money.”

Viewability wars
“Agencies have these standards that are unrealistic. They want 100 percent viewability. I say, ‘Reject the ad.’ They then come back and accept 70 percent. Who are these people? These 10-year-old kids.”

“Some agencies have asked for 100 percent organic views. That’s crazy.”

Photo: Damien Hirst’s “Gone but not forgotten” is on display at Faena Hotel in Miami Beach, the site of Digiday Moguls. Credit: Max Willens

https://digiday.com/?p=254824
Most Read
Trending in Publishing in the Platform Era
Digiday Top Stories