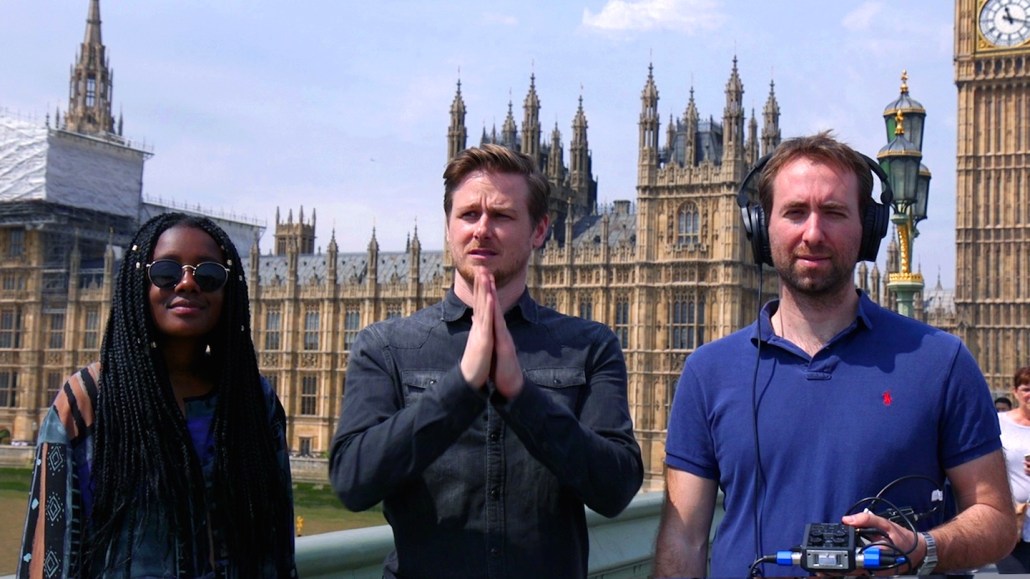 BuzzFeed is exporting its popular food-focused web series, “Worth It,” to the U.K. on Nov. 5. “Worth It UK,” which is the company’s first original series there, will air weekly on Facebook and YouTube.

In the U.S. version, the show’s hosts travel across America tasting a food item at high and low price points, comparing a high-end $79 ramen with a $3 equivalent, for example. For Brits, the show will focus on fare typically found in the U.K., like tea, curries, kebabs and fish and chips. Executive producer and host Richard Alan Reid hopes the series will expand beyond YouTube and Facebook as BuzzFeed launches more series in the U.K.

A global expansion of “Worth It” wasn’t always in the cards, Reid said. The series started out in Los Angeles before expanding to New York and elsewhere in the U.S., with the finale of the third season occurring in Japan. “At the end of season two, we thought, ‘This is really universal; we have a global audience tuning into it, like a TV show,’” he said. “We knew it was a format we could export.”

BuzzFeed tried to avoid making “Worth It UK,” a collaboration between BuzzFeed Motion Pictures Group — a 40-person unit inside BuzzFeed Entertainment — and BuzzFeed UK’s creative team, seem like a U.S. series with a U.K. offshoot. “Worth It UK” has a few tweaks: There are more hosts who rotate, and each episode happens in a new place, including London, Brighton and Manchester, to show a wider breadth of British cuisine. The tone is also different, Reid said.

“It’s a positive show, but we also wanted to embrace the slightly drier sense of humor,” he said. “There’s a little more cynicism.”

“Worth It,” whose fourth season in the States launches in 2018, has had good numbers. Episodes typically run 12 to 16 minutes and generate 10 million views on YouTube, according to BuzzFeed. The company also said “Worth It” has generated over 360 million views to date, with over 2.5 billion total minutes of watch time.

BuzzFeed has embraced creating shows for specific platforms, and series encourage more regular viewing. Digiday previously reported that at one time, BuzzFeed had 31 shows in development or production at BuzzFeed Motion Pictures Group. Each show has different distribution partners, including platforms and BuzzFeed investor NBCUniversal. At the beginning of October, BuzzFeed announced its morning news show streamed on Twitter, “AM to DM,” reaches 1 million daily viewers.

Impressive views are one thing, but evidence that people are watching ads will be needed to get more advertisers on board, said John Thomson, group strategic planning director at Carat.

“[BuzzFeed is] setting itself up as a broadcaster in the U.K. now,” Thomson said. “It’s no longer about getting product integrations on Proper Tasty, but carrying mass reach and mass advertising, opening it up to audiovisual budgets where the big brand money is. … It will be interesting to see how this stacks up against TV in the long run.”