Moment of monetized zen: Brands are cashing in on the new ‘satisfying videos’ craze 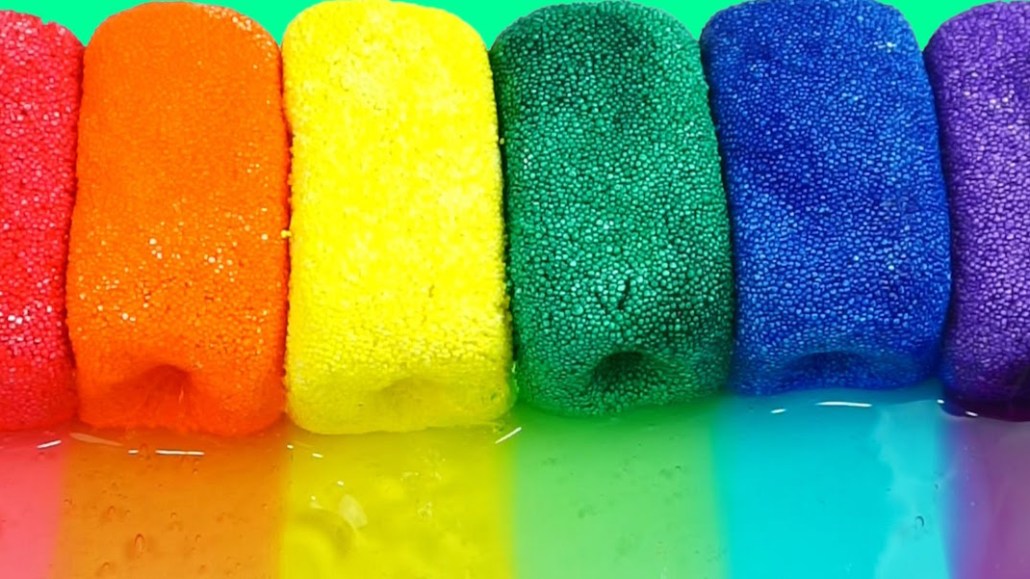 Imagine a thin line of avocado slices that start curling inwards, rolling together and taking shape of a flower, or a round jelly cake being divided by a ceramic knife into four pieces of equal size, so perfect that you don’t even want to take a bite.

If you find these images relaxing or tinglingly pleasurable to watch, you will like “satisfying videos.”

“Satisfying video” clips feature repetitive tasks, perfect patterns in motion or machinery processes being completed in slow motion, with relaxing music. On Instagram, there are more than 265,000 posts under the hashtag #satisfyingvideos and as of writing, another 13 have jumped up within just two minutes, according to social analytics firm Brandwatch. On Reddit, there are active subreddits, “mildlysatisfying” and “oddlysatisfying,” where users discuss their favorite hypnotic videos and GIFs. And on Twitter, celebrities like Chrissy Teigen are mesmerized by those clips.

Publishers who are pursing views are aware of this trend. BuzzFeed, for instance, has been curating satisfying videos from Instagram and YouTube, churning out articles with headlines “11 oddly satisfying videos that will calm you down” and “This video of things melting is the most satisfying thing you’ll see all day.”

The reason for the rise of these videos isn’t known. But these are times in serious need of zen, and people will take it where they can get it.

“We know that color mixing is trendy on Instagram. I think the slow nature of those videos are different from what you typically see in your news feed,” said Juliet Tierney, manager of social and content systems for Arnold. “Those videos allow you to take a second out of your busy day and meditate. We are seeing a very strong completion rate.”

While David Coomer, chief creative officer for agency Cornett, thinks that advertisers have always worked to have elements of satisfaction in their creative to make the communication intuitive and easy to connect on an emotional level. And from TV to billboards, Coca-Cola’s “Taste The Feeling” campaign could be one of the best uses of neuroscience in marketing. “The photography is filled with happiness, the product looks tasty, even the sunlight showcases the brand’s iconic red while giving it a sense of warmth and playfulness,” he said.

For R/GA managing director Chapin Clark, the most memorable advertising that applies the concept of satisfying videos is a series of banner ads for small publisher Seagull Books that he saw on the New York Times last summer. According to Clark, those banners were simply videos of seagulls on the beach, flapping their wings, looking off into the distance with the wind ruffling their feathers. There was no ad copy or description about specific book titles.

“They were oddly hypnotic and weirdly funny,” said Clark. “I still remember them and the advertiser’s name, very clearly.”

Satisfying videos look very familiar to ASMR content (which is short for autonomous sensory meridian response) that take viewers to a calm and happy state through certain types of soft sounds, including soft whispering and crinkling paper. Brands like KFC and Dove chocolate have created ASMR ads to tout consumers.

Clark thinks that satisfying videos resonate with the viewer’s emotional position: People are tired of arguing about things or having a well-informed opinion about world events. In many cases, people don’t have to have an option about everything. The internet can be a very contentious, scary and angry place, on a daily basis. Given the current political climate in the U.S., maybe now more than ever, according to Clark.

“I think we all need a respite in our feeds every now and then,” he said. “These videos are fulfilling in themselves. There is no point-counterpoint. They just are.”