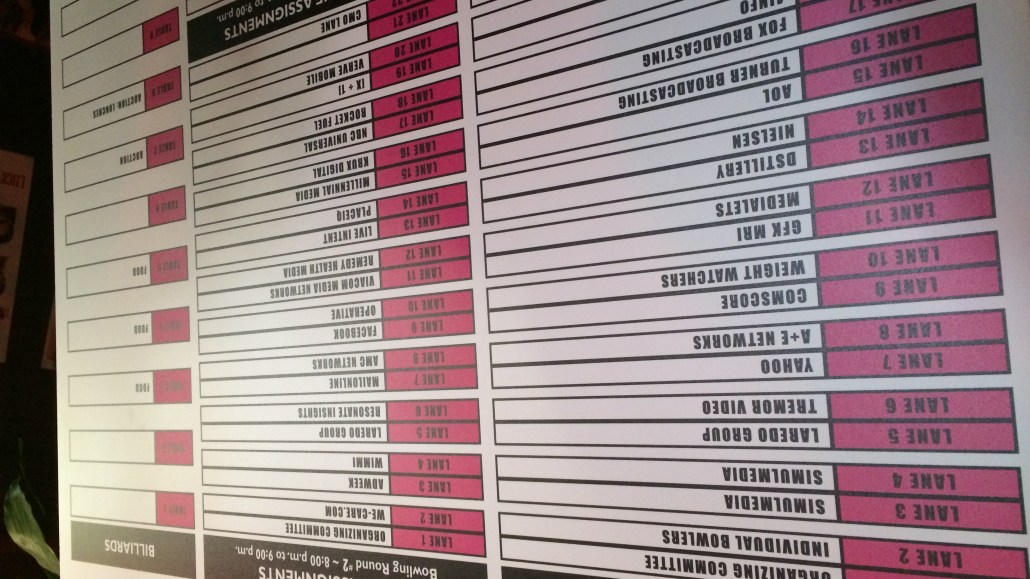 Leslie Laredo is a breast cancer survivor. Five years now. While she was going through her treatments, she and her family frequented BreastCancer.org, a site for all affected by the disease. After she successfully put cancer into remission, she joined the site as a board member and, in doing so, has recruited her extensive media network to join in the fight.

“I never did a lot of volunteer work before,” Laredo said. “So to have the chance to volunteer and jump right in and help make this event as big as it is, I feel very proud of it.”

On Thursday, about 400 digital media executives gathered at Lucky Strike Lanes on the west side of Manhattan to participate in the fifth annual Bowling for Breast Cancer, which benefits BreastCancer.org. During that time, the event has raised more than $1million. This year sponsors included AOL Yahoo, Facebook, Krux, Millennial Media, Weight Watchers Media, comScore and several others.

“We want to give the right medical information to the right person at the right time,” said Marisa Weiss, breast cancer oncologist, president and founder of BreastCancer.org.

“Medical information is more complicated than it’s ever been and the time with your doctor is much less. The average time [of a visit] is seven minutes. So people need a safe place to go to get information as they try to make the best decisions to protect their lives.”

Matt Prohaska, former programmatic advertising director at the New York Times, and now the principal at Prohaska Consulting, has been involved with the event for the last two years.

“It’s a more personal story than just the digital media industry coming to pick a cause out of a hat,” he said. “This comes from a lot of people we love tremendously and have known for many years, that have been challenged and risen above and have beaten this challenge.”

If you would like to take part in the next fundraising event, “Lunches of a Lifetime,” which auctions off lunch meetings with industry executives including Carolyn Everson, vp of global marketing solutions at Facebook, click here.

https://digiday.com/?p=69082
Most Read
Trending in
Explore More from Digiday Media