‘They offered us everything but the kitchen sink’: DTC brands are mostly spurning Amazon 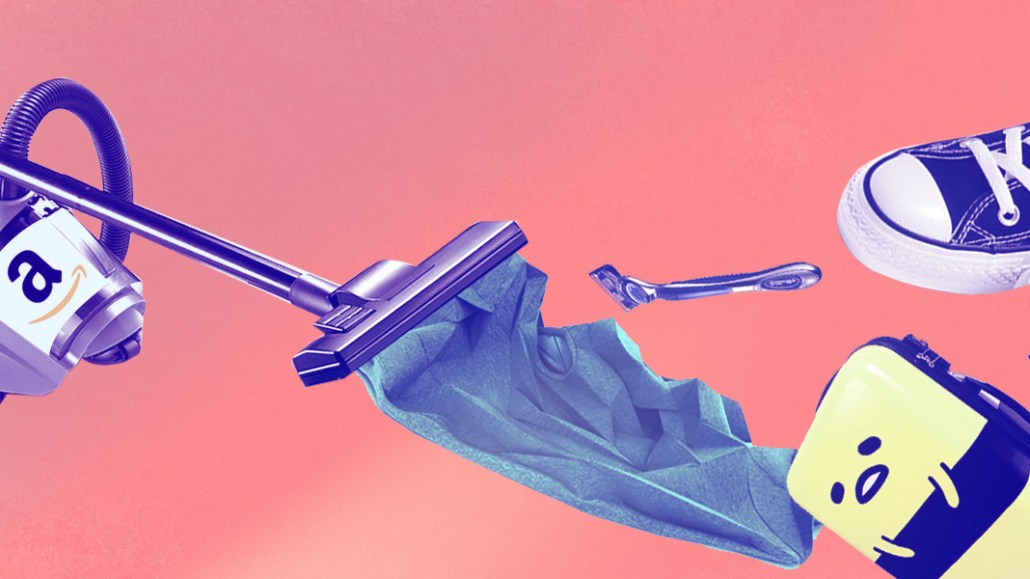 Last October, Amazon invited a group of founders of direct-to-consumer brands to headquarters in Seattle. On the agenda: A discussion about where they may fit on the marketplace as well as dinner, a tour of Amazon’s campus and the Amazon Go store and even the opportunity to fill a cart for free, courtesy of Amazon.

Some brands invited were already sellers and were there to share their successful experiences, but most, including DSTLD Denim and Andie Swim, didn’t have any existing presence on Amazon.

So, when those founders sat down for a roundtable with executives led by Amazon’s direct-to-consumer business development leads Jason Yoong and Chadd Ciccarelli, they explained why they didn’t want their brands to be sold on Amazon.

The reasons included: Amazon’s refusal to share meaningful customer data, its lack of nuance and expertise in areas like premium fashion, the lack of discoverability on Amazon’s search platform, the inability to track attribution from platforms like Facebook, its general user experience, its faceless customer service and, overall, an ominous feeling that a deal with Amazon was a deal with the devil.

“The only advantage you have in the DTC world today is that you are defensible against Amazon because of your brand. That’s our whole selling point,” said Mark Lynn, the co-founder of DSTLD. “It’s hard to build a long-lasting business in retail: the margins are low, it takes time. But we believe our brand is defensible and if you sell your soul, well, that’s kind of the end of that.”

Melanie Travis, the founder of the DTC swimwear brand Andie, said that when junior Amazon merchandisers started reaching out to the brand in late 2017, it felt like hitting a milestone. But conversations with Amazon were essentially non-starters.

“Selling on Amazon doesn’t work for a customer-centric brand. I told them it’s hypocritical for them to be so loud and proud about how much they care about the customer, and then essentially want to take that away from us,” said Travis. “They basically want to reduce us from a brand to a product. They’re all nice people, but they’re a monster platform.”

Boasting an anti-Amazon growth strategy has become a point of pride for brands that fancy themselves as part of the resistance against Amazon’s retail machine. These brands do business by way of building customer connections from data, with tactics like feel-good sustainability messages and we’re-your-friend marketing strategies layered on top. Customers may shop Amazon for basics — diapers, batteries — but when they shop from brands for more considered purchases, they’re buying into something bigger. It’s an attitude that separates these digital brands from the hundreds of Amazon sellers that are, by all other accounts, direct-to-consumer businesses. Having raised venture capital to fund pricy customer acquisition also helps: Brands with deep pockets have the luxury of turning down Amazon, at least for right now.

Amazon doesn’t need business from these brands to pad its bottom line, but it wants the customer that buys into DTC brands. So it’s offering incentives to make that happen, ranging from specialized shipping packages to financial investments.

“Everything but the kitchen sink”
Fred Killingsworth, an ex-Amazon employee and founder of Amazon consultancy Hinge, said that Amazon is always on the prowl to get more brands to sell on its platform. But, he said these DTC brands — which have brand equity, loyal customers and generally a few years of selling online under their belts — are being specially courted as part of an Amazon push to stake some claim in the category. Competitor Walmart has already made headway with digital brand acquisitions, including Bonobos, Jet.com and Modcloth, and Amazon needs to figure out its own DTC strategy.

Several brand founders told Digiday that Amazon has offered them special deals to get them to sell. Those deals include financial investments ranging from $500,000 to $1 million if the brand would commit to selling on the platform, $1 million worth of free advertising on Amazon, and free inventory management through Fulfilled By Amazon. Amazon didn’t respond to several requests for comment for this article.

“They’ve offered us everything but the kitchen sink, or everything but offering to buy our business,” said one brand CEO who was pitched by Amazon. “But it’s not that they don’t have the budget — they’ve made that clear they have resources to get this right.”

Direct-to-consumer retail has become an industry force: According to data from PitchBook, VCs invested $5 billion in internet retail startups in 2018, up from $3.8 billion in 2017, and these brands are beginning to extend their reach offline, with 850 digital brand stores projected to open in the next five years. But, it should help Amazon’s case that digitally native brands are finding that profitability is hard to achieve when you have to spend VC funding on customer acquisition. Some have even started selling through Target and Nordstrom to boost growth.

And Amazon’s reps are persistent. Lynn said he gets regular texts from his Amazon contact. Ryan Babenzien, the founder of sneaker brand Greats, said Amazon reps have approached his team “in every way, shape and form.” (“Politely and cordially, I decline.”)

Duncan Blair, the director of marketing at online furniture brand Article, said that last year, Amazon reached out about once a week about getting Article to sell on Amazon. It’s a no-go, he said, because part of the Article experience is its delivery and set up services, which wouldn’t work on Amazon.

The overriding problem is that, because Amazon as a company is so customer-focused, it doesn’t always show that it values brands, according to Kyle Olson, business manager at Amazon agency OrcaPacific. According to the founders in the room at the October roundtable, Amazon is not willing to bend its customer data policy — meaning DTC brands would only get access to general Amazon customer insight and not specifics about who is buying their products on Amazon.

In its defense, Amazon pins its tight data policies on customer trust, saying that Amazon customers shop the site with the faith that their information won’t be shopped around to sellers and brands. That’s something direct-to-consumer brands that rely on customer data could ostensibly respect, except it hinders their business models.

But, it would help if Amazon at least gave a glimpse under the hood in the courting process. Travis said that Amazon reps suggested brands see positive results from driving marketing spend on outside platforms like Facebook to Amazon product pages, instead of brand dot coms, primarily because of trusted Amazon name. Amazon didn’t share the numbers to back that up.

“Basically, they’re saying they want us to raise from VCs, and then give them the money we raise through our marketing budgets. It feels insulting,” said Travis.

Brand founders also want Amazon to answer to the possibility that it could price-undercutting premium brands with Amazon private-label products, something the company won’t do. “They would say, ‘Private label isn’t focused on areas like yours right now,’” said Lynn. “And I would say, ‘Yeah — for now.’”

“Amazon is always looking out for Amazon, so even if they cut some deals, they’re only looking out for their own interests,” said Frank Poore, CEO of CommerceHub, an e-commerce and marketing platform. “They don’t do partnerships, they do one-sided deals. If they’re cutting you a break there’s probably a catch.”

“We’ve only seen growth”
Not all brands are shutting down pitches from Amazon. The team at Boll & Branch, a digitally native bedding brand, was flown out to Seattle to meet with the Amazon team last spring and a few months later, was up and running on the site. Katie Nahoum, head of business development and partnerships at Boll & Branch, said that Amazon presented every possible way of selling to them (through third-party, wholesale or via a partner.) It settled on selling through a partner, Tall Ridge. She wouldn’t share the terms of the deal or where the majority of traffic comes from, but said the experience has been positive.

“The decision came down to this: We want to be where our customers are and make it as easy as possible to shop,” said Nahoum. “We’ve only seen growth since.”

Bedding brand Buffy also sells its comforter on Amazon and was able to convince Amazon to let it ship it in its own packaging to buyers, which CEO Leo Wang said was a perk more upper-tier brands could get.

Others say that while some Amazon selling scenarios seem like they could make sense — like selling a single item on the platform in an effort to market the brand and drive more traffic to their site — it feels like too much like a slippery slope to act on. Amazon does give brands the opportunity to advertise on Amazon, using the company’s generalized data, even if they don’t sell on the platform. But Lynn said that advertising on Amazon to pull customers to another brand’s site feels like a gamble.

Olson said that eventually, all online brands will need to have some Amazon strategy. But the problem for DTC brands is not just that Amazon won’t budge on customer data or could potentially launch a competitive private-label product. It’s that the site experience is stacked against them. Algorithms favor the most affordable, frequently purchased products in search results, meaning a premium product will have a hard time rising to the top. Babenzien points to Nike’s presence on Amazon as a warning sign. “If people still shop from non-Nike sellers on Amazon, and not Nike, how can any other brand win?” he said.

“To me, I think of Amazon as one side of retail and then the Shopify-and-Facebook brand as the other. I think they can coexist because Amazon is for the products of the world,” said Travis. “Brands aren’t going away any time soon. But Amazon is not a home for brands.”

This article was updated to add context to insight from OrcaPacific business manager Kyle Olson.