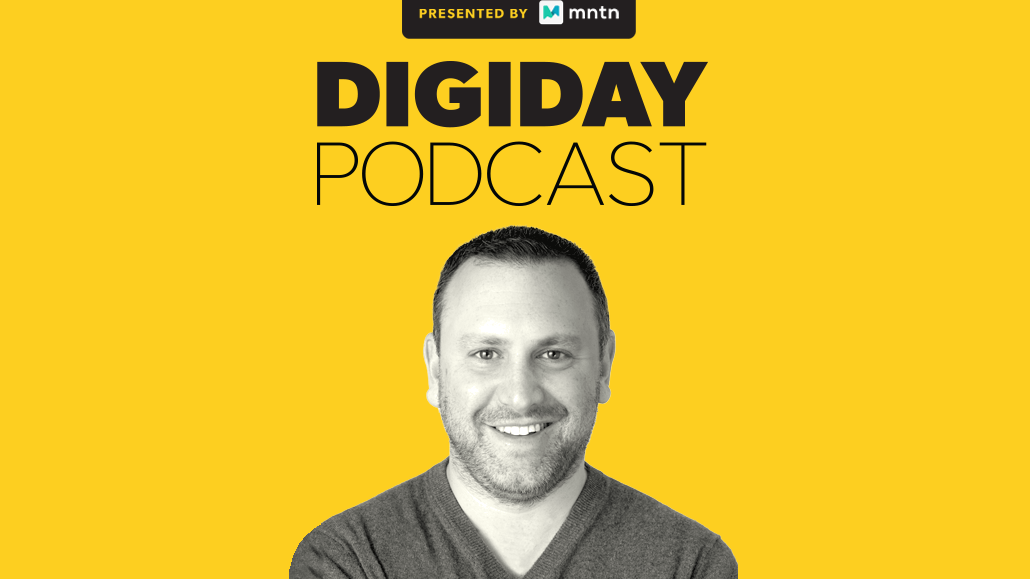 Vice Media Group ended 2022 behind where it thought it was going to be — about $100 million short of the revenue goal of $700 million set by its leadership at the beginning of the year. But Geoff Schiller, VMG’s global evp of commercial and sales strategy, is optimistic that events, intellectual property and digital video will be the sellable assets that carry the company forward in 2023.

That’s because in his first quarter on the job (Schiller joined VMG in September after leaving Group Nine/Vox Media in June after almost three years), those products were the top areas of focus for advertisers, including partnering with VMG’s brands at Art Basel in Miami. Where other publishers reported growth in quick-turn campaigns and ads, like programmatic during the fourth quarter, Schiller said branded assets were still top of mind for Vice’s clients.

In the latest episode of the Digiday Podcast, Schiller discusses his team’s strategy for selling new products in 2023, like Refinery29’s Twitch programming, as well as his philosophy on how hard to lean into revenue-share programs on social media.

Highlight from the conversation have been lightly edited and condensed for clarity.

Weighing the value of social media

My approach, as it relates to passive revenue and direct revenue, is to lean into predictability. Save for an algorithm change here or there, dotcom and indirect programmatic revenue from display and pre-roll bases has largely been a business that is stable [and] that companies can build predictable revenue on top of. Those companies that have significant dotcoms are seeing less revenue fluctuations.

As far as platform [revenue] sharing, it really is a story of the cream rising to the top. So I don’t think it’s a catch all that might be that secondary revenue stream that’s going to save publishers. It’s really, if you have compelling content, and it’s driving views, you’ll get rev shares. And if not, I don’t think you can retrofit.

That’s what’s happened over the last six [to] seven years — the arms race around how many likes do you need to have on Facebook, then it was how many views. And you see what Meta does, which is every year they’re tweaking [their algorithm] and brands that try to retrofit [their content to the] algorithm fail.

Long winded way of saying, display, pre-roll [and] programmatic: thumbs up. Social revenue streams on the passive side I think will be few and far between for only those publishers that aren’t delivering the most differentiated, the most compelling [content]. And so from that lens branded content and distribution of that branded content is where social has the most value, so it’s more of a direct play.

Leaning into experiential when others weren’t

For us, Q4 was probably a little bit different [from what other publishers were reporting] because it was less about seamless, transactional media [and more about experiential and branded content against franchises].

We just [came] off of our first year in partnership with Art Basel in Miami and that involved IRL, social [and] light touch custom, as you might call it. And for us, that’s a good sign, because some [publishers] that are really dependent on branded content [are] seeing that [being] effect[ed by headwinds]. Clients will say, “We only want to focus on what’s easy. We have our assets [and] we want to push [those] out.”

When you think about the concept of increasing market share, I think [Art] Basel and activating there, we had three partners across the Vice Media Group landscape — Cash App, Expedia and Marc Jacobs — all activated during a time when if you read the trades, it would lead you down a path of it’s all programmatic. So I think we are incredibly well positioned, not just in ‘23.

Quick timelines even on bigger campaigns

With experiential, there is obviously lead time, [but] I would say [Art Basel] was definitely a lot more condensed. In a perfect world, we are six months out. That wasn’t the case here.

Because we were working with Art Basel [in] a physical space, it was something that we actually were in market with a little bit later than usual. So I do think it’s a good bellwether for the fact that close to in-quarter activations are still top of mind for clients. And I think that unique marketplace differentiation of, if we want to do something big, if we want to earn media, if we want it to be grounded in award winning creative, they’re going to work with Vice. That really is compelling.

As we go into [this] year, we’re going to try to be as strategic as we can, in terms of advanced selling. But separate from all of that, our franchises are an incredible asset to us and part of having franchises is being able to draw folks in early on because it’s predictable.