How Betches Media is using short form, vertical video to continue growing in 2023 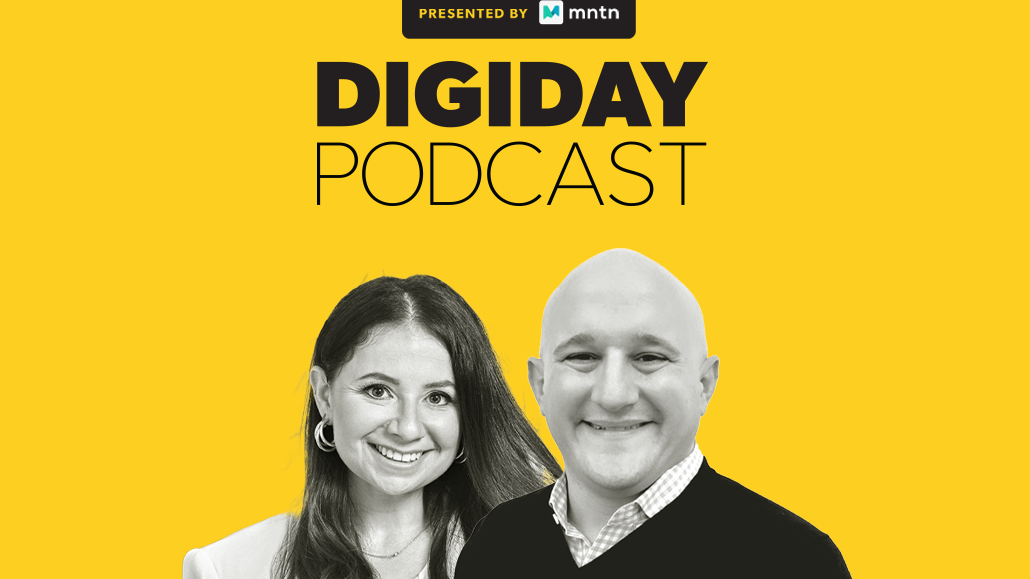 Many publishers pivoted to short form vertical video in the past year as platforms prioritized those content formats in their algorithms. Betches Media, however, invested more in its social-first content strategy that it’s had since its creation in 2011, according to co-founder and CEO Aleen Dreksler, to continue reaching its audience of primarily millennial and Gen Z women.

It seems to have paid off in 2022, despite how challenging the ad market was for many publishers’ businesses. Betches Media saw a 40% increase in revenue year over year, according to David Spiegel, the recently appointed chief revenue officer who joined the company last July who did not provide specific figures.

Despite having a long history of producing short form vertical video, Dreksler and Spiegel both said on the latest episode of the Digiday Podcast, that there is more learning that needs to be done, especially on emerging platforms like YouTube Shorts — which has been particularly helpful in the company’s launch of video podcasts.

A growth business in a down economy

Spiegel: Coming out of the pandemic, we’ve organically grown on an annualized rate of about 35% year over year. [In 2022], we [finished] over 40% growth year over year. And as we’re looking into [20]23, we still see a similar growth trajectory.

It comes down to a couple of things. When you’re reading about the trends in the ecosystem… the IAB [is reporting that] the markets are going to grow 6% instead of 9% next year, and the major [categories] that are going to fall are linear television. These kinds of legacy products that are outdated, but have kind of carried the beltway, I think the same thing happens in digital publishing.

If you are a massively scaled publisher who has a very large percentage of your business tied to direct display, that’s risky, right? There are easier ways to do that. Especially if you’re non-differentiated, which unfortunately, because we’ve spent the last 20 years on the internet chasing scale at all costs and in digital publishing, that creates a lot of risk.

There are a lot of stones to still be unturned, the majority of marketers happen to be in our demographic [and] most of them, as I find out, are fans of us, [but] they have not looked at us from a business perspective. So if we can connect those dots, there’s a huge opportunity there. And so I’m projecting growth, not just solely on market dominance or historical trends, but I’m still in a growth business. And even going into economic uncertainty, a growth business still has incredible growth opportunities.

Not needing to pivot to short form vertical video

Dreksler: I don’t think that we ever pivoted away from short form video. We were testing with long form and obviously it’s a lot larger of an investment to do long form, so we pivoted back sooner, because we know how to make content for our audience in short form. It comes very, very naturally to us. And if anything, we understand the type of content that makes sense for short form and the type of content that makes sense for long form, and they’re different. And that’s the key to the strategy. What we are going to continue to do is serialize a lot of our short form content.

Spiegel: This isn’t a company that is pivoting out of a core business of monetizing a giant YouTube following or saying we have a CTV channel that no one actually has ever watched. But what they’ve done is they’ve gone for organic audience engagement from day one. And short form vertical skits have been a core of the business for a bit now.

If we can give [our audience] something that’s incredibly funny, in less than 60 seconds, they’re going to share it with other friends, it’s going to slide into the group chat. And that’s what we want to do. So I think it’s an incredible marketing vehicle for our brand and it’s a great monetization vehicle, because we use the same sensibility [and] the same team, when we’re working with brand partners.

Spiegel: In October, we brought [the podcast] “U Up?” to YouTube and it was our first time doing in-studio podcast video on a channel. And that’s grown to almost 6,000 subscribers organically in the last couple of months. That, I think, plays into our Short strategy also, because while we’re also publishing long, if not full, episodes of “U Up?,” we’re also doing a lot of Shorts from the show, to get into the feed and start promoting it from that angle. We are also distributing our skit content across platforms and I think we’re still in a bit of a learning phase in terms of what works there. I don’t think anyone’s really figured out the Shorts algorithm other than it’s TikTok lite, and if we can take advantage and build scale and build importance in that algorithm, then we might be at a competitive advantage when they do turn on monetization.

https://digiday.com/?p=484310
Most Read
Trending in Publishing in the Platform Era
Digiday Top Stories