YouTube stars are coming to a stage near you 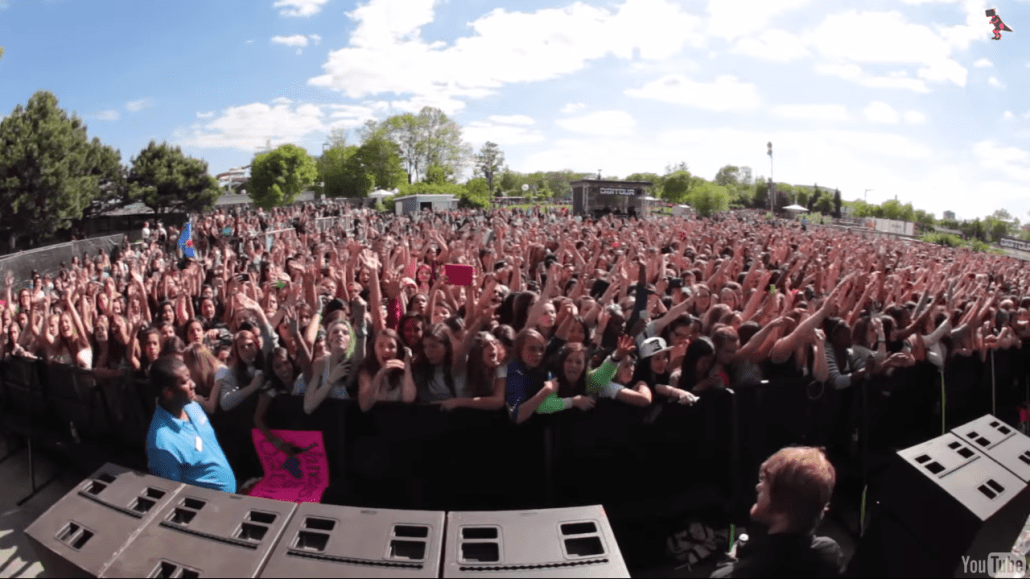 On a Friday this past June, thousands of squealing girls descended on New York’s Citi Field. But they weren’t there for a ballgame or a One Direction concert. The day’s main attraction was stars from YouTube, like vlogging supergroup Our2ndLife, and from Vine, like Cameron Dallas.

The live performance drew 12,500 mostly teen girl attendees who paid $35 a pop, $100 for “VIPs,” as part of DigiFest NYC. The event was part of a growing cottage industry for YouTube and Vine stars who are capitalizing on their online celebrity by headlining live shows and tours. A few years back, these events didn’t exist, but today stars like Vine music duo Jack & Jack and YouTube vlogger Tyler Oakley are filling small arenas. They’re not drawing Taylor Swift-sized crowds yet, but if ticket-sale trends continue, that future may not be too far off.

One of the earliest movers in the space is DigiTour Media, a 4-year-old startup that produces events and festivals featuring popular online creators. It’s on track to sell 120,000 tickets this year across 60 shows, which included three national tours.

“To these teens, it’s not like these are social stars and then there’s real stars,” said Meridith Valiando Rojas, co-founder and CEO of DigiTour Media. “These are their real stars.”

DigiTour’s shows include some music acts, but they also prominently feature comedians, pranksters and other social personalities. The transition to live performances isn’t as easy for a YouTube star used to filming out of a small studio or home. The result is something like digital vaudeville, with scripted segments, crowd games and pre-made videos rolling on- and off-stage at a rapid clip.

“We put on productions that are closer to a live TV show than a traditional music concert,” said Valiando Rojas. “There’s no sort of rulebook at this time.”

DigiTour’s success has inspired others to emulate the model. Fullscreen, a multichannel network with over 50,000 channel partners on YouTube, held its inaugural Intour event at the Pasadena Convention Center in September. Intour drew around 2,000 attendees, who came to watch Fullscreen creators like Connor Franta, Ricky Dillon and Sam Tsui perform live on stage.

Live events are proving an efficient monetization vehicle for social stardom, said Fullscreen president Ezra Cooperstein. Not only will fans pay top dollar for access to the creators they love, he said, but brands love the close bonds they can forge with consumers through live events.

“At an Intour afterparty, Taco Bell served an arena of 1,000 people some of their new menu items,” said Cooperstein. “It was an incredible opportunity for them to be in front of this young, influential audience of teens, which is not something they necessarily get on the video channels they’re normally buying through.”

Running these events is not without challenges, of course. It takes a lot of training and practice to prepare YouTube stars for a live performance. When appropriate, DigiTour will run its talent through dance and improv classes to get them ready for the stage.

The audience for most of these shows is teen and pre-teen girls — girls outnumber boys eight to one at DigiTour events — and the only place to buy beer (and perhaps relief) is at the parents’ tent. DigiTour is experimenting with more programming for men, including a gaming tour, but knows its “sweet spot to date has been fangirl excitement,” according to Valiando Rojas.

As live social space matures, more standout stars will strike out on their own. Comedy and music group The Janoskians, which has over 1.7 million YouTube subscribers, just wrapped up its second world tour. The group is signed to the AwesomenessTV multichannel network, but organized the three-month tour on its own, averaging 3,000 attendees at each venue at $30 a pop, according to manager and tour executive producer Jeremy Skaller.

“If you treat live performances for the digital media star no differently than you treat it for the traditional pop star, then obviously touring becomes a massive component of your revenue,” said Skaller. “At the end of the day, everyone will have to do it, because it’s the only way to be sustainable.

“So many acts are getting ready to hit the road,” he said. “It’s going to get cluttered, it’s going to get noisy and — no different than any other medium — the really good ones are going to win.”