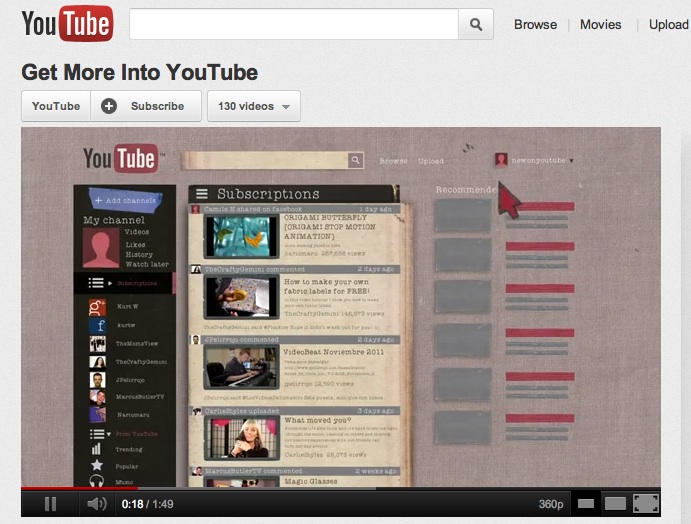 The pitch is simple. “Get More into YouTube.” That’s the message being featured, along with an accompanying clip, on YouTube’s redesigned home page. With the Google-owned property reaching over 100 million unique users in the U.S. per month, and streaming 3 million videos per day, it would be hard to argue the idea the people aren’t currently into YouTube.

But the site has a consistency problem, which it knows it needs to address. People come to YouTube all the time for all sorts of video clips, but they don’t come back again an again to watch series as much as professional/semiprofessional content creators would like. And they don’t funnel users as well as they could to other content. That’s the thinking behind YouTube’s channel strategy.

“Our approach is very different from when I first joined the company [in 2006],” YouTube sales chief Suzie Reider noted at an industry conference this week. “Back then, the thinking was “let the algorithm predict what people want to watch.”

Now, the site has over 20,000 content creators, and it’s spending $100 million on new content. The algorithm isn’t going to cut it.

“What will be new for us is promoting a channel guide, and a new look and feel,” said Reider. “We’ve never explicitly promoted content. We are now going to help users find things.”