Over a year in, more smoke than fire from Fusion 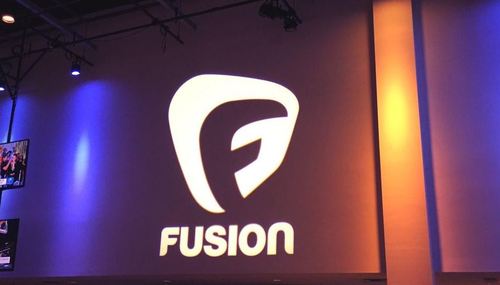 Fusion made more headlines last year for its big-name digital hires than the content it produced.

But the millennial-focused TV network remains no less ambitious heading into 2015. What started as a network for young, English-speaking Latinos has expanded to a much larger play for the attention of millennials as whole. And Fusion, whose digital staff has grown to 120 people across editorial, design and product, is now eyeing more ways it can both grow its audience and monetize it via a Fusion branded content studio.

But there’s a risk inherent in being Fusion. Young people today are getting their news anywhere but their television sets, which makes launching a new television network for the age group a potentially iffy endeavor. But Fusion doesn’t see it that way.

“Young people today are still watching TV — just not how we expect them to,” said Fusion chief digital officer Daniel Eilemberg. “They’re not passive viewers. They want to watch things when they want them on their tablets and phones. They don’t want to be tied a television screen that tells them what to watch.”

Eilemberg said Fusion’s approach is to make its digital operation a staging ground for what gets on the company’s TV network. “Cannabusiness,” a video series that follows the budding marijuana industry, for example, started its life on the Web before becoming a segment on “Fusion Live,” the network’s prime time news show. Fusion’s young digital reporters also make regular appearances on its television programming.

“You can get so much information by testing things on the digital side. You can really gauge the audience,” he said “Being able to do that in a cost-effective manner and having all that information to make the decisions on what we make the big bets on is incredibly effective.”

Television, of course, isn’t as dead as the digital evangelists have claimed. Even Vice, which has found successful formula with its digital culture and news coverage, has its own show on HBO and is angling for its own TV network. But TV is only one of the many platforms Fusion is tweaking its output for. It’s expanding its footprint on YouTube, for example, where it has published 677 videos so far, and on Instagram, where it has posted entire video series made exclusively for the platform. Fusion was also one of the initial launch partners for Snapchat’s new Discover feature.

Its reach on those platforms, however, is still limited. Compared to Vice News, for example, which has 5.4 million subscribers and gets 27 million monthly views on YouTube, Fusion’s subscribers and monthly views sit at just 8,298 and 766,800, respectively, according to Open Slate. Likewise, comScore says that traffic to Fusion.com is too small for it to measure.

“Yes, they haven’t had much of an impact yet, but their general approach and strategy makes sense to me,” said Magna Global EVP Todd Gordon. “They are serving a hard-to-reach target, but it’s still limited distribution, limited audience. It is very hard to launch a new network from scratch, so it is going to take some time to develop.”

Improving those numbers, however, requires more people. Fusion’s digital staff grew to 120 people in the last year. But some of the site’s editorial hires drew more attention than others. Reuters finance blogger Felix Salmon, joined in April, and was joined by Vice’s Tim Pool, The Daily Beast’s Jane Spencer, and Anna Holmes and Dodai Stewart — both from Gawker’s Jezebel. The Atlantic’s Alexis Madrigal, New York magazine’s Kevin Roose and Forbes’ Kashmir Hill are all also recent hires.

Fusion’s monetization efforts are also a work in progress. Right now, both Fusion’s digital and broadcast sales are handled by ABC, which offers Fusion alongside its broadcast sales. (The site was running network ads from the likes of AOL and Brand.net as of time of writing). Eilemberg said that one of the Fusion’s priorities this year is to launch its own-house branded content studio.

“It’s an important area of focus for us,” Eilemberg said. “We all realize that monetization on digital platforms is changing dramatically, so we’re interested in finding new ways of creating branded content and monetizing these platforms.”