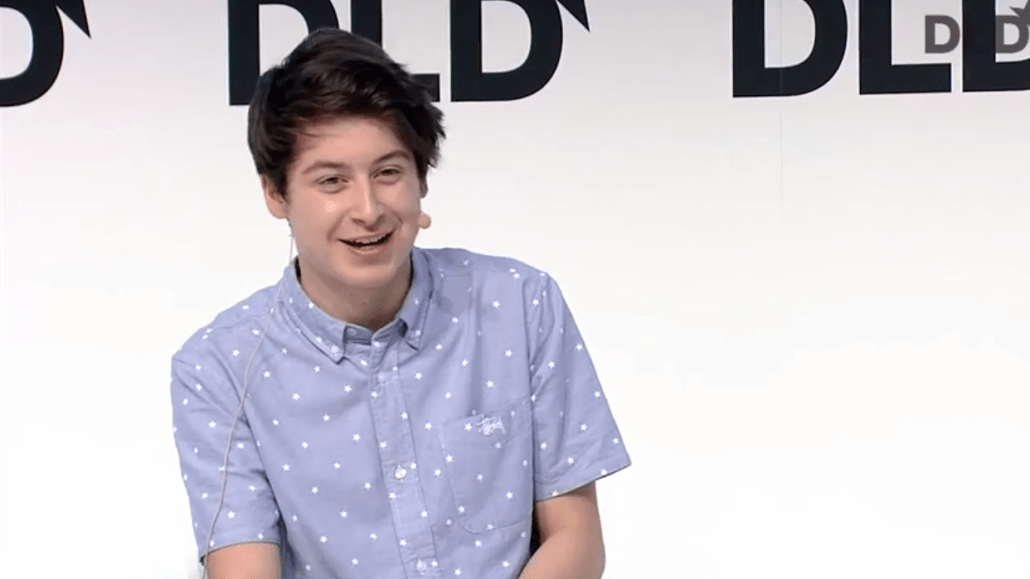 There aren’t many 17-year-olds who go from giving a major presentation at the Consumer Electronics Show to a math exam in London to a keynote interview at the DLD conference in Munich in the space of two weeks. That’s life for Nick D’Alosio, the whiz kid who built a news summarizing app Yahoo bought for $30 million.

D’Alosio was at the annual DLD conference for entrepreneurs and technology companies this week, fresh off introducing the Yahoo Daily Digest, a news summary app that’s updated twice a day with the top eight to 10 stories of the day. The app uses a combination of the content-summarization tool D’Alosio built with his startup Summly and human editors to deliver bite size content of the day’s top stories.

For D’Alosio the app is a chance to prove that news can work both in mobile and with his own Millennial generation. The reason young people don’t read newspapers, he posited in his talk in Munich this week, is that they’re “not practical.”

Rather than try to keep people around, like most publications, Yahoo News Digest measures itself on efficiency: It wants to get people informed as quickly as possible.

Yahoo News Digest is one of a handful of efforts to solve the news-in-a-mobile era problem. Circa is another app that’s tackling it, offering news as small nuggets made for short attention spans. Yahoo News Digest has some similar features that deviate from the traditional article structure, adding in what D’Alosio calls “atoms” of content — photos, tweets, maps and other features.

Even though Yahoo has already made him rich, D’Alosio still plans to go to college. Surprisingly, he wants to major in philosophy, in combination with computer science, as a route to becoming more well-rounded.

Here’s the full video from D’Alosio’s keynote interview in Munich: