Worth Reading: The Social Intent Era 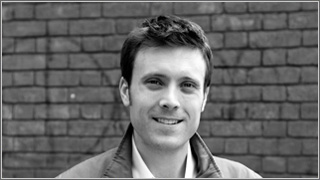 Facebook is expected today to unveil the next step in its ambitious open graph project. In a nutshell, Facebook is plowing ahead with finding new, interesting and, yes, potentially lucrative ways for all of that data people are contributing to be manipulated. The new release is thought to allow developers to build applications around new Facebook actions that tell the world what users are listening to, reading and so on. Expect more “frictionless sharing.” Taylor Davidson, who works at the investment arm of ad agency Kirshenbaum Bond Senecal + Partners, goes deeper on this move, writing on his blog that this is yet another step to mining social intent data in ways that are incredibly valuable.

The usage of “intent” is a powerful conceptual idea, and while it still appears to be more of a buzzword than something people really know how to leverage, we’re coming closer to seeing it have a real impact on marketing and advertising. The real applications of the web’s intent engines for marketing and advertising is still to come. Matching intent engines to advertising and ecommerce is a big opportunity, and I believe that’s one reason why we’ve seen millions flow into the ecommerce space. It’s never been possible to leverage intent in this way, at this scale, across so many different products and services, worldwide. And that’s why “intent” is something we’re going to hear a lot more about.