With cash from Jeffrey Katzenberg, The Young Turks looks to grow paid subscribers 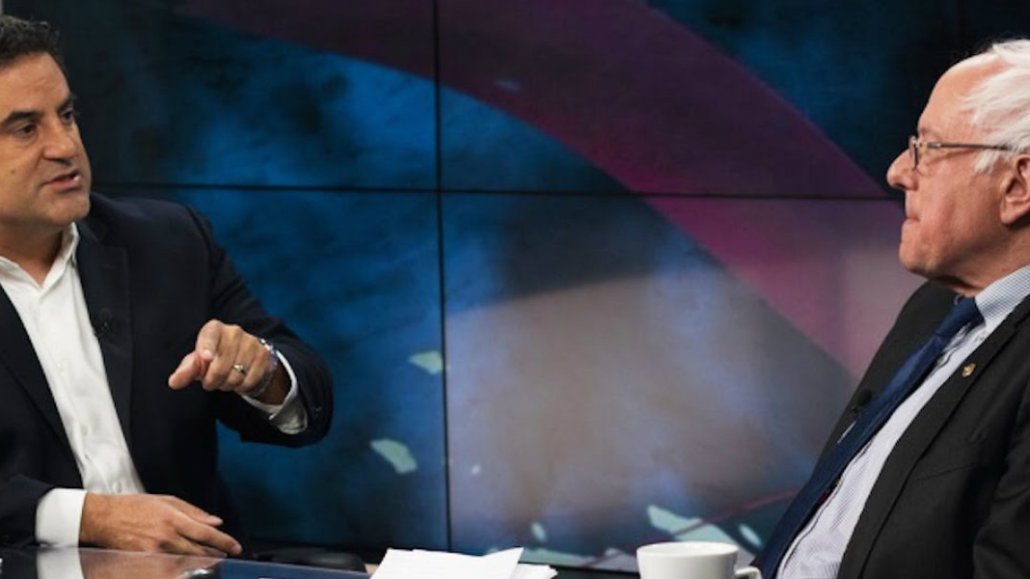 Online news video publisher The Young Turks Network is looking to foster more direct connections — and has the cash to make it happen.

Last week, former DreamWorks Animation CEO Jeffrey Katzenberg’s new mobile entertainment company WndrCo was part of a $20 million funding round in TYT Network, which oversees 30 news and commentary shows covering politics, pop culture, sports and more. This includes the flagship “The Young Turks” program that streams live on YouTube every day. Other investors in the round included venture capital firms Greycroft Partners, E.ventures and 3L Capital, which led the round. This brings total funding for Young Turks to $24 million.

One of the first online video producers to embrace YouTube, TYT Network now gets 200 million views per month on the platform, making it one of the highest among news publishers on YouTube. With the funding, the company is hoping to convert more of those viewers into paid subscribers.

“In the short term and midterm, what we want to do with the money is build out the rest of our team,” said Cenk Uygur, founder and CEO of TYT Network. “We have this great subscription business, and it perfectly aligns with our interest and our audience’s interest, but we barely have a tech team, a data team, a product team to be able to power that and get it in front of more people.”

TYT Network employs 70 full-time staffers, with 30 more employees on contract. Uygur’s hope is to double the size of the company as it builds out its subscription business and pursues other growth areas.

TYT Network has 30,000 subscribers who pay $10 per month to access ad-free shows and up to six hours of exclusive programming per week. This includes “The Young Turks,” which users can download or stream directly from the company’s website, as well as shows such as “Aggressive Progressives” and “Old School.” TYT Network also offers members some high-profile content in advance, such as a recent interview with Senator Joe Manchin, which paid members could watch live a full 24 hours before it aired on YouTube and other platforms.

While most subscribers pay $10 per month for the exclusive content, some pay as high as $100 per month, which gets them quarterly calls with management and executive producer credit on shows.

Uygur sees growth coming on the paid-subscription side by creating a Young Turks app, which the company will be able to do by hiring product and tech teams.

“We have not spent any marketing dollars on [the paid subscription product] — all of the growth has been purely organic,” Uygur said. “If we can now do all of the things that are obvious — build an app, do A/B testing on what works and doesn’t and then put some marketing dollars behind it — we can grow more.”

Another area of growth for TYT Network is in skinny online TV bundles, Uygur added. “Our audience is literally 30 years younger than CNN’s audience. Our No. 1 target by a landslide is skinny bundles: There isn’t a skinny bundle we’re not talking to.”

That said, TYT Network will also make investments in creating new programming for YouTube and Facebook, where a majority of its views happen.

“If you have $200 million to throw, you can do a 30-person Snapchat team without thinking twice,” Uygur said. “We’ve created minor miracles with the teams that we have. Our Facebook team is three people, and it’s kicking ass. Now, imagine what we can do with four or eight people on our Facebook team.”