Wimbledon to localize its bid to become a digital media brand 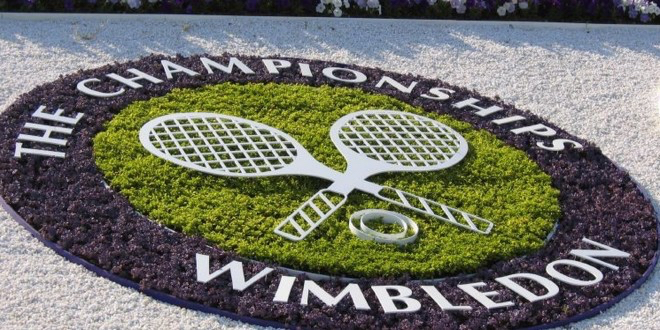 The marketers behind the Wimbledon tennis tournament will develop more local content for next year’s event as they look to shore up how it will compete with the World Cup for viewers.

It’s a problem the organizers face every four years. In 2014, Wimbledon pushed the same content from its U.K.-based team to as many people as possible, but next year’s efforts will be more localized. The idea was tested at this year’s event, with content producers sitting within the U.K. team but focusing specifically on engaging its markets in Spain, China and India. Those areas are where Wimbledon the brand isn’t necessarily understood as much as organizers would like, particularly in China, where an estimated 280 million people watched the event last year, according to Chinese state media.

Those content producers created between 15 and 20 posts daily, a move that increased reach to Wimbledon’s Spanish-speaking audiences, said Alexandra Willis, head of communications, content and digital at the All England Lawn Tennis Club (AELT). She hadn’t yet received the various campaign reports after the final, so she couldn’t provide further details on how the localized posts performed. However, when asked how her team would evolve in the run-up to the next tournament, Willis highlighted the growing importance of “specialized content” for different markets: “Five years ago, the team was made up of writers and journalists, and now it’s multimedia content producers who understand social but can also write copy. The other way I think the team will change is more territory teams for specialized content.”

Like they did for this year’s coverage, the territory teams would work across most major social networks for 2018’s tournament, including Twitter, Facebook, Google+, YouTube, Instagram, Snapchat, Pinterest, Vine, Weibo and WeChat. However, the aim in 2018 is to localize posts on those platforms for more markets. Posts are built around three pillars: preplanned posts that are not necessarily tied to a key event in the tournament, planned posts for milestone moments in the tournament’s calendar and reactive content to something like Spanish star Rafael Nadal bumping his head as he walked through a corridor, which happened during the second week of this year’s event.

Willis’ team has also used social media to grow the Wimbledon brand in India, which is now the No. 1 audience on Facebook and in the top five on Twitter. She told SportsBusiness International last year that the country became one of its 10 biggest for social media engagement in 2015 and a year later ranked among the top 10 for visits to its website and app. The popularity came off the back of promotion of the tournament’s “Road to Wimbledon” series, which included content specifically tailored to the region around the same time two Indian players scooped top honors at the tournament in 2015.

While Wimbledon has built itself a formidable social media presence, Willis is wary of how it will perform next year when the likes of Facebook and Twitter will court the big budgets of her counterparts at FIFA. In 2014, 10 million people tuned in to watch the Wimbledon final on the BBC, noticeably fewer than the 12 million who watched its World Cup final broadcast that same year.

“We’re already preparing for next year,” Willis said. “That means making sure we have the right team and collaborations in place, like the ones we did with the NBA and those influencers that we had on-site. Additionally, we need to make sure that we’re on the agendas of the [social media] platforms, given it’s the World Cup next year. Those conversations start now.”

Having access to all the feeds from all courts next year could help make content from the event more appealing, given the growing appetite the likes of Facebook and Snapchat have shown for sports content. The AELT will replace the BBC as the tournament’s lead broadcaster, which will give AELT marketers access to more content from the courts, particularly for its own channel.

Beyond social media, Wimbledon’s marketers are also examining how a Facebook Messenger chatbot might aid spectators following a test that allowed people to ask questions about the players during the final between Roger Federer and Marin Čilić. IBM’s Watson, one of the commercial partners for the AELT, powers the bot. The AELT also used Watson to automatically create video highlight reels that could be sent to audiences directly or passed on to content partners within 30 minutes.