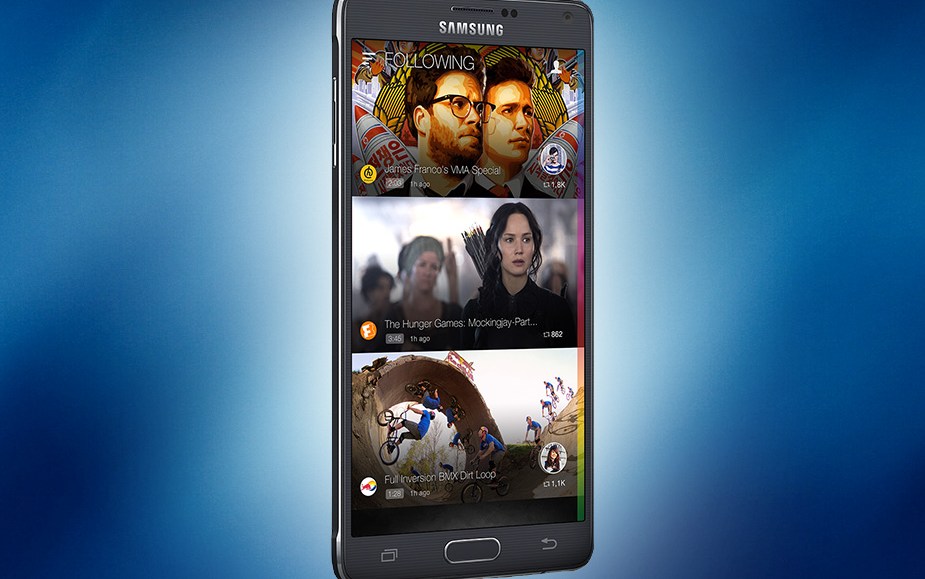 Samsung expanded its media presence this week with the launch of Milk Video, a free video-streaming app for Galaxy smartphone owners. A complement to Milk Music, Samsung’s music-streaming app, Milk Video aggregates short Web videos from a variety of publishers and categorizes them by genre and user preference, all without serving any ads.

For the launch, the South Korean tech giant partnered with a bevy of video content creators, including CollegeHumor, BuzzFeed, Vevo, Maker Studios, AwesomenessTV, Refinery29 and GQ. A few brands, including Funny or Die, Vice and Red Bull Studios, will create exclusive videos for Milk Video. The app will also pull content from YouTube, chosen by Samsung’s team of video curators. Several tech publications framed the app as a YouTube competitor.

Digiday asked a handful of video experts for their reactions to Samsung’s Milk Video app. A few key takeaways: Discovery remains an unsolved problem, and Milk is a far cry from a YouTube slayer. Their responses are below:

Paul Verna, senior analyst at eMarketer
Milk Video seems like a fun app for Samsung [Galaxy] device users who feel they need an aggregation tool for short clips. It’s irrelevant to other Samsung device users, not to mention non-Samsung Android users and iOS users. Even with exclusive content from Funny or Die, Vice or others, Milk Video will not compete with YouTube, which reaches over a billion people a month on every conceivable platform — desktop, laptop, tablet, smartphone, connected TV, etc. Like its music counterpart, Milk Video is essentially a utility that gives value to existing customers but will not likely broaden Samsung’s base.

Jan Dawson, chief analyst at Jackdaw Research
This is part of Samsung’s effort to differentiate its devices from all the other Android devices out there. I’m not convinced it’s really going to make any difference, since it’s pretty undifferentiated and almost all the content can be found on other platforms and in other apps. Bear in mind, too, that other video options like YouTube come pre-installed on most of these Samsung devices, so it’s not like there’s a high barrier to video consumption on these phones anyway. It doesn’t seem as much about taking on YouTube as such — I’m skeptical anyone can do that and win at this point, least of all Samsung. But it’s about providing an alternative destination that’s controlled by Samsung rather than Google, and part of Samsung’s broader push to create loyalty to the Samsung ecosystem rather than the Google ecosystem.

Cenk Uygur, founder and CEO of The Young Turks Network
Driving viewers to a new platform is always challenging. But I love it every time someone tries because you’re never going to work until you bring it to the ultimate judges: the audience. I’m looking forward to the Milk Video app because every new platform is another way to reach a new audience. And why shouldn’t Samsung take advantage of the fact that it has this huge user base it can use as a built-in audience? If it works, it brings in more customers and serves its current customers better. Everybody wins.

Greg Isenberg, CEO of video discovery startup 5by
The mobile video space is still the Wild West, so it’s exciting that more players are entering the space in unique ways. With Samsung investing in both music and video discovery, it validates that discovery is still an unsolved problem. I also think there will be more companies doing direct deals for exclusive content, which is something 5by is already approaching. Overall, it’ll be interesting to see where Samsung takes Milk Video and what other platforms emerge to ride the mobile video wave.

Paul Kontonis, executive director of the Global Online Video Association
Discovery is a huge problem for the content industry, but aggregation without a clear editorial slant is destined for failure. It becomes very unclear why someone would use it instead of simply focusing on the video content being promoted through their social network. Exclusive content is always good, but its impact is very dependent on the perceived value of the content. I don’t think this is competitive to YouTube in any way.