Why VivaKi’s Curt Hecht is Going to Weather 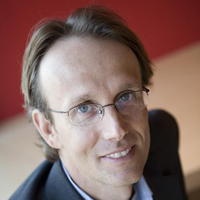 Curt Hecht is practically an agency lifer. He’s spent 24 years at Publicis Groupe in a variety of roles culminating in a position he’s held for the past two in Paris leading the 300-person VivaKi Nerve Center, which is central to the holding group’s digital strategy. Now Hecht is moving on, taking the role of global chief revenue officer at The Weather Channel, where he’ll be reunited with his ex-boss at Publicis, David Kenny, who was named Weather’s CEO in January.

Hecht spoke to Digiday about his decision to leave the agency world after more than two decades and the opportunities he sees at Weather from a data, mobile and local perspective.

Is this a good time to leave the Nerve Center?
It’s scaled internally and growing. I’d never leave if it wasn’t in the best possible place that it could be. The entire team is fantastic. Everyone has been with the Nerve Center since its inception. It’s a good thing for a lot of talent to grow. They’re getting a good dynamic business to run. At a certain point, you move onto the next thing.

You’ve been at Publcis a long time.
It’s been a great long run. I feel like I accomplished a lot from working on client business to building the Nerve Center from scratch. Part of [the move] was moving back from Europe and reflecting on what’s next. With David going to Weather and thinking why he did it and focusing on the company, it happened organically and quickly. It was one of those things where it wasn’t me saying I’d leave Publicis. It happened to be a point in time when things lined up to come to the States and the Weather opportunity being there. Weather’s a data and sceince-driven company. I probably go to Weather 20 times a day to see when I can have a window for a ride. They’re big from a mobile perspective. I’ve got to believe Weather is as big or bigger than an Instagram. They can do a lot locally.

Will it be tough to switch to the sell side?
Largely, my old team was built to service the agency teams. We learned how to build an organization that could support the brand agencies and sell through to the marketers. Largely, I’ve been running a sales organization. The standards were high for us because we were internal. There’s not a big switch where this is entirely new to me.

It’s rough on publishers nowadays. What did you see here that Weather has big potential?
These guys are multiscreen. They’ve got cable. They were early to Web. They have a leadership position in the mobile Web. I don’t know what they can do with social, although everyone talks about the weather. It’s not clear yet. When thinking SoLoMo, they have a lot. The local aspect has huge potential. The mobile side has huge potential. Having lived in France for two years, I know the international opportunities. When you look at all that and think the potential around data, how many companies have that type of general interest combined with the local side of it?

How much of your decision was based on working with David Kenny again?
David’s great. I think the world of him. But I wouldn’t leave a company just for David. He’s one of the key components in the consideration and decision. Having worked together, we speak the same language. When there’s an idea, we can connect on it and move things forward. We’ve been successful in the past. That would be a good indication that we can be successful again.