Why The Weather Company Branded a Storm 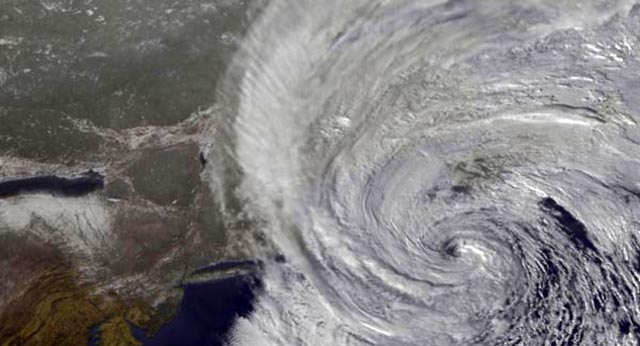 Now even blizzards have names. The Weather Company took the bold step of naming the weekend’s blizzard in the Northeast “Nemo,” hoping the brand would stick in mainstream coverage as well as across social media.

Governors Chris Christie and Andrew Cuomo mentioned Nemo, as did New York City Mayor Michael Bloomberg. Many publications adapted the term. Celebrities like Ellen DeGeneres and Jimmy Fallon tweeted about it. Many debated why the storm was named after a cartoon fish. (They clearly weren’t paying attention in high school when Jules Verne was taught.) This is all despite the fact that TWC has no real standing to name storms. An international committee of The World Meteorological Organization sets the names for Atlantic and central and eastern Pacific storms, using six lists in rotation. Private companies do not play a role in naming storms. Until now.

“We’d have loved the government to do it, but the government moves at government speed, and Twitter moves at Twitter speed,” said Bryan Norcross, senior executive director of weather content and presentation for The Weather Channel. “As a private company, we have to keep up with the world. The fact is private industry does things differently than government does.”

After a freak snowstorm in October 2011, TWC’s social team dubbed it “#snowtober” and saw the hashtag take on a life of its own across social channels. This set the wheels in motion for TWC to create its own storm names, names, Norcross said, that would be short enough to have their own hashtag, as well as have some kind of backstory.

“I’ve been around TV a long time, so I know people enjoy backstories,” Norcross said. “Each of the names had some kind of backstory so people could relate to it.”

The bet was the hashtag-friendly Nemo would spread far and wide in social media, which Hurricane Sandy proved is fertile ground for extreme weather chatter. According to social analytics company Crimson Hexagon, Nemo by itself had 820,000 mentions and of those mentions, only 19,000 used “Nemo” in conjunction with “The Weather Channel.” By comparison, Crimson Hexagon found that Hurricane Sandy was much more talked about on social media, seeing a four-day volume around the storm of about 12.6 million posts. Radian6, another social analytics company, wrote in a blog post that Nemo-related terms on social had about 2.3 million mentions. According to a Twitter spokesperson, based on a handful of core terms like #Nemo, Nemo, snow, blizzard and storm, there have been over 7 million Tweets in the past week.

“My interpretation: the vast majority of people are using Nemo as the name of the blizzard but might not realize it came from The Weather Channel,” said Elizabeth Breese, senior content and digital marketing strategist at Crimson Hexagon.

Weather.com saw a surge of traffic, as it does during all storms. Across its digital properties, TWC saw almost 1 billion pageviews and 213 million visits between Feb. 6 and Feb. 10.

“It was a success,” Norcross said. “We got websites, newspapers and magazines talking about it.”

It can only hope to repeat the trick for the next storm. Prepare for #plato.