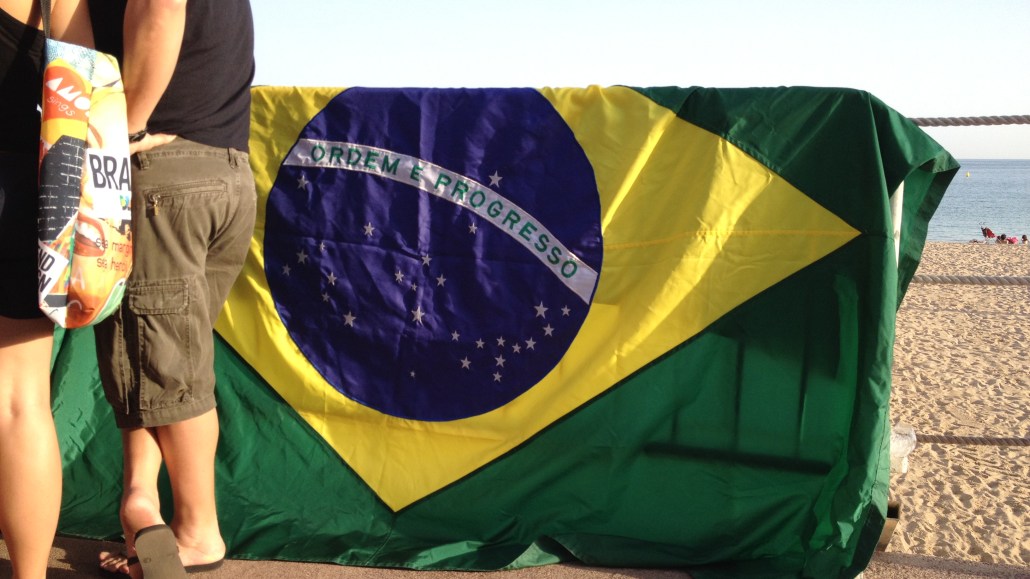 Cannes Lions attracts thousands of delegates from all over the planet, but Brazil has a love affair with the festival — and advertising in general — like no other country. For Americans and Western Europeans, Cannes offers a week in the sun and a possible career boost, but for Brazilians, it’s more than that: It’s a matter of national pride.

In the U.S, advertising is often seen as a necessary evil. Even within the ad industry, there’s a tendency to complain. The copywriter who really wants to be a novelist and the creative director who wants to direct films are more than just stereotypes. But in Brazil, advertising is a passion, and those in the industry can become famous.

“Advertising is a big deal to Brazilians. There’s a love for advertising there, and some people in this business are seen as rock stars,” said PJ Pereira, native Brazilian and founder and creative director at Pereira & O’Dell. “In Brazil, an advertising celebrity is a celebrity. Big agencies in Brazil are like big Silicon Valley firms in the U.S. Think Mark Zuckerberg.”

That’s helped make Brazil a hotbed for talent. U.S. digital agencies have set up shop in Brazil for its deep talent pool in design. It also doesn’t hurt that Brazil is one of the fastest growing economies in the world and poised to become a major world market.

One of the biggest differences of advertising in Brazil versus the U.S. is the culture around the industry. According to Patricia Marinho, head of client services and consumer engagement at Sao Paolo-based Giovanni+Draftfcb, there’s a romance associated with advertising in Brazil that’s more prevalent than in other markets. “There’s a Madmen-like perception,” she said.

That respect for advertising helps explain why Brazil takes the Lions awards themselves so seriously. A little over 34,300 entries were submitted for review this year, and over 3,400 — or 10 percent — came from Brazil, despite entrants from a total of 87 individual countries.

That over-indexing is largely because of the importance the Brazilian market places on the Lions awards. It’s the yardstick by which agencies there are judged. Whichever Brazilian agency wins the most awards this year will be widely viewed as the “most creative” the country has to offer. Agencies in the U.S. and Europe place emphasis on the awards, of course, but not to the same extent.

“In the U.S., Cannes is seen as a way to highlight the best work. In Brazil, it’s the way to see who are the best agencies,” Pereira explained. “The difference is in the way the markets use the results. Countries such as Brazil, Spain and, I think, Singapore use it as a reference point for who is the best agency. If it was the number of bald people in the agency, they would probably all shave their heads.”

To that extent Brazilian agencies are concerned mostly with the competition between each other, as opposed to representing the country or a sense of national pride. It’s about agencies going home with a year’s worth of bragging rights, rather than pitting themselves against foreign competitors.

The result is a strong Brazilian presence on the ground every year at Cannes that appears to be growing. Agency network Groupo ABC booked out Cannes’ Five Hotel in its entirety, for example, completely rebranding it as “Hotel ABC” for the week and housing more than 70 delegates there. It is also bringing Bill Clinton to Cannes for a talk.

Though Pereira downplayed the national pride piece, there’s little doubt that Brazilians are extremely proud of their creative reputation, and use Cannes — in one way or another — to help express that. “It’s a country with great creative vision across the board, even down to things like soccer. There’s just a bigger inclination for creativity in general,” Pereira said.