When Your Storm Photo Goes Viral 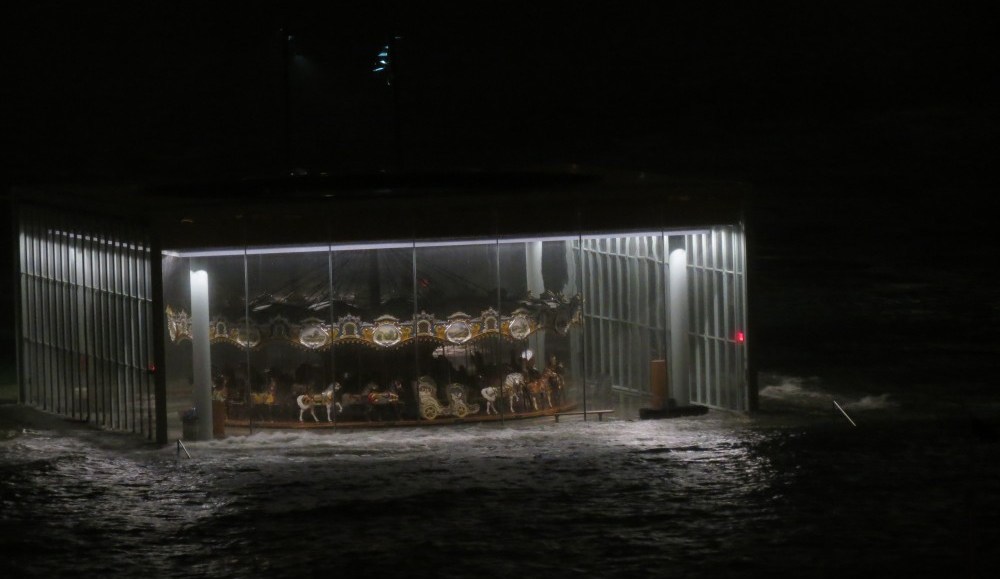 Lots of people want to know the secret to viral content. There are all sorts of theories about it, most of which are complete bunk. One thing that seems clear is, content that gets spread far and wide must be unique and timed right.

This hit very close to home during Hurricane Sandy on Monday evening when a photo I took went across the world in the space of hours, hopping seamlessly from Instagram to Twitter to mainstream news outlets to Web publications. The photo, taken from my apartment building in the Dumbo neighborhood of Brooklyn, shows the ornate, illuminated Jane’s Carousel standing seemingly as an island as waters threaten to envelop it. 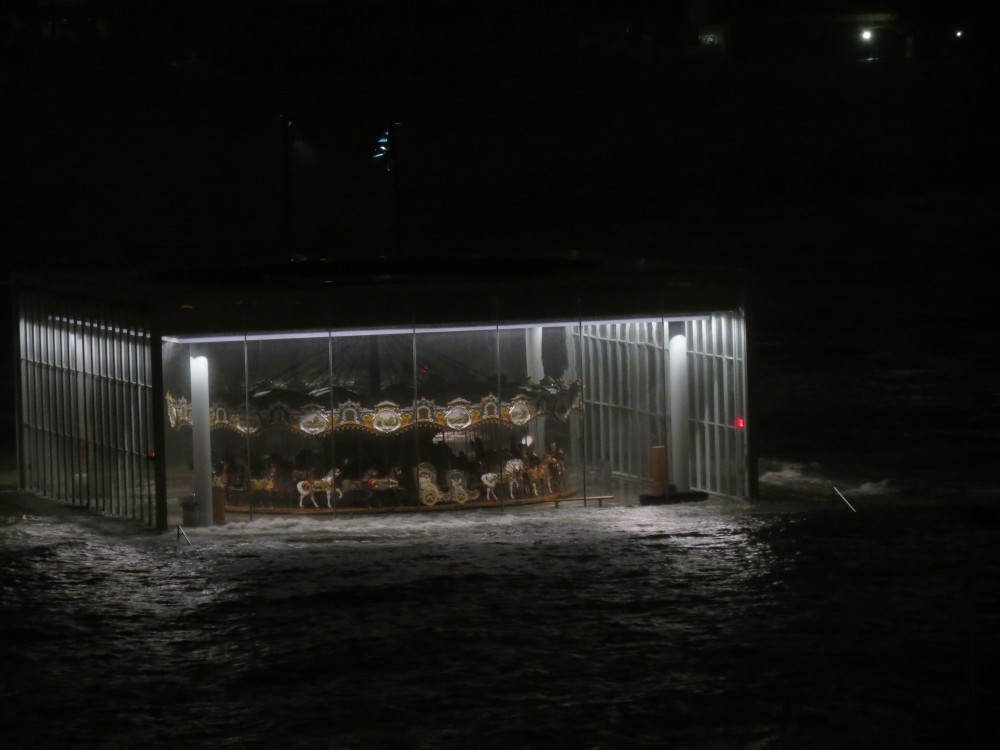 I took the photo at 8:30, near the height of the storm. Soon after, my girlfriend posted a copy of it to Instagram and sent out a link on Twitter. Almost immediately, the photo got spread all around. We were forced to evacuate our building shortly after posting, reaching safety at a nearby family member’s apartment a half hour later to find requests from news outlets worldwide to run the photo. It was apparently a top trend on Twitter. By the next morning, it was on CNN and published by the UK’s largest newspaper. All told, it was shared nearly 20,000 times, appeared on The Huffington Post, HLN, The New Yorker, The Atlantic, among others. Some have called it an “iconic” image from the storm.

What struck me about this is, of course, the speed of it all. It used to be that a piece of “viral” content existed in social media before making it to “mainstream media.” It’s clear to me those distinctions are erased. Content moved seamlessly across networks. It’s also clear that there are no influencers. There’s not one entity or person who gave this a boost. It got several boosts along the way, such as when BuzzFeed linked to it.

The question I was left with was why this photo. I’d taken many others. Some wrote it was “evocative” and captured a beautiful yet eerie scene. Some even say the tableau is a metaphor for “man v nature. Bloomberg’s gilded New York. The compulsion to instagram during a hurricane. You name it.” The photo was also real, amid a morass of fake images peddled in the storm frenzy.

My hunch is rather simpler. It’s a unique shot. There are a few others of Jane’s Carousel that night, but Brooklyn Bridge Park was closed off. We happened to have an apartment with a good view of the carousel. And then there’s timing. The picture was shared at the height of storm anxiety — not something I thought of at the time — and captured that moment.

Another interesting aspect is how scrambled the notion of authorship is in the social era. I took the photo; my girlfriend shared it. Where does the credit lie? It’s not that simple. While it was something I created, she immediately recognized it was unique. For me, it was just the best of 40 photos I’d taken of the carousel over a couple hours. When asked for credits from CNN, we opted for joint credit. Without the initial share, the photo would have remained an interesting personal artifact.

The best part of the story is that it ends well. Jane’s Carousel, which took 27 years for Jane Walentas to restore, stood strong, suffering only electrical damage to the basement. The horses were unharmed.