What Cenk Uygur’s Success Says About the Future of Media 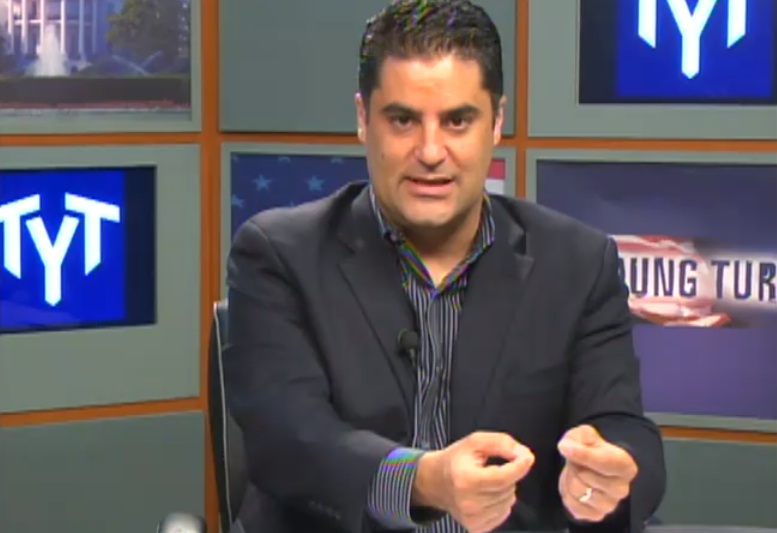 Cenk Uygur is an unlikely media star who’s proving that you don’t need to be on a major network to have a huge audience. All you need is YouTube.

Uygur is host and creator of “The Young Turks,” a political show on YouTube and carried by Current TV. The 42-year-old has built up a large and loyal fanbase in the last seven years. He does a daily live stream — “TYT” has 413,00 subscribers who have watched its videos a whopping 850 million times — and since December 2011, “TYT” has had a nightly one-hour show on Current TV. But Uygur, whose show is focused on politics, hasn’t stopped there. In the last two years, “TYT” has added eight other shows to its fledgling network, ranging from a film review show to a sports show and a college-focused show.

The Young Turks Network is a modern video network, all owned and operated by Uygur and team, and it runs through YouTube. “TYT” has worked with different sales teams in the past — Uygur mentioned working with Revision3 and now uses YouTube to sell ads for the channel. The standard pre-rolls and side boxes on the “TYT” YouTube site include brands such as Virgin America, Samsung, T-Mobile, State Farm, Wall Street Journal, Sun Trust, Kaiser Permanente.

“We have good success because we have good revenue,” Uygur said. “At the same time, it’s frustrating to be in online media where we get more views than a regular cable station or show might get, and it’s hard for advertisers to wrap their minds around it.”

Advertisers have been slow to put big money behind online video, numbers be damned, because the economics are different: On television, buyers pay on scarcity; on the Web, scarcity doesn’t exist. But Uygur sees a transformation happening in the next year or so.

According to ComScore, “The Young Turks” YouTube channel gets 3.2 million unique visitors per month. Uygur told me he gets about 1.3 million views per day (or roughly 40 million per month), which is in the same ballpark as Rachel Maddow (Maddow got 1.6 million viewers on Oct. 29). While these are impressive numbers, Uygur wouldn’t trade the online world for the lights and glamor of cable TV (he did have a show on MSNBC but left after not getting the independence he wanted). The problem, he said, that traditional media has with online media is that “they don’t get you can’t just put plastic robot anchors on and expect people to take it seriously. The younger audience doesn’t buy it. That’s our advantage; we’re honest with the audience, and they can tell we’re real.”

Uygur believes traditional media trades viewpoint for access. One of the significant advantages of being a Web-native brand is that, according Uygur, he doesn’t have to “skew things to get access.” And this is why digital media stars like Uygur are not only starting to come into their own but are also eschewing traditional paths to media stardom (and becoming key influencers).

“Under no circumstances would I give up the online show, because it’s much bigger and something we own,” Uygur said. “We grow every day, and, generally speaking, TV grows smaller. In the past, there’s hesitancy from establishment media to work with online media. But give credit to MSNBC for breaking through that a little bit and putting us on, and [give] Current tremendous credit for putting us on and putting a brand to it. There’s only so much logic that can be ignored for so long.”

There’s some logic in old media not wanting to change their ways. They built this very profitable machine, one with 30-second ads across 16 minutes per hour, and are very reluctant to change. But now that individuals, like Uygur, are creating revenue in new ways in new media, traditional media companies try to replicate the model.

“At some point, the tide will turn and everyone will be new,” Uygur said. “We’ve been approached by The Wall Street Journal and TMZ to work with us because they see our videos get tremendous views, so they want to partner up in that direction. We’re the only place where you can guarantee a tremendous amount of views for any video you put up.”

Naturally, Uygur is excited about the growth of the network and sees blue skies ahead.

“As anyone who’s been in online media [knows], there’s been frustrating days — whether with CPMs  or breaking through to advertisers and audiences — but I believe that great days are ahead of us. Advertisers and old media, in a year, will turn around and think, ‘We have to rush into online media.’”