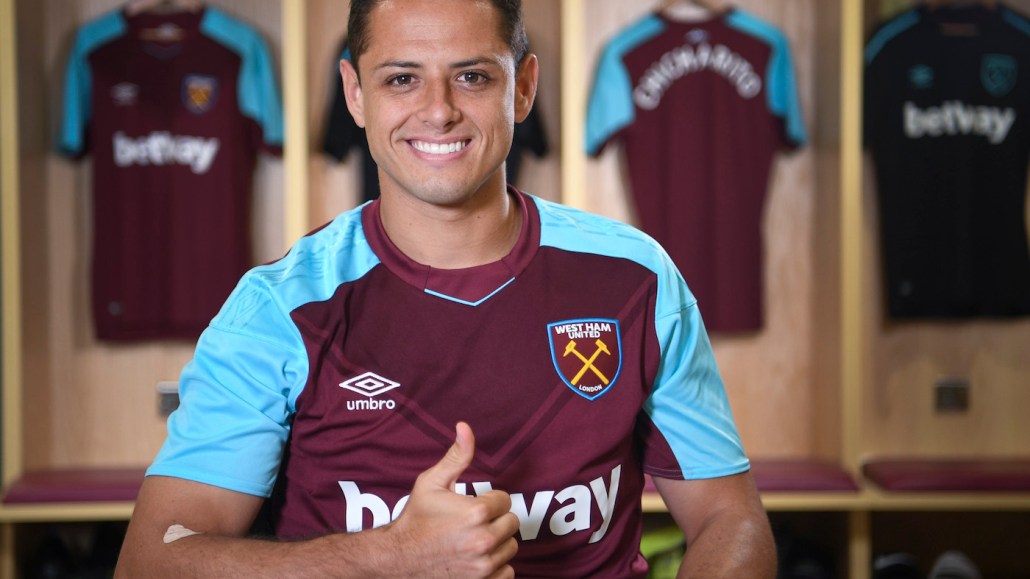 Clubs outside of soccer’s elite have traditionally shied away from creating content for foreign audiences. But for West Ham FC, the arrival of Mexican Javier Hernández in the summer was a chance to specifically target the popular player’s Spanish-speaking fans who had followed him from his previous team.

The London-based team estimates it has gained around 270,000 new Spanish-speaking fans across its social channels since Hernández joined the club on July 24. Its Facebook page has benefited the most, attracting 225,000 followers from Mexico in that period, up 11.5 percent. Its Twitter accounts saw a 15 percent increase in followers, due in part to the separate Spanish-language account the club launched after Hernández joined. The club’s Instagram audience rose 15.8 percent.

West Ham doesn’t just translate English-language posts into Spanish. Madrid-based del Palacio works with the club’s 12-person content team in London on ideas that will appeal to Hernández’s fans, who tend to be more passionate than its core English fans, Singh said. Each post has a distinct tone, which veers from playful — like a recent Spanish translation of West Ham’s “I’m Forever Blowing Bubbles” anthem — to lighthearted, like an exclusive video charting the club’s trophy haul.

With the content for Spanish-speaking fans, the team hopes to build awareness for the team. With awareness comes reach, and with reach comes the ability to attract big-spending brands wanting to target new audiences.

Unlike larger clubs like Bayern Munich, which targeted a Latin America following the signing this past summer of Colombian James Rodríguez, West Ham can’t bank on the global reach of the UEFA Champions League or the status that comes with being part of the sport’s elite to attract fans. Instead, West Ham has to react to opportunities as they arise.

Despite Hernández’s impact on West Ham’s Spanish-speaking audience, he won’t be the team’s sole focus. The club has a mix of up-and-coming Spanish-speaking stars such as Argentine Manuel Lanzini and Spaniard Pedro Mba Obiang, whom it hopes to involve more in its Spanish-language content strategy throughout the season.