‘We’re careful about what we propose’: Even strapped for ad revenue, publishers are wary about taking retailer ad campaigns 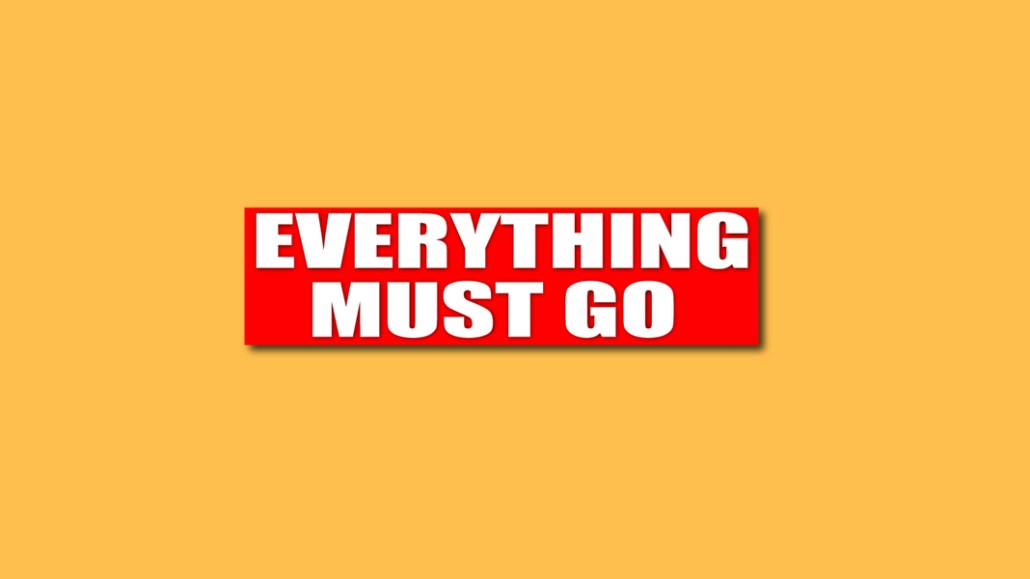 As parts of the U.S. economy begin to open up, there’s new hope that the key retail sector will start to get going — and start spending on advertising.

But some publishers remain wary of doing big deals with retailers, based on the possibility that many will falter. This year alone, eight different retailers have already filed for bankruptcy in 2020, including J. Crew, Neiman Marcus, Pier 1 and Modell’s Sporting Goods, and many others, including Macy’s and Gap, look rickety.

An ad sales leader at one major publisher said its team is examining the bond ratings of retailers to determine whether to take on the risk that ad campaigns will end up not getting paid. If a retailer doesn’t meet internal requirements, the sales team can’t do a deal, that source said. This publisher is avoiding upfront production costs since a company slipping into bankruptcy protection would be unlikely to make good on the money owed, and focusing on shorter-term deals that can be executed – and paid for – as soon as possible.

A CRO at a second publisher, which had once put up with spending hundreds of thousands of dollars up front on branded content productions, now demands that those costs be paid for up front. On smaller, media-focused deals, that same publisher is now asking retailers to shorten their payment terms.

The CRO of a third publisher, which requires all partners undergo a credit check before working together, is trying to cut down on the costs of campaigns by repurposing content used for retail clients’ campaigns.

Few publishers are in a position to throw their weight around with clients, and many say their positions are negotiable; conditions have not deteriorated to the point where anybody has turned down business from potential advertisers.

Some publishers are holding out hope that things might change for their clients; the third CRO mentioned in this story said that, if Amazon resumes its spending, that could be enough for them to make up for declines at places such as J.C. Penney and Macy’s. But some sources say they have begun to figure out how they might cope without that revenue if more retailers file for bankruptcy or are forced to cut back on spending.

“On the one hand, we’re preparing for a world where retail comes roaring back and we’re able to capitalize on it,” that CRO said. “On the other hand, we’re hedging.”

That source said their sales team is looking to make up for the loss of retail revenue by working more with advertisers that have resumed their spending, concentrating on brands in the consumer product goods category, for example.

While most businesses have been affected by the social distancing guidelines implemented across the country, retail has been among the hardest-hit categories.

“Everybody is challenged, across the board,” said the second CRO, whose employer counts retail as its top advertising category. “We’re really careful about what we’re proposing for second half [of 2020]. We want to make sure we can get them to pre-pay for some, or all of the pre-production.”

One bright spot some publishers have seen is that those pre-production costs are dropping. Because social distancing prevents publishers from executing elaborate productions, the price tag of those services has now dropped; a photo shoot that might have cost $40,000 to produce now costs about $5,000, that source said.

To further minimize risk, the first source said they have sought to steer advertisers toward campaigns that were more focused on media rather than campaigns that would require significant production investments.

That source said that, after the financial crisis of 2008, the publisher has a policy of evaluating potential advertisers’ credit ratings.

“You have to look at everything through the lens of possible bankruptcy,” that source said. “Some of these places can’t pay their rent, they can’t pay their employees. We’re the last thing that’s going to get paid [if a retailer goes bust].”

Not every publisher has changed how they work with retailers. A source at a fourth publisher, which works with JC Penney, said that there have been no changes to the deal terms they use, though there is some worry internally because of JC Penney’s looming bankruptcy; JC Penney is reportedly seeking a $450 million loan from creditors that would allow the company to keep operating amid bankruptcy proceedings.

These changes are set against a backdrop of advertiser payment terms starting to lengthen and late payments have become more common. In response, publishers that have the ability to flex their muscles are doing so, in some cases refusing to begin running ads until an advertiser pays up.

To some extent, publishers that have diversified into areas including creative work, agency services or experiential activation are already somewhat insulated against this.  Yet at the end of the day, most publishers will bend a bit to get a deal closed.

“We have to approach it like we’re in it together,” the second source said. “We want to remain good partners, and we want to be the ones who get the business.”