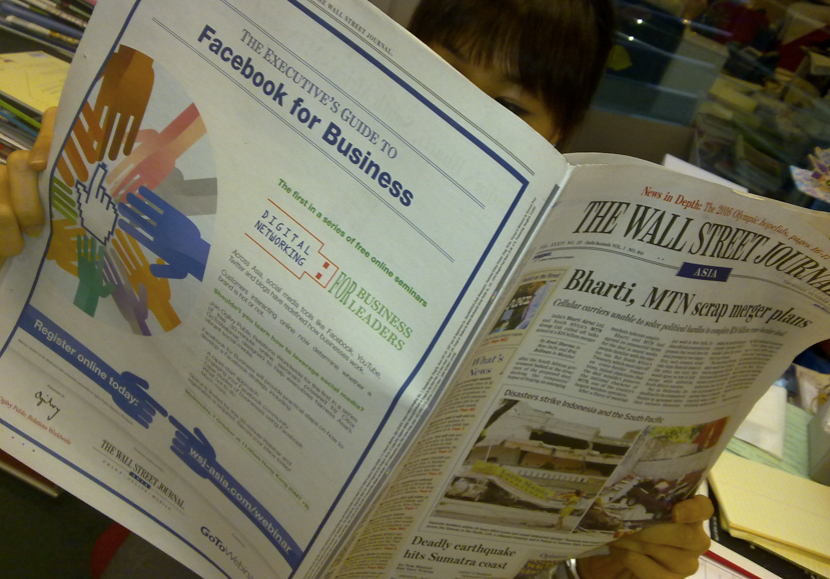 It would perhaps be an understatement to say that The Wall Street Journal is better known for its print reporting than its digital video operations. But at the NewFronts this week, the 124-year-old newspaper is once again working to change that perception, pitching buyers on the notion that it can create quality video content for multiple platforms that people actually want to watch.

Convincing buyers to get involved might not be easy. Next to digital giants like AOL and Yahoo, the video offerings of publishers like the WSJ and The New York Times, at first glance, still feel hopelessly inconsequential. How can a newspaper that produces 100 hours videos a month hope to keep up YouTube, which uploads as much video in a minute? The answer: By not competing at all.

While big online players like Yahoo and YouTube are banking on the scale and absolute reach of their platforms, The Wall Street Journal is pitching itself on the dedication and makeup of its readership. And that readership looks exactly how you’d expect. Journal readers are largely male, over 40, and make more than $100,000 year and comprise a highly desirable demographic.

“Good luck to AOL and Yahoo — they do a wonderful job,” said Trevor Fellows, the Journal’s global head of media sales. “But they’re pursuing a different model than we are.”

The Wall Street Journal’s video programming has itself come into its own in the past few years. Its video content includes short, straightforward CNN-like news reports, longer segments, and even sponsored video content, much of which the Journal is actively helping brands create, like this “documentary advertising feature” created for Millennium Systems International.

And the viewership is there as well: Overall, the Journal’s video content, accessible on desktop, mobile and TV consoles like Roku and AppleTV, is streamed 30 million times a month, according to the Journal.

“So much video online is shot purely to generate views as opposed to telling a story or conveying information,” said Fellows. “What we’re concentrated on is producing really insightful, intelligent video for a powerful, well-educated, affluent audience.”

The Wall Street Journal’s pitch seems to resonate well with buyers, who appear eager to buy into its audience-driven video approach. “We already know what type of target we can attract,” said Steve Carbone, chief digital officer at Mediacom. “There’s a lot of comfort for us that we can put our client in those publishers and know what were going to get back in terms of audience and data.”

This puts The Wall Street Journal in a good position, particularly if it can effectively prove itself as the ideal video platform for any buyer looking to reach the well-educated, affluent audience that it’s known for.

“You can make a nice living off that,” Carbone said.