Vox Media’s Melissa Bell: The industry has given Facebook too much emphasis in the conversation 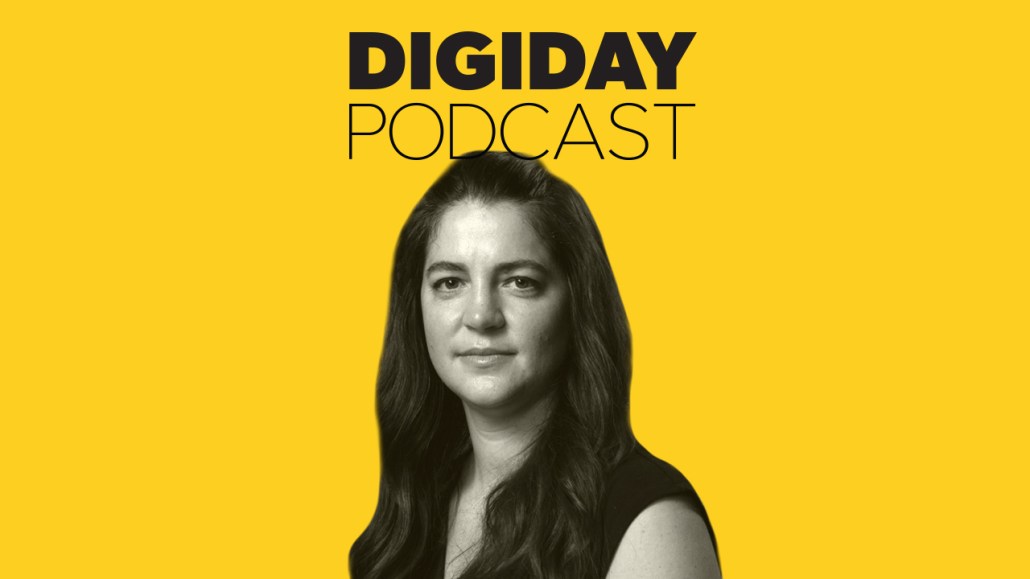 Digital media is going through a tumultuous period.

Layoffs at publishers such as Buzzfeed, Gannett and Vice in recent weeks have become the latest example in what appears to be a coming reckoning for new media companies. At the same time, successes where publishers have created differentiated brands also proves that it’s not all doom and gloom.

Melissa Bell, publisher at Vox Media, and the founder of Vox.com, is cheerily optimistic about the industry. For her, Vox Media has outgrown the label of a digital media company, and is growing into a modern media company — complete with diverse revenue streams, opportunistic acquisitions and a partnership with Facebook that may actually make it some money.

“I used to work at the Washington Post, and my belief then, and my belief now, is that if you do great work, that’s what’s going to show great results,” said Bell during a live taping of The Digiday Podcast at the Vox Media offices in New York City. “I’m really happy to see that traditional publishers are doing really well, but I don’t think that negates the fact that there’s really great work being done in other mediums as well. I think we’re a modern media company. We create products that are on television and in podcasts. We do live events. We’re not just stuck in one medium, so I think there’s a lot of opportunity in the digital medium space, but it’s not the only thing that we do.”

VC-backed publishers, like everyone else, need to create sustainable businesses
“First of all, the headlines [about media layoffs] were very depressing and sad. I hate to see talented journalists lose their jobs, and I particularly hate it because I am optimistic about this industry. I want young, talented journalists to feel like there’s a future in this business, because there is. We did have our own cutbacks, and a moment where we needed to make sure that we were setting ourselves up properly for the future. There’s no way that we can deny that our industry — and the part that I really take issue with is the focus on the digital part of it — is under a massive moment of transition. There’s a lot of things hitting us all at once, and we have to be incredibly focused on building quality products that people love, care about, and have a sustainable business. It doesn’t have to be one, single solution, it should be diversified, but it’s very important that we are thoughtful and smart about our approach right now, because it matters.”

It’s not all Facebook’s fault
“There have been problems with the relationship between Facebook and publishers. I’ve long thought that sometimes we’ve given Facebook too much emphasis in this conversation. I think in the past, media reporters have discussed it too much. I’ve thought about this as with Facebook, or any partnership that you create, you have to be thinking about it from a business perspective. In the past, people approached Facebook with the hope that it would provide solutions that they might not have been able to come up with themselves, and that was the wrong approach. I would say that this is something we probably stumbled on a bit last year, and I’ll be straightforward about that. We thought that the Facebook video opportunity would provide monetization opportunities for us, and it didn’t. But we’re now currently working with Facebook on a Watch product, and it seems to be going well, we’re finding a good audience and finding monetization results.”

Mass consolidation may be on the cards
“We are not merging with Buzzfeed. I think consolidation is a common theme throughout time, again I don’t think there’s anything in this time period that makes it different from the past, I think people make these business decisions when there’s an alignment in their business. The way that we’re approaching it at Vox Media is that right now, we want to be thoughtful about opportunities. We’ve recently had two acquisitions of our own that we’re really excited about. We recently had a new podcast join the Vox network, and we purchased The Coral Project, which is a fantastic digital platform that’s going to add a lot to our Chorus business. These are small acquisitions, but we want to be opportunistic about good business opportunities right now. If you want to say that there’s a trend happening, than that’s hopeful for us, but we want to be thoughtful about our business.”