How Vogue is making (a little) money on Instagram 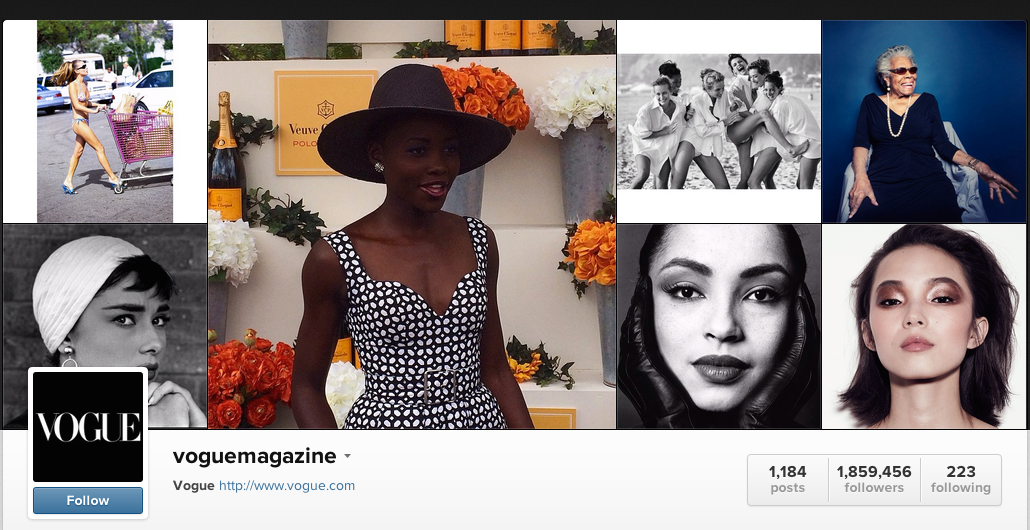 Those in the market for a new scarf — or, for that matter, those who prefer to wear scarves as belts — can now save themselves a trip to the store and buy the Steven Alan item featured below directly from a Vogue Instagram post.

Vogue, arguably the most iconic name in fashion publishing, has found a way to monetize that name on Instagram. The venerated title’s Instagram feed is now shoppable.

The new feature is courtesy of the publication’s partnership with rewardStyle, an ad tech company that specializes in affiliate marketing for fashion publishers. Vogue has integrated rewardStyle’s Like to Know  product, a feature that allows Instagram users to buy the items shown in an Instagram photo by simply liking the image. Now, when Instagram users like a Like to Know-enabled post from Vogue, they will receive an email instructing them on how to buy the item.

Vogue receives a commission on every item sold via the partnership, with high-end items fetching a commission rate of up to 20 percent, according to rewardStyle spokeswoman Kaetlin Andrews. (Vogue declined a request to comment.)

Andrews said the conversion rate for a Like to Know email is between 1 and 2.5 percent, and that Like to Know generates 1.5 million emails per day across its 100,000 registered users.

For a sense of how much revenue this could generate for Vogue, assume just 10 percent of the nearly 24,000 people who liked the Steven Alan scarf photo were Like to Know users. That would generate 2,400 referral emails. According to email marketing vendor MailChimp, the average open rate for an e-commerce email is 17.35 percent, meaning 416 opened Like to Know emails. If 2.5 percent of those 416 email recipients (10 people) bought the lowest priced item from the ensemble — one of the two $145 scarves — that would generate $1,450 in sales, or $290 for Vogue at a 20 percent commission rate (the highest possible).

Even speculatively, that’s hardly a drop in the bucket for Vogue, revenue-wise. But this partnership is in its infancy, and Vogue’s name seems to be attracting more users. Like to Know’s Instagram account, @Liketkit, increased its following by about 5,000 people the day the Vogue photo was posted. The account typically adds 2,000 users per day, Andrews said. For Vogue, it’s a way to earn some incremental revenue without much hassle. Perhaps most importantly, it’s a way for Vogue to prove its brand equity translates well to the Web in the face of print industry upheaval.

It’s also an ingenious way for Vogue — or any brand, for that matter — to monetize its presence on a platform whose value for brands is still unclear. While brands on Instagram can brag about their number of followers and likes, it’s difficult to calculate the value of those figures. Decreased organic reach on Facebook, Instagram’s parent company, has taught brands that a follower may not be as valuable as they once thought she was. Instagram ads have received both hundreds of thousands of likes and a deluge of negative reactions, making their worth also hard to judge.

The most confounding aspect is that Instagram is self-contained; because users can’t click through the photos they see, brands can’t direct users to a separate Web page, so there’s no way to directly track conversions. But quantifying Instagram’s worth to brands is an integral part of the media buying commitment Omnicom made with Instagram this March, a deal that could ultimately be worth $100 million.

It looks like Vogue won’t be alone for long, though. Andrew said that magazines under the Condé Nast and Hearst umbrellas have been “knocking down our doors.”

“You’ll see a number of big magazines utilizing Like to Know in the coming weeks,” she said.