Verizon Media CEO Guru Gowrappan: ‘The ad market is not going away’ 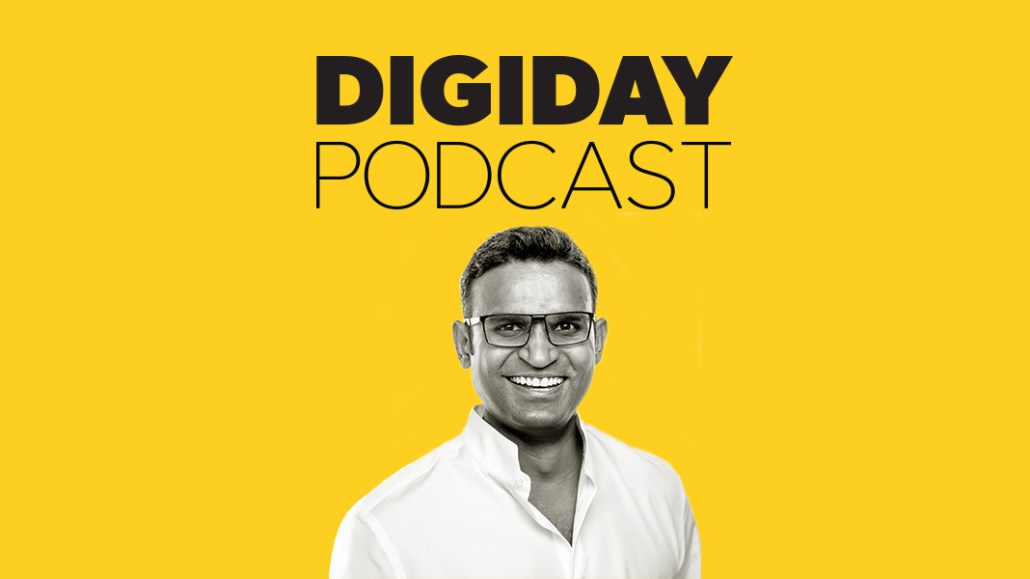 Verizon Media’s value to Verizon itself isn’t just as a media arm that can send user data or benefits back to the conglomerate.

Rather, its base of 900 million monthly active users is significant enough to bring value just across Verizon Media’s properties, including Yahoo, TechCrunch, AOL and HuffPost, according to CEO Guru Gowrappan.

On the Digiday Podcast, Gowrappan set up the example of an article about meditation on the newly launched Yahoo Life. “You can start not just having content but taking content and saying ‘Oh, you read about something, you may want to do a meditation session,’ and bringing that entire closed loop ecoysystem in the same wall,” Gowrappan said.

Gowrappan talked about what we can learn from consumer behavior in China, what the pandemic’s effect on internet infrastructures will be and how he cut his teeth at Overture.

“Three big core business pillars for Verizon is the consumer group, the business group (that works with a lot of enterprises) and the third one is the media group, which I’m representing here today. In the media group, the purpose we’ve set out that fits into Verizon is we are in the business of creating top content. We’re not going into linear, scripted content, but when you think about keywords like finance, sports, news, entertainment, we’re going to do that. And on the business side we deal with all these advertisers, at least at the infrastructure level. So if you think about our ad platforms as an example, there’s quite a bit of synergy going to a lot of these customers together.”

A wall between Verizon’s mobile subscribers and its readers

“We don’t do anything on the Verizon side of the data. This is all the content ecosystem that we have across AOL bringing that together. There’s enough signals. We’re talking about 900 million monthly active users, and people coming in, consuming content at a much bigger daily basis.”

The ad market is not going away. It might slow and decline a little bit, but eventually, more offline moves to digital. We’ve seen that in past downturns. 2008, what happened? The programmatic world became much bigger. A lot more things went online and digital. That’s the same thing that will happen when the GDP comes back and things become normal, you will see digital getting better and the outcomes getting stronger.

“We are an inspiration business. We create the top of the funnel, if you will. Let that be ads or content that helps to go create purchase intent. You could be buying travel, you could be buying fashion. Sixty percent of our content has commercial intent when you look at it. When we categorize content editorially or what we syndicate from third parties, we categorize them into ‘These have commercial intent and these don’t.'”

This Friday, at noon ET, we are airing our fifth episode of The New Normal, a weekly interactive show focused on how publishers are adapting their businesses. Barstool Sports CRO Deirdre Lester will talk with Digiday editor-in-chief Brian Morrissey about adapting the company’s revenue strategy in the absence of (non-virtual) events. Register here.