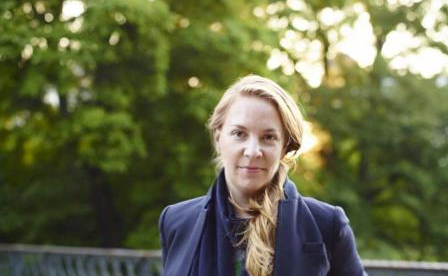 Upworthy, one of the kings of viral publishing, may be known for its headlines and extensive A/B testing, but it also wants to be known for stronger storytelling.

In its latest bid to go legit, the site said on Tuesday that it has hired Amy O’Leary, former New York Times’ international editor, to be its new editorial director. O’Leary, who co-authored NYT’s innovation report, is also a veteran of public radio’s “This American Life” and gives Upworthy significant editorial clout as it attempts to raise its profile in the eyes of readers — and brands.

Many in the journalism world like to turn their noses up at Upworthy, which built a huge audience on the back of you-can’t-help-but-click headlines like “When 2 Famous Singers Came Out As Gay — And 9 Other Great Things That Happened In 2014 Country” and “A Star Athlete’s Agent Said He Was Making The Biggest Mistake Of His Life. Didn’t Matter.” The feel-good, progressive site’s tactics were so successful that it became the poster child for “click-bait,” the nebulous term often affixed to curiosity-gap headlines Upworthy perfected as an art. For O’Leary, Upworthy’s ability to attract — and ultimately retain — such attention is nothing to be ashamed of.

“The big question today for publishers like The New York Times is getting people’s attention on difficult, important and challenging topics. That’s the whole game,” she said. “Journalism needs to figure out how to master that piece so that the most important stories reach their maximum possible audience.”

The hire comes at a critical moment for Upworthy. The 2-year-old site, founded by former MoveOn executive director Eli Pariser and former Onion managing editor Peter Koechley, rose on the back of Facebook referrals, earning the designation of the “Internet’s fastest-growing site ever.” But Upworthy found what Facebook gives, it can easily take away. A 2014 tweak to its algorithm, for example, helped the traffic of a number of viral sites, including Upworthy. The site got 16 million unique visitors in November, down 7 percent from its height of 17.9 million monthly unique visitors a year earlier.

“Right now, we’re wondering whether they’re risking losing readers who aren’t just jumping at the racy titles anymore,” said Carla Fernandez, brand and culture director at Enso, an advertising agency. “While we know that the Upworthy effect is great for traffic numbers, we’re also seeing people not necessarily trusting whether that will also deliver. People are getting hesitant there. We want to know that Upworthy is a trustworthy news outlet.”

Upworthy does not consider itself a news outlet, however. It has long maintained that its A/B testing tactics are secondary to its mission of getting people to share meaningful content about social issues.

“The most special thing about us has never been the shareability of our posts,” said Upworthy CEO Eli Pariser. “There are going to be other people who master the mechanics, but we’re always going to be the brand that stands for meaningful content.”

Upworthy has also offered that social expertise to brands, which have used it as a distribution platform for their own feel-good campaigns. Gap, for example, used Upworthy to raise awareness about minimum wage. Unilever, Skype and CoverGirl have also worked with Upworthy on campaigns.

“These guys are doing things in a way that’s more click-baity than I wish it was, but I like that there’s an underlying purpose for something positive that they’re using the social vector to spread. The world needs something like that,” Kyle Acquistapace, director of media and data strategy at Deutsch LA, said.

O’Leary didn’t specify whether Upworthy plans to shift its editorial strategy, including whether Upworthy would begin to produce unique content, something it has to-date spurned in favor of unearthing uplifting, interesting content from YouTube and elsewhere. “There’s always a balance between good storytelling and meeting readers’ expectations. You have to build trust,” she said.

Beyond headlines, there’s also the bigger question of how Upworthy can maintain its audience advantage at a time when the Web makes it almost trivial for viral publishers to spring up and grow massively in only a few months. The likes of PlayBuzz, Viralnova and Elite Daily have all harnessed the same tools that Upworthy has, and have grown just as quickly. Pariser preaches mission, but others see tactics that sometimes run counter.

“For how great the mission is, the headlines can feel inconsistent with that mission because of the way that they’re worded,” Acquistapace added. “That’s the disconnect.”