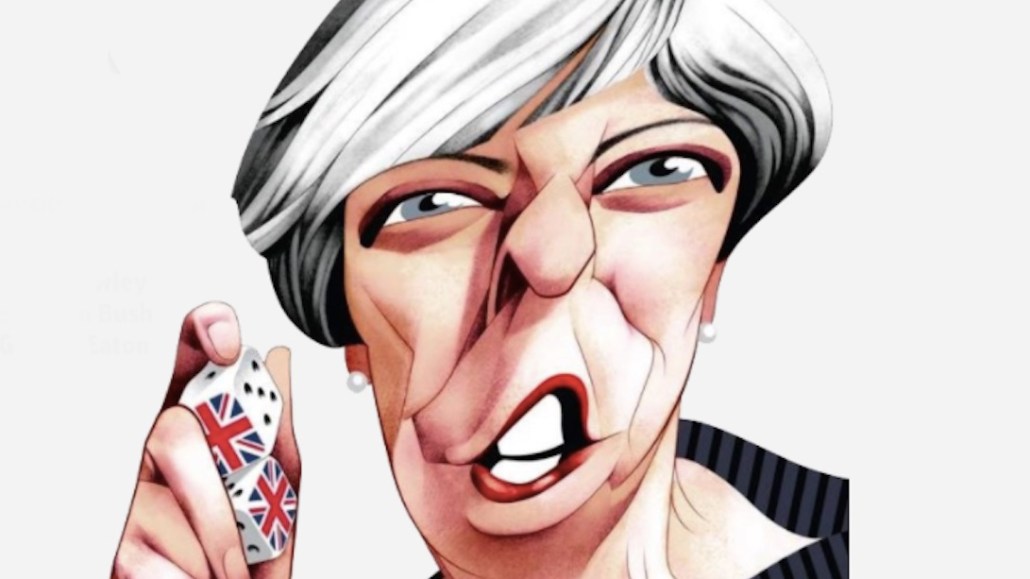 British politics and culture weekly the New Statesman is launching a separate site this week called June 2017, which will focus on the upcoming snap general election set for June 8.

Rather than the publisher’s usual fare of long-essay reads and opinion pieces, all the dozen-plus pieces of content there will be data-led. It will focus on interactive data pages, which will track all the latest polls, as well as give regional analysis on voting predictions across the election campaign. The New Statesman will also broadcast an election special of its podcast, hosted by deputy editor Helen Lewis and correspondent Stephen Bush. The publisher is tapping at least two staffers to run the new site — including a head of data — and will also draw on its network of freelance writers.

“We are launching this to help tell a more comprehensive story of the election, by using statistics and hard facts,” said Sam Hall, chief digital officer at parent company Progressive Media. “We’ll take the data and then write the story around it; data will lead the articles.”

While the general public may have cause to distrust polls after the U.S. election and European Union referendum results came as a surprise, Hall believes the polling companies themselves are putting measures in place to rectify this. The effort is similar to ESPN’s FiveThirtyEight and The New York Times’ Upshot.

The New Statesman hopes to replicate the success it had last year with its election offshoot site, May 2015, named after the date of the U.K.’s last general election, which took place on May 7 of that year. This hub for the New Statesman’s election coverage included aggregates of polls, opinion essays and the latest news coverage. From April to May 7, 2015, the site had 7.1 million views, up from 40,000 in the first month the site was launched nine months earlier, according to Hall.

Hall envisages the New Statesman will launch more sites around global topics. “As a web development team and a content team, we need to be reactive to what’s going on, as long as they are topics we feel will benefit the reader.”

The 103-year-old liberal publisher — which boasts notable former contributors Bertrand Russell, George Orwell, Virginia Woolf, Christopher Hitchens and Martin Amis — has published about a dozen articles a day on the election, which was announced April 18, from its editorial team of 25 journalists. Some popular pieces include “The 4 questions to ask any politician waffling on about immigration” and “Voted Remain? How you can use the general election to kick out hard Brexiteers.” A number of these will also appear on June 2017.

The website is ad funded, but the New Statesman is using most of the ad space to push subscriptions to its print product. It has reached a weekly print circulation of 35,000, which Hall said is a 35-year high.

“We don’t see the print and the digital product as different entities,” Hall said. “They work in synergy. As the traffic grows on our content, so do our subscription numbers.”